by Naharnet Newsdesk
4 hours ago 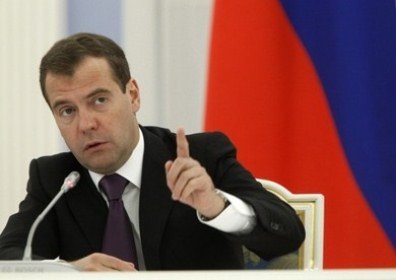 Russia warned on Wednesday that “terrorist organizations” may arise in Syria should President Bashar al-Assad’s regime fall under pressure from ongoing street protests.

“If the Syrian government is unable to hold on to power, there is a high probability that radicals and representatives of terrorist organizations will become entrenched,” Interfax quoted a top foreign ministry official as saying.

Russia has been attracting increasing international anger over its continued support for Syria despite a government crackdown on protests that the United Nations estimates has killed around 2,600 people.

Moscow has refused to support Western sanctions against its Soviet-era ally and argues that equal pressure should also be placed on protesters who refuse to engage Assad in direct talks.

President Dmitry Medvedev last week also said that some of those taking part in the Syrian demonstrations had links to “terrorists”.

“Strange things are happening in Libya,” Interfax quoted Rogachyov as saying during a lecture in Russia’s second city of Saint Petersburg.

“Weapons storages have been burgled and no one knows what happened,” he said. “We can say with a high degree of probability that the weapons fell into the hands of the regional department of al-Qaida.”

Russia heavily criticized the NATO-led campaign against Gadhafi’s forces after abstaining on a U.N. vote that authorized the action.

One Reply to “Russia Warns ‘Terrorist Organizations’ May Rise in Syria”