Legendary comedian John Cleese says that London is ‘no longer an English city’ – and claims that’s how the capital landed next year’s Olympics.

He also says he can’t return to live in Britain, due to the country’s tax laws, and is likely to move to a continental tax haven.

Mr Cleese, 71, told Australian television that London no longer had a ‘parent culture’, and said that in some areas it was impossible to find an English person. 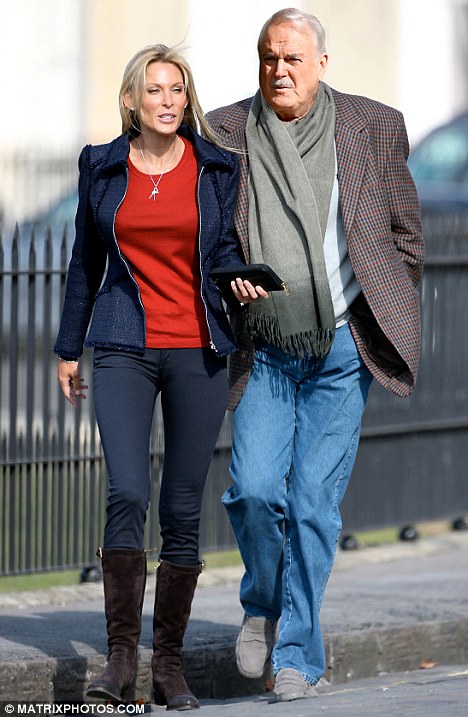 Outspoken: John Cleese, pictured with new girlfriend Jennifer Wade, says that he no longer feels at home in London

He made the comments when promoted his upcoming appearance at the ‘Just for Laughs’ festival at the Sydney Opera House, to be followed by a stand-up tour of the country in the New Year.

The Fawlty Towers star has embarked on an international tour, his first stand-up gigs in decades, to pay the alimony owed to his third wife.

During an interview on ABC show 7.30, he was asked for his take on the recent riots, and responded by taking a pot-shot at multiculturalism. 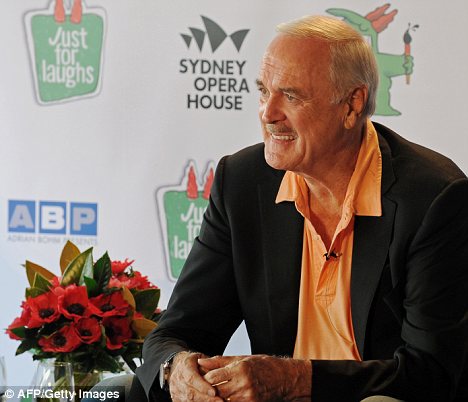 Performer: Mr Cleese made his comments while promoting his appearance at the Sydney Opera House this week

‘Because London is no longer an English city, and that’s how they got the Olympics: they said “We’re the most cosmopolitan city ever,” but it doesn’t feel English.’

The Monty Python comedian added that visitors to the capital were often bemused by the apparent lack of English people in the city.

He said: ‘I had a Californian friend come over two months ago – he walked down the King’s Road and said, “Well where are all the English people?”

‘And I love having different cultures around, but when the parent culture dissipates, you’re left thinking, “Well what’s going on?”‘ 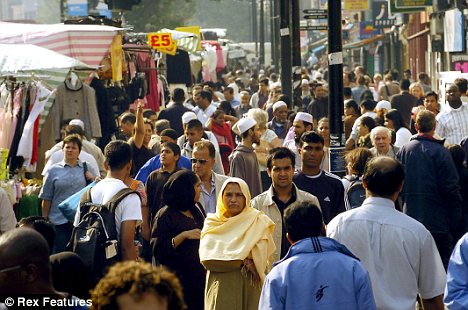 Diverse: Areas of London like Whitechapel, pictured, are extremely multicultural

Mr Cleese’s comments – which might be surprising, coming from a prominent supporter of the Liberal Democrats and President Barack Obama – were welcomed by anti-immigration campaigners MigrationWatch.

‘London is not the city I knew as a child and it saddens me that many of the unwelcome developments have largely been the result of mass and rapid migration.’

Around a third of the population of London was born outside the UK, and over 300 languages are believed to be spoken in the city. 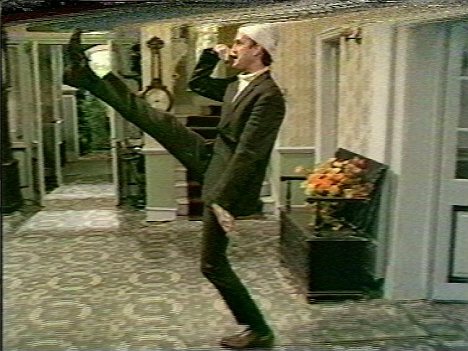 Legend: The veteran funnyman is known for characters such as Basil Fawlty

Earlier this year, Mr Cleese announced that he would rather live in Bath than the capital, saying ‘it feels like the England that I grew up in’.

However, multiculturalism is not the only reason Mr Cleese no longer lives in the UK.

Although the ‘ruthlessness and cynicism’ of America’s politics have prompted him to seek a move away, he told The Australian that Britain’s tax laws would not allow him to ‘try and repair my finances’.

He hinted that he might settle in Australia, where he is ‘genuinely comfortable’, but concluded that he would probably end up living in Switzerland or Monaco, where the tax regime is helpful to the super-rich.

He also criticised Britain’s press, calling it ‘the worst in the world’.

Mayor Boris Johnson hit back and told the Evening Standard ‘we should celebrate’ London’s diversity.

His spokesman said: ‘If the King’s Road is jam-packed with visiting foreign tourists then that is something we should celebrate.’

A friend of Mr Johnson added: ‘Only an idiot would not want London to be the global capital of retail, food and fashion. We can’t all be Basil Fawlty.’

And Labour’s Mayoral candidate Ken Livingstone said: ‘To stay competitive London must be what New York is to the USA, a global centre of business, culture and innovation, none of which can be achieved without people of all nations working and living here.

‘Without that London’s status as a driver of the British economy would be permanently lost.’

Mr Cleese has returned to headlines ever since his divorce from Alyce Faye Eichelberger, whom he has been made to pay more than £12million in alimony.

He is currently dating jewellery designer Jennifer Wade, who is over 30 years his junior.