Nice to see a piece that so well explains why Assange is no hero. To put it mildly.

From the Wall Street Journal:

How does this year’s phone hacking scandal at the now-defunct British tabloid News of the World—owned, I hardly need add, by News Corp., the Journal’s parent company—compare with last year’s contretemps over the release of classified information by Julian Assange’s WikiLeaks and his partners at the New York Times, the Guardian and other newspapers?

In both cases, secret information, initially obtained by illegal means, was disseminated publicly by news organizations that believed the value of the information superseded the letter of the law, as well as the personal interests of those whom it would most directly affect. In both cases, fundamental questions about the lengths to which a news organization should go in pursuit of a scoop have been raised. In both cases, a dreadful human toll has been exacted: The British parents of murdered 13-year-old Milly Dowler, led to the false hope that their child might be alive because some of her voice mails were deleted after her abduction; Afghan citizens, fearful of Taliban reprisals after being exposed by WikiLeaks as U.S. informants.

Both, in short, are despicable instances of journalistic malpractice, for which some kind of price ought to be paid. So why is one a scandal, replete with arrests, resignations and parliamentary inquests, while the other is merely a controversy, with Mr. Assange’s name mooted in some quarters for a Nobel Peace Prize?

The easy answer is that the news revealed by WikiLeaks was in the public interest, whereas what was disclosed by News of the World was merely of interest to the public. By this reckoning, if it’s a great matter of state, and especially if it’s a government secret, it’s fair game. Not so if it’s just so much tittle-tattle about essentially private affairs.

You can see the attraction of this argument—particularly if, like Mr. Assange, you are trying to fight extradition to Sweden on pending rape charges that you consider unworthy of public notice. 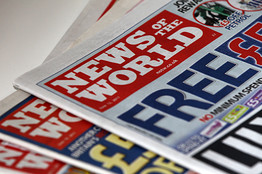 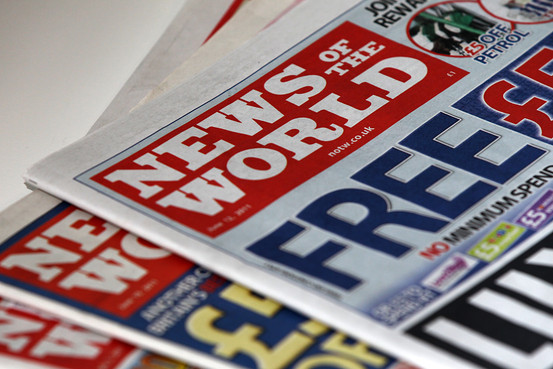 You can also see its attraction to anybody who claims to know what the public interest ought to be and is in a position to do something about it. In June 2006, the New York Times revealed that the Bush administration had a secret—and highly effective—program to monitor thousands of banking transactions in an effort to stop terrorism financing. Several months later, the Times’ own public editor argued that the program was entirely legal and that the article should never have been published. The Gray Lady moved on.

But you can also see why the distinction between the Public Interest, loftily defined, and what actually happens to interest the public, not-so-loftily defined, is a piece of rhetorical legerdemain that masks a raw assertion of privilege. Was it in the higher public interest to know, as we learned from WikiLeaks, that Zimbabwe’s prime minister and opposition leader Morgan Tsvangirai was privately urging U.S. diplomats to hold firm on sanctions even as he was saying the opposite in public? No. Did the public want to know about it? No. What did this particular WikiLeak achieve? Nothing, except to put Mr. Tsvangirai at material risk of being charged with treason and hanged.

2 Replies to “News of the World vs. WikiLeaks”