Police arrested six men in a series of dawn raids targeting a gang believed to be involved in the sexual exploitation of teenage girls.

The men are reported to have supplied alcohol and drugs to under-age girls at sex parties.

The operation by Greater Manchester Police follows a three-month investigation involving around 100 detectives. 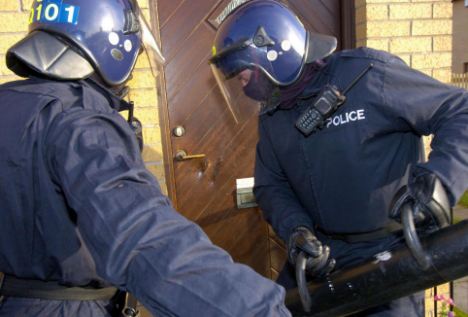 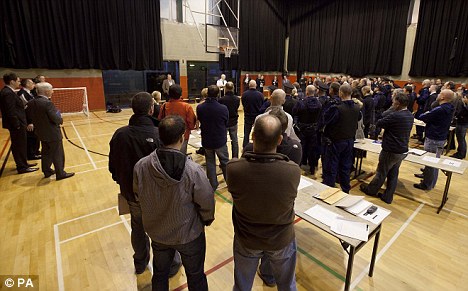 Officers are briefed for the series of raids that were carried out this morning. The investigation involved around 100 detectives

The men are being held on suspicion of trafficking within the UK for the purposes of sexual exploitation.

Addresses in Longsight, south Manchester, Salford and Clayton were targeted.

Police say the victims are teenage girls living in the Stockport area.

A spokesman said: ‘This morning a joint operation by officers from GMP’s Major Incident Team and Stockport Division is making a number of arrests in connection with an investigation into organised crime groups. 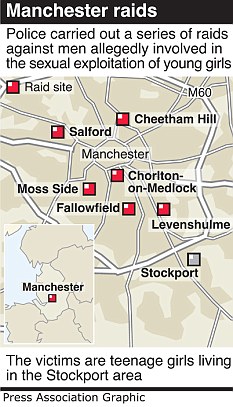 ‘Focusing chiefly on child sexual exploitation, the investigation involves around 100 detectives and is one of the largest ever carried out by the Serious Crime Division.

‘The arrests are the result of a three-month inquiry into the sexual exploitation of a number of teenage girls from Stockport by men.’

Six men have so far been arrested at addresses in Cheetham Hill, Fallowfield, Levenshulme, Moss Side and Chorlton-on-Medlock, all Manchester or Salford.

Assistant Chief Constable Terry Sweeney, of GMP, said: ‘I hope today’s action shows people in Greater Manchester that the issue of sexual exploitation is one that we take extremely seriously.

‘This is the largest-ever operation carried out by the Major Incident Team and we have had dozens of detectives, including a team from Stockport, working on this investigation.

‘It is believed there could ultimately be more victims in this case and officers now want to hear from anyone else who thinks they may have been sexually exploited.

‘I want to reassure the people of Greater Manchester that we have a number of operations currently targeting this kind of criminal behaviour. 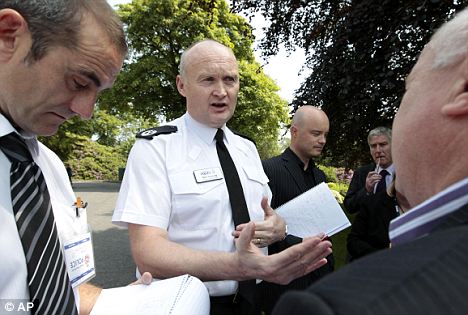 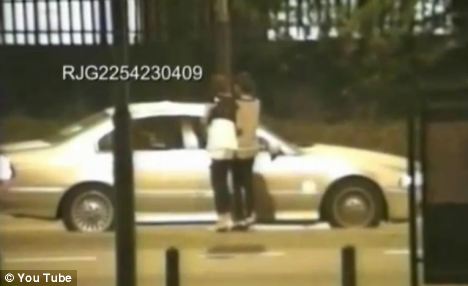 ‘I cannot go into details as that could jeopardise the operations, but people need to know this issue is at the top of GMP’s priorities.

‘We work closely with local authorities, and other organisations such as Barnardo’s, to address the specific issue of adults befriending and grooming younger people for sex.’

Earlier this year two men – Abid Saddique, 27, and Mohammed Liaqat, 28 – were jailed for a total of 19 years after targeting underage girls.

The sexual predators – both British-born fathers of Pakistani origin who had arranged marriages in that country – cruised the streets of Derby in either a Range Rover or a BMW looking for vulnerable young girls to prey on.

Last year a middle-class, privately-educated schoolgirl – also from Rochdale – was rescued after being forced to act as a sex slave to a gang of Asian men.