I don’t know everyone has seemingly missed this guy but he is the most creative despoiler of koran’s I have yet seen. He makes my Korandle pale by comparison. He has done a video every single day since what looks to be January of this year, way before the current Afghan riots, with a new idea each time. Some, too vulgar to write out here, and of course these are the most viewed, and some funny and some banal, but all good solid desecration of Islam’s ‘holy’ book.

Just for this guy. I doubt anyone else will earn this one for quite some time. His is likely a record that will stand the test of time. But we can always hope can’t we? 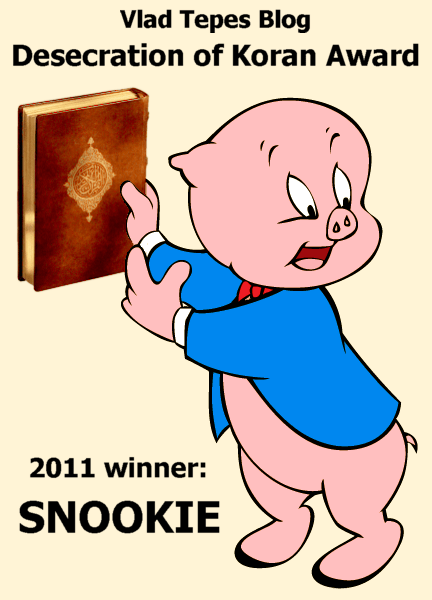 8 Replies to “And the desecration of the Koran award goes to….”