From Oct 2010 the Oxford Times 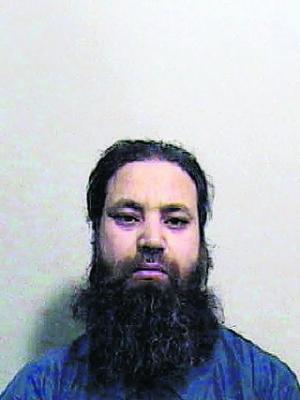 Mehmood, 44, was yesterday jailed for six years after earlier admitting sexual assault and a serious sexual assault on the Oxford youngster, who he lured by claiming to be a taxi driver.

But the court was told Mehmood, of Crowell Road, Cowley, will be out in under two years and eight months as he has already served 134 days on remand. Prisoners serve only half their sentence.

Speaking after the sentencing, the boy’s mother said: “It’s a disgrace, I’m disgusted.

“He should have been jailed for life. I could understand if it was his first offence, but he was already on the sex offenders’ register.”

Mehmood was jailed for 30 months in 2006 after he committed a similar crime on an eight-year-old girl in Blackbird Leys.

Matthew Walsh, prosecuting, said the 13-year-old was walking to South Park in East Oxford to play football at 6pm on June 8 when Mehmood pulled up in a silver Hyundai.

“The boy said he didn’t have any money, but Mehmood said it was a free journey, it would be on the house.”

As the journey progressed, Mehmood took a meandering route and asked the boy about sex, Oxford Crown Court was told.

He drove down Hill Top Road to a secluded area by Southfield Golf Club and committed two serious sex assaults before the boy managed to run away and alert a passing cyclist.

Mehmood lost his taxi driver’s licence after the 2006 incident, the court was told.

Stephen Bailey, defending, said his client, who spoke through a Punjabi interpreter, was depressed by the death of his father and his inability to comfort his mother in Pakistan.

He said: “He has a liking for young boys but on this occasion his thought process was muddied.

“One thing that is very clear is that Mr Mehmood has shown remorse.”

Judge Christopher Compston said: “The effect on this young man we will never know.

“For all we know in the 15 to 20 minutes you were with him you may have damaged him for life.

He was jailed for six years, with an extended period of licence.

Mehmood admitted the 2006 attack, which saw him jailed for two-and-a-half years.

Oxford Crown Court was told he abused an ‘extremely vulnerable’ eight-year-old girl who he was tasked with driving to school.

He bought her sweets, the court was told.

Judge Anthony King said Mehmood would pose ‘a continuing risk’ after release, and so passed an order banning him from working unsupervised with children.

6 Replies to “Fake cabbie jailed for sex assault on boy, 13”