“Europe is not occupied by any external force, but in spite of this fact the continent finds itself in the throes of one of the greatest demographic upheavals in its history…”

The following analysis of the Islamization of Europe was written by Michael Mannheimer in 2009 and originally published in German at the Bürgerbewegung Pax Europa website.

The translation below was adapted from a pdf document. Since the original has both footnotes and endnotes, I have taken the footnotes and converted them into endnotes with a different sequence, based on lower-case letters enclosed in square brackets (example: [a]) 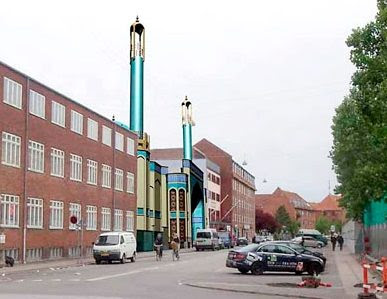 Eurabia: The Planned Islamization of Europe
by Michael Mannheimer

The Example of Denmark

The Islamization of Europe is in full swing. The majority of Europeans are helpless against this development. They are informed neither about the true essence of Islam, nor about the background of Islamic politics on European soil. The Muslims have not come to integrate into European societies. Their goal is the transformation of Europe into an Islamic realm where Shari’a alone, the law of Islam, will rule.

This series of documents brings important information to light with regard to this issue with the hope that the expansionist desires of the Muslims and their supporters in the Western Elite will be met with much-needed resistance.

Please click on over to Gates of Vienna to see the rest of this important, excellent and thorough document.

3 Replies to “Eurabia: The Planned Islamization of Europe”