Quick, the hamburger chain that originated in Belgium, has reformed eight of its hamburger restaurants in France. Nothing special at first sight, but the establishments in Toulouse, Marseille (2), Roubaix, Villeurbanne, Argenteuil, Garges-lès-Gonesse and Buchelay now only serve halal food that is approved by specialists attached to the local mosque community and the great mosque of Paris. “Unclean” products, such as pork and alcohol, are banned. At the entrance of these hamburger restaurants, there is a sign which underlines the Islam friendly nature of these establishments. 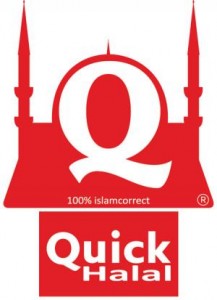 It is obvious that this is an alarming evolution. In a press release, Vlaams Belang chairman Bruno Valkeniers and Vlaams Belang leader in the Flemish Parliament Filip Dewinter state that “by being offered these products, Muslim extremists are stimulated to impose their stringent Islamic rules.” Vlaams Belang thinks that Quick offers a helping hand to the Islamisation. If ‘halalquicks’ will be opened in Flanders as well, our party and Cities against Islamisation will definitely take action.