Canada may well be the last bastion of true liberalism in the world. If so, we as Canadians have a great deal to be proud of. Here is some rare good news and I might add, much of the good news recently overall is indeed from Canada. From the Ottawa Citizen: 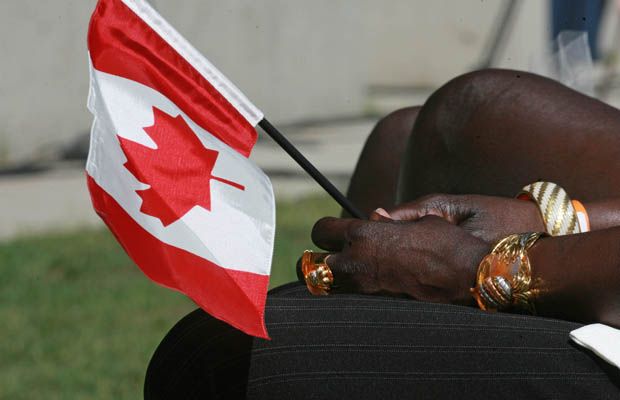 The new guide, released Thursday by Jason Kenney, Minister of Citizenship, Immigration and Multiculturalism, says in a section called “Equality of Women and Men” that such practices are illegal and severely punishable under Canada’s criminal laws.

“Multiculturalism doesn’t mean that anything goes. Multiculturalism means that we celebrate what’s best about our backgrounds, but we do so on the basis of common Canadian values and respect for our laws,” said Kenney.

“It’s no secret that we’ve seen instances of culturally rooted abuse of women, so-called ‘honour killings,’ forced marriages, and spousal abuse, and even female genital mutilation. We want to make sure that people understand that multiculturalism doesn’t create an excuse to engage in those barbaric cultural practices.”

The updated guide, called Discover Canada: The Rights and Responsibilities of Citizenship, also puts greater emphasis on the obligations of citizenship, such as getting a job, as well as military history.

Kenney said it is a significant improvement from the 1997 Liberal version.

Discover Canada also delves into Canada’s historical — and sometimes controversial — past, through mention of the Hudson’s Bay Company’s trading rights, the War of 1812, the Rebellions of 1837-38, Confederation, Louis Riel’s armed uprisings, the Quiet Revolution and Quebec sovereignty. The guide goes on to expound on the world wars, including an explanation of Remembrance Day and the poppy, all of which is prefaced at the beginning of the guide in a section called Defending Canada.

“There is no compulsory military service in Canada. However, serving in the regular Canadian Forces (navy, army, and air force) is a noble way to contribute to Canada and make an excellent career choice,” reads the guide.

Jack Jedwab, executive director of the Montreal-based think-tank Association for Canadian Studies, says the new citizenship document represents a clear victory for the “well intentioned” proponents of Canada’s military history, who have long argued that the country’s pivotal participation in the two world wars should occupy a more central place in our national identity.

But he says a recent Canada-wide survey by ACS highlights the limits of touting Canada’s achievements in the First World War and Second World War as a way to strengthen citizens’ sense of belonging in a country with such diverse experiences of those epic conflicts.

Asked to choose the most significant event in Canada’s history from a list of 10 “defining moments” that shaped the country’s character, about 20 per cent of English-speaking respondents named the wars — second only to Confederation itself (28 per cent).

The Bloc Quebecois believes the new citizenship guide marginalizes Quebec’s status as a nation, and the role of French-Canadians as one of two founding groups of Confederation and the British North American Act in 1867.

The new guide describes Canada’s three founding peoples as Aboriginal, French and British — while historically it’s generally been only the latter two.

Bloc citizenship and immigration critic Thierry St-Cyr believes it’s important to acknowledge the contributions of First Nations in Canada’s history, but said the guide is rewriting that role.

St-Cyr was also critical of the guide for touting the benefits of the monarchy and suggestions that the Queen is a “symbol of Canadian sovereignty” who plays an important role in encouraging Canadians “to give their best to their country.” He said it should instead explain more about the political realities of Quebec and what makes it distinct.

Highlights from “Discover Canada: The Rights and Responsibilities of Citizenship”

– On who we are: “To understand what it means to be Canadian, it is important to know about our three founding peoples — Aboriginal, French, and British.”

– On religion: “The great majority of Canadians identify as Christians. The largest religious affiliation is Roman Catholic, followed by various Protestant churches. The number of Muslims, Jews, Hindus, Sikhs, and members of other religions, as well as atheists, are also growing.”

– On Quebec: “The movement for Quebec sovereignty gained strength but was defeated in the province in 1980 and 1995. The autonomy of Quebec within Canada remains a lively topic — part of the dynamic that continues to shape our country.”

– On Aboriginal Peoples: “From the 1800s until the 1980s, the federal government placed many Aboriginal children in residential schools to educate and assimilate them into mainstream Canadian culture. The schools were poorly funded and inflicted hardship on the students; some students were physically abused.”

– On arts and culture: “Artists from all regions reflect and define our culture and forms of creative expression and have achieved greatness both at home and abroad.”

– On great Canadians: “Mike Lazaridis and Jim Balsillie — Co-founders of Research in Motion (RIM), a wireless communications company known for its most famous invention — the BlackBerry.”

– On the Queen: “The Sovereign is part of Parliament, playing an important, non-partisan role as the focus of citizenship and allegiance, symbol of Canadian sovereignty, guardian of Constitutional freedoms, reflection of our history and an encouragement for Canadians to give their best to their country, most visibly during Royal visits to Canada.”

With files from Mike De Souza and Randy Boswell

© Copyright (c) Canwest News Service
More great analysis on this from Gates of Vienna. Take the click over it’s well worth it.

4 Replies to “Citizenship guide says no to ‘barbaric’ cultural practices”