I see this as the beginning or perhaps closer to the middle of the process of Balkinization of Ireland. Couple the story below with recent threats against foreigners and the usual North South Irish issues and the upcoming vote for the EU constitution, and you have a recipe for factionalization in Ireland. I hope I am being naive and under informed on this matter.

This article shows that the enemies of freedom are not just Islam and the left. The conservative Christian right here and there seem to have some of the same desire to crush debate and genuine freedom of speech required for a free and democratic not to mention secular society. I find this terrifying. Those who believe in the central pillars required to maintain civilization are being squeezed tighter and tighter by more sides.

I do not know who said this although it is credited to many, but the phrase ‘I do not agree with what you say, but I will defend with my life you’re right to say it’ has become nearly extinct as a popular sentiment and with it, the light of progress, civilization, tolerance and liberalism. 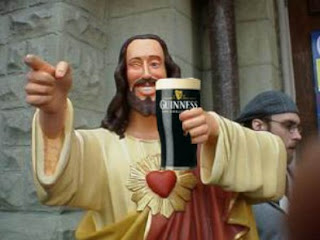 On Friday July 11th, 2009, Ireland passed the Defamation Bill by one vote. One of the aspects of this bill would make it illegal to criticize religion… any religion under penalty of fines up to 25,000 Euros. That is the equivalent to nearly $35,000.

When I first heard this story on the internets, I was certain that it was a false story. I read the story, googled it, checked out legitimate Ireland news sites, and double checked more Ireland news sites. The story checks out. It seems that the Blasphemy Clause of the Defamation Bill was challenged in the legislature by an amendment which would delete such a clause. The amendment to delete the clause initially passed by one vote, but a request was made for a “walk-through vote.” During that time two more Senators came in and voted against the amendment to delete the clause. This meant that the clause would stay in the bill. The bill then passed by the same margin.

Here is an excerpt from the Blasphemy Clause:

(1) A person who publishes or utters blasphemous matter shall be guilty of an offence and shall be liable upon conviction on indictment to a fine not exceeding €100,000. [Amended to €25,000]

(2) For the purposes of this section, a person publishes or utters blasphemous matter if (a) he or she publishes or utters matter that is grossly abusive or insulting in relation to matters held sacred by any religion, thereby causing outrage among a substantial number of the adherents of that religion, and (b) he or she intends, by the publication or utterance of the matter concerned, to cause such outrage.

This part of the bill makes it illegal to criticize any religion either verbally or in writing. Saying anything in which a “substantial number” of followers might find offensive would now be a crime in the Ireland. But the bill goes even further. Here is another excerpt:

The Garda Siochana is the Irish police who can now (under this law) break into people’s homes and confiscate copies of any book which might be critical of any religion. I keep trying to point out that any religious criticism is a crime, because many Christians are critical of differing religions. Atheists are not the only ones being targeted here. Simply claiming that the Pope is not infallible might be considered blasphemous to many Catholics. Claiming that the prophet Joseph Smith was not really visited by angels and given magic golden plates would be blasphemous to Mormons. Mentioning the prophet Mohammad without adding the phrase “peace be upon him” would be considered blasphemous to Muslims. And claiming that Scientology is a sham and that Tom Cruise is crazy would obviously be blasphemous to Scientologists.

Staks Rosch is an Examiner from Philadelphia. You can see Staks’s articles on Staks’s Home Page.