Pro-Palestinian demonstrators stormed the lobby of the Israeli consulate in Montreal on Thursday, in protests of the 13-day long IDF operation in Gaza.

“Canada should immediately end diplomatic ties with the Israeli apartheid regime, starting with the expulsion of Israeli representatives from Canada,” one of the demonstrators was quoted as saying.

The protesters blocked access to the consulate, calling for the expulsion of its staff, until they were physically removed by police.

Slogans such as “fight the power,” “turn the tide,” and “end Israeli apartheid” were reportedly chanted during the demonstration.

More here: From what I can find, it appears to be a classic mix of leftists and Islamists. 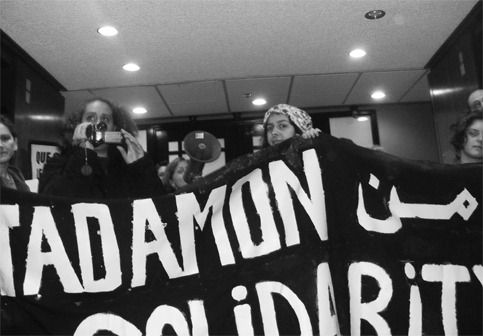