Islamism is the Racism of Our Time 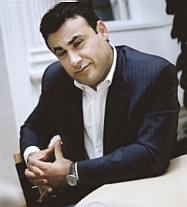 Today marks the seven year anniversary of the attack on World Trade Center in New York. At least 2,986 people lost their lives in the terrorist assault, which was planned and executed by Al Qaeda.

The tragedy came as a shock to the free and democratic world, and the response was swift. The War on Terror was declared, and also Denmark volunteered to join battling the evil that terrorism is an expression of.

Today, on the 7th anniversary of 9/11, we face the fact that the War on Terror is not won. It is, however, not lost either. It’s more like a draw. And we are facing the fact that while the democratic world, using its superior firepower, has been able to keep the terrorists at bay, we have failed in a different battle.

This battle is one we have not launched in a similar decisive fashion. This is the battle against political Islam. Today, the Islamists are stronger than ever. While we shoot at terrorists in Afghanistan and elsewhere, the Islamists are winning still more souls for their cause. Both in the Arab world, in the Muslim countries in Asia, and amongst the Muslim minorities in the Western countries.

Islamism as a political ideology is now a more serious threat against democracies than the violent terrorism that Al-Qaeda have been advancing. We simply need to wake up.

As Islamists gain a footing in still more countries, the very values that our soldiers fight for in Afghanistan are repressed. Freedom of expression is the first to go, and freedom of religion with it. In societies adhering to Sharia, fundamental civil liberties are suspended, and laws discriminating against ethnic and religious minorities are passed, with reference to religious doctrine.

Islamism is the racism of our time. It can be said no more clearly than this. And as such, a united democratic world must turn against Islamism — not seeking ‘dialogue’ or ‘understanding’, but in rejection and concrete resistance.

Later this year, the United Nations will hold a conference on racism. Durban II in Geneva. In spite of this conference, which, like the first, is being hijacked by Islamic countries to support Sharia, the Danish government has chosen to participate. Other countries, including Canada, will boycott it. Now that Denmark chooses to participate, this opportunity must be seized to make a firm stand.

I believe that the Danish government should use Durban II to propose a condemnation of political Islam as a racist ideology. We owe it to ourselves and to our soldiers, who set their lives on the line fighting terrorism on the battlefield, that we at the lofty conferences in the international society act equally firmly and with principle against Islamism.

The Islamists’ assaults and threats against authors, cartoonists, and other intellectuals, who challenge their monopoly on the right teaching, are increasing in strength. We experience it in Denmark with the threats against cartoonist Kurt Westergaard, and this goes on worldwide.

Recently, at a conference in France, I had the opportunity to meet some of the victims of Islamist intimidation. They were brave people standing firm in their criticism of religion — and for that reason were forced to live a life with security guards and insecurity for themselves and their families.

It is time that we discard the velvet gloves and make this clear: There exist religious practices that are not compatible with fundamental human rights. Islamism is one of those, and must therefore be fought.

It is not sufficient to keep killing Taliban warriors on the battlefields of Afghanistan, if we do not simultaneously put our fullest efforts into the other battle. If our souls are lost to the Islamists, we will eventually lose the War on Terror. Democracy must learn to strike hard.

Naser Khader is a Danish Muslim, immigrant of Syrian background, and member of the Danish parliament. He has tirelessly opposed radical Islam in his country, often at great personal risk. Khader is chairman of the political party Liberal Alliance.