1. Remember when there was a modicum of science in medicine?

Wonder when exactly the $cience of natural immunity changed for Fauci…? pic.twitter.com/5Y0feJeH0o

2. Canadian MEP very excited about vaxx but with the caveat that no one can help you if you contract AIDS

Bit if a Freudian slip there eh Christine?
"Get vaccinated. Natural immunity helps but won't be your salvation if you contract AIDS!!!"
HOLY FAWK pic.twitter.com/pPWkpSkfmw

3. Alex Berenson does a little Schadenfreude dance over the Atlantic article attacking him. The Atlantic won’t care though. They know they are a narrative propaganda rag for smart people. 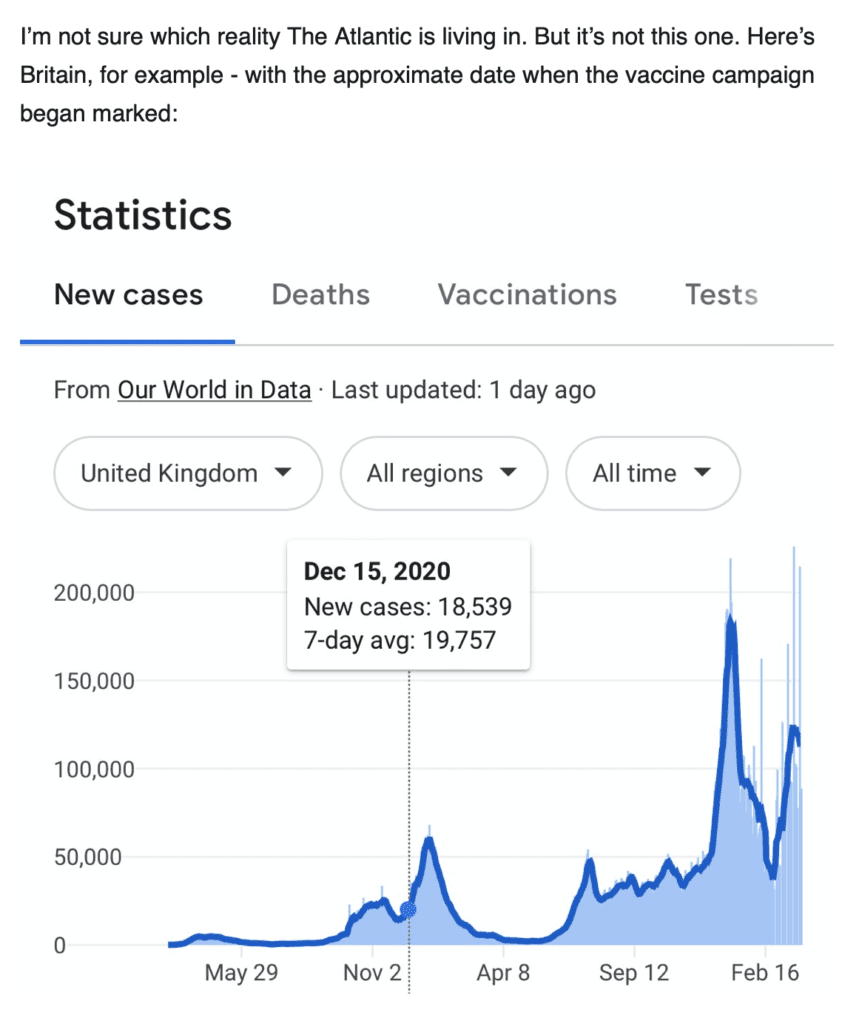 4. So this guy again. He seems to sit somewhere between a lead henchman to Schwab’s Bond villain persona, or maybe Grima Wormtongue from Lord of the Rings. But at least you can’t accuse him of lying.

5. A mega protest is planned for Bill Gates’ planned speech in Vancouver on April 10, 2022

For those that would like to “Convoy” the tentative plan on Sunday April 10, 2022, is to go for the day:

Thank you all who contribute to this site, and increasingly to the Mastodon pod we host.