1. Frank Gaffney, undersecretary of defence under Ronald Raegan, does a one hour interview with a Marine Corps officer on the damage the vaxx is doing to the US military

2. This is a little complex. Criminal investigations have been filed and are starting in some locations in the UK and US over forced or coerced vaxxing. I hope it goes somewhere. Presumably the bureaucrats within the system will have to see the winds changing enough to go with what’s scientifically accurate, rather than the narrative crafted for us all.

4. Paul Weston collects and responds to some of Trudeau’s classic and typical repugnant and divisive remarks demonizing all who would wish for our freedoms to return

5. Trying to find Tucker’s whole opening statement for last night. It was very good and great coverage of the Trucker action. Ezra has uploaded his own part of it here.

This appears to be it! Note that in Stephen Coughlin’s own paper, ReRemembering the misremembered left, he points out that communist leaders are pretty much always spoiled elitists.

Mark Carney is mentioned a few times in this video. It is extremely important that people understand who and what Mark Carney is. Please read this National Post article on the Marxist who vows to make our lives worse.

Thank you all for your efforts and contributions to this effort. It is making a difference. More and more people are turning away from official narrative/enemy propaganda and going to see actual honest reportage of what people see on the ground. 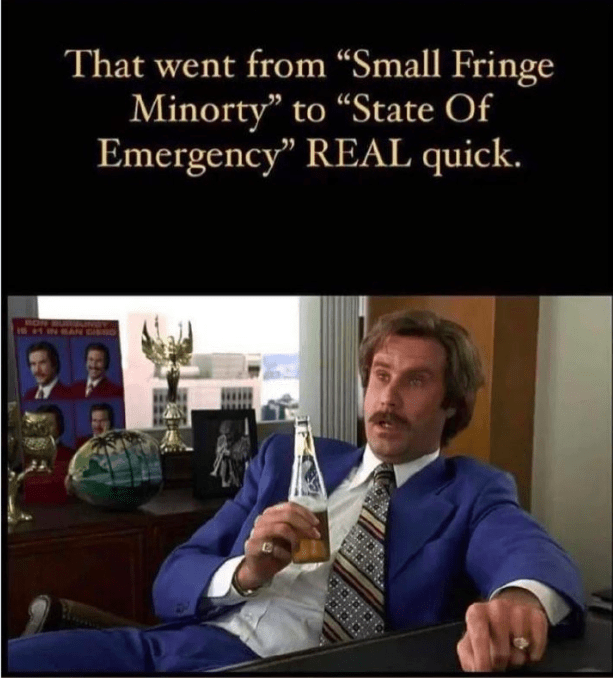 5 Replies to “More on the military and vaxx damage, and Tucker’s opening for last night: Links 2, February 8, 2022”