(Just for the sake of truth, the headline contains a fact, that the most vaccinated German state is experiencing a surge in Covid cases, with an effort to push a false narrative, that it means the lesser vaccinated areas are in danger, presumably because they are less vaccinated. Please read Alex Berenson’s Substack for just the facts ma’am type reporting on these kinds of stories)

BERLIN, Jan 7 (Reuters) – The northern German maritime state of Bremen has the country’s highest COVID-19 vaccination rate by far, but it has become the hardest-hit by the rapid spread of the Omicron variant, reporting the highest infection rate of any region in Germany.

Experts say that the spike in Bremen could herald where Germany as a whole is heading in the coming days.

The seven-day infection rate in Bremen stood at 800 cases per 100,000 residents on Thursday, the highest in Germany and more than double the national rate of 303, according to the Robert Koch Institute (RKI) for infectious diseases.

“I assume that Bremen is just a little further ahead than other federal states,” said Hajo Zeeb of the Leibniz Institute for Prevention Research and Epidemiology in Bremen.

(I think we know by now that when the MSM uses the word, “experts” they always mean people no one has ever heard of, but who a label can be affixed which bears the right gravitas. Watch this CBC propaganda clip about the ethics and legality of forced vaccinations and you can see they have a “human rights lawyer” that talks about the medical efficacy of boosters but assures us all the government is fully within its rights to MANDATE these injections and doesn’t raise a single point on the other side, like the Nuremberg code, as just one tiny example.  Note they didn’t ask a real human rights lawyer, like someone from theJCCF, and didn’t ask a real ethicist, like the woman who was forced to leave her job as a professor at a Canadian university teaching ethics because she wouldn’t take the shot and found the requirement unethical.)

2. A list of EIGHT TIMES Left wing protestors have broken into, and occupied government buildings. A compare and contrast article to the events of January 6, 2020.

Self-absorbed congressional Democrats held a group therapy session on Capitol Hill on Thursday as they work tirelessly to immortalize Jan. 6 as an annual day of doom, but the rest of us are old enough to remember a few more times when riots and protests overwhelmed government buildings with no such theatrical response.

More than a few times, actually. The 2020 summer of rage was more or less “incited” by these same top Democrats, who race-baited as if their lives depended on it, and even our vice president, who helped bail violent rioters out of jail. It featured a number of these attacks on the government (which strangely weren’t called attacks on democracy at the time).

Not all of these demonstrations were allegedly a response to the Minnesota death of George Floyd, however. Left-wing demonstrators have long made a habit of attacking, infiltrating, and occupying government buildings. It started long before Jan. 6, 2021, and continued long after.

3. But what was she charged with? Not wrapping him in cling-film first?

JUST IN: Houston mother charged after 14-year-old child found in trunk of car at drive-thru COVID testing site; the mom told police the child had tested positive and needed to be quarantined; the child was unharmed. – KPRC

A veteran news producer for the Canadian Broadcasting Corporation has said she quit in disgust at the national network jettisoning “journalistic integrity” for a woke “radical political agenda.”

In an op-ed for the National Post, Tara Henley said she left following a flood of complaints about the dramatic change at the CBC over the last 18 months.

“When I started at the national public broadcaster in 2013, the network produced some of the best journalism in the country,” she wrote in a tirade also shared on her new Substack.

“By the time I resigned last month, it embodied some of the worst trends in mainstream media,” wrote Henley, a 20-year news veteran.

Working at the network now involves having to “abandon journalistic integrity,” Henley insisted.

(More about her here)

5. Meanwhile, in the newly minted fascist state of Quebegradistan:

(Haven’t we heard this from Kenny before? Is this another classic trap to get all the deeply held recalcitrants to one place and then deal with them there? Nothing is beyond imagining at this point)

Responding to comments by Health Minister Jean-Yves Duclos, Kenney says his government removed mandatory vaccination from the law books and ‘will not revisit that decision’

EDMONTON — Premier Jason Kenney says mandatory COVID-19 vaccinations won’t happen in Alberta, despite the federal government conceding such intervention may be necessary down the road. Kenney, in a short statement, says his government removed the power of mandatory vaccination from the law books last year and “will not revisit that decision, period.”

So. Kenney at one point said that they would never allow for a vaccine passport as it was anti-Canadian among other things, to a week or so later saying he was wrong and now that all have to have a vaxx pass. Well… Nearly all. Members of the provincial legislature wouldn’t need one cause elites.

7. Austrians who took the double shot have been put right back into the business end of the meat grinder, and have had their minor privileges they had restored for their obedience, taken away again until they get a booster. So how is this about health again? 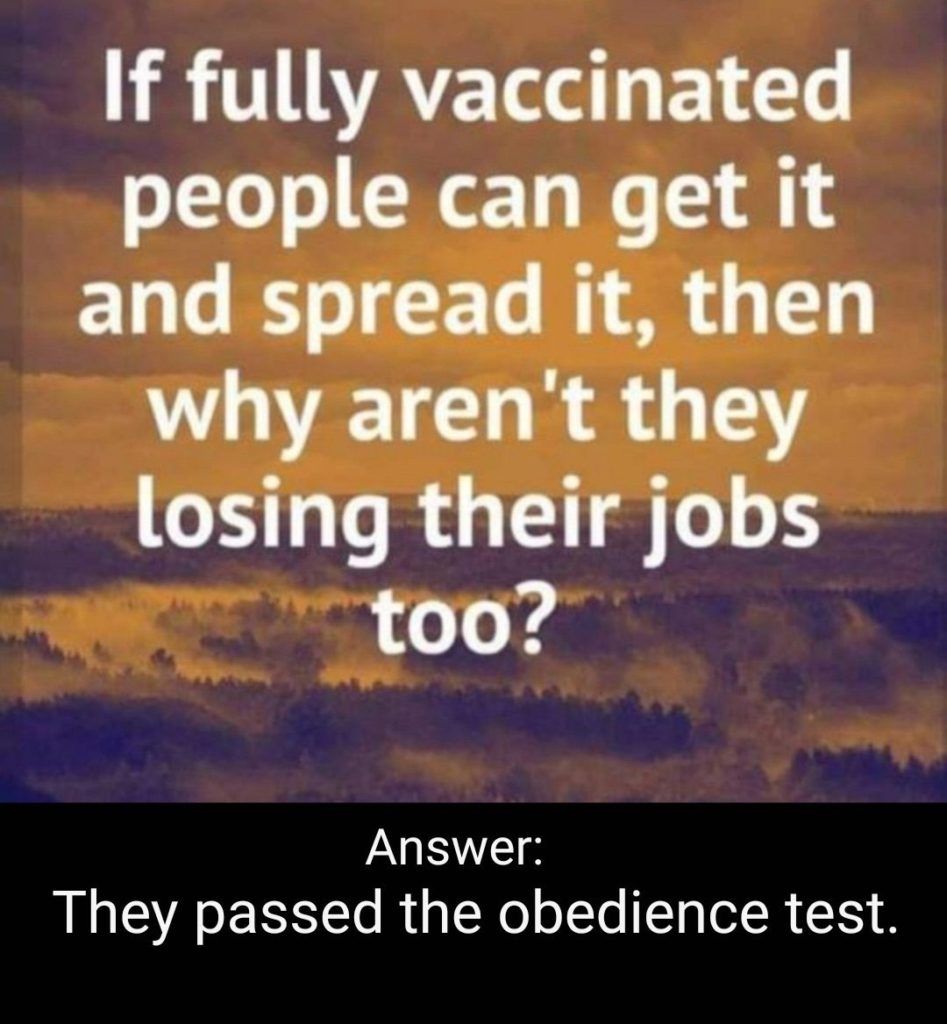