1. Ontario Premiere Ford lets the Health Minister explain how so many tests are actually false positives.

2. Belgian court rules all Covid measures MUST end within 30 days!

4. Is the New York Times attempting to DOXX jurors for the Derek Chauvin trial? 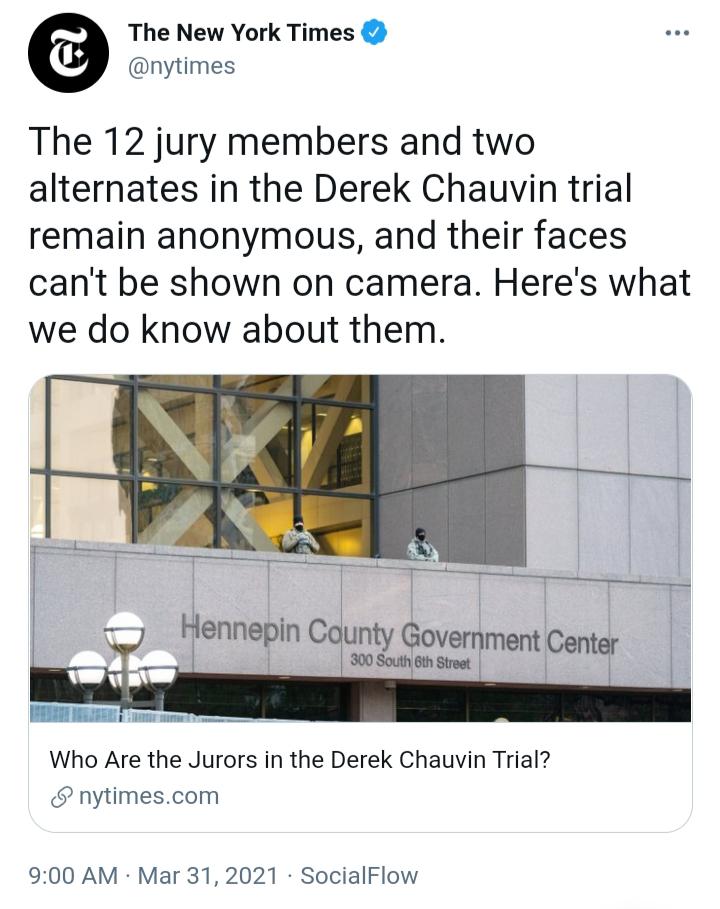 The arrest came after an off-duty police officer driving past the Masonic temple near Rupert Street and East 29th Avenue in Vancouver noticed a man walking away from the building as it burned, according to Vancouver Police Department (VPD) Const. Tania Visintin.

Video taken by a bystander shows flames licking at an entrance to the temple as a man carries a red jerrycan to the trunk of a black van. He is then confronted by the off-duty officer.

The man managed to get away but was then arrested just before 10 a.m. in Burnaby near North Fraser Way and Marine Way, about a 20-minute drive from the location of the last of the fires, according to police.

“He did a great job in stopping and speaking to this suspect,” Visintin told reporters during a news conference, referring to the off-duty officer.

So they have him under arrest, and on video, but CBC doesn’t tell us his name. They also do not show us the video they refrence in the article, as it has the arsonist in the video. Who would have enough of a grudge against the Masons I wonder, to set 3 temples on fire in one night?

Thank you Richard, M., PC., Johnny U. and many more. Its been a really busy week already and a depressing one for Freedom as Ontario moves into “Code Grey” which literally NO ONE knows what that means. ALWAYS use Star Trek rules for emergencies. EVERYONE knows what a Red Alert is.