1. Fascinating example of leftist strategic and tactical operations in this one article. Most of us who read this site might have the opinion that the US Democratic party, as much as it encapsulates the left, tend to do evil while accusing the Republicans/conservatives of doing exactly what they themselves do. Examples are legion, but one easy one might be ANTIFA laying siege to US police stations and areas of various cities, even to declaring “autonomous zones” in more than one. This would be considered treason, or revolutionary action or some other very high crime, perhaps even an act of war. Which I would say it was given the motives.

Keep in mind how the Democrats treated what looks a lot like a false flag event on January 6th, and remember that so far the FBI and investigators have found zero weapons or firearms in the hands of the mostly tourists that went into the Capitol building. Yet the accusations and more importantly, the loss of rights in the US and the disenfranchising of all who attended a Trump rally in some ways is justified by that single day.

Moving on to this issue. For years we heard fictions about children in cages at the border because Trump. Rep. Cortez even did a staged photo op at an ICE facility if memory serves, making ludicrous claims about what took place there which were shown to be fictions by other local cameras, not under her control.

The facts are, that Border staff took children away from adults to determine if indeed these were the real parents of the children, or if they were kidnapped kids being used to create the illusion of a family, or worse, being trafficked in the US. Trump had set in place policies to protect the children. But the Democrats made knowingly false claims in order to destroy that system.

In the rush to get children out of overcrowded and often unsuitable Border Patrol sites, President Joe Biden’s team is turning to a measure used by previous administrations: tent camps, convention centres and other huge facilities operated by private contractors and funded by U.S. Health and Human Services. In March alone, the Biden administration announced it will open eight new emergency sites across the Southwest adding 15,000 new beds, more than doubling the size of its existing system.

These emergency sites don’t have to be licensed by state authorities or provide the same services as permanent HHS facilities. They also cost far more, an estimated $775 per child per day.

And to staff the sites quickly, the Biden administration has waived vetting procedures intended to protect minors from potential harm.

Given that this article is from CTV, a narrative Canadian news site marginally more honest than CBC, which is as low a metric as one can have for honesty in reporting, one has to think it through to see what this really means.

That Children will now stay with their kidnappers or abusers and have no safety offered by border services in any way. That is Biden’s (or whoever actually is making decisions south of the 49th) improvement to the Trump administration.

2. Nike, the woke shoe company that makes sports hijabs, has now made a Satan themed shoe with a drop of human blood per pair, with a total of 666 pairs, for a total of 1332 shoes. No idea if that is a satanic number or not, but 1332 drops of blood seems like an unhygienic thing to wear, never mind during a pandemic. Here is a link to the video advert. I don’t want to post the video itself. In fact I want to wash my eyes out with vodka for having seen it, but for those that want to, here it is.

Someone really should tell muslims, loyal to the brand, that Nike is an equal opportunity panderer, and now sells shoes for Satan. Would be curious to know how they feel about it. The cost? $1018.00 same as the bible verse mentioned on the shoe. Luke 10:18, “And I saw Satan fall like a bolt of lighting from the heavens”.

This is a link to I think an NBC affiliate news story on the shoes. 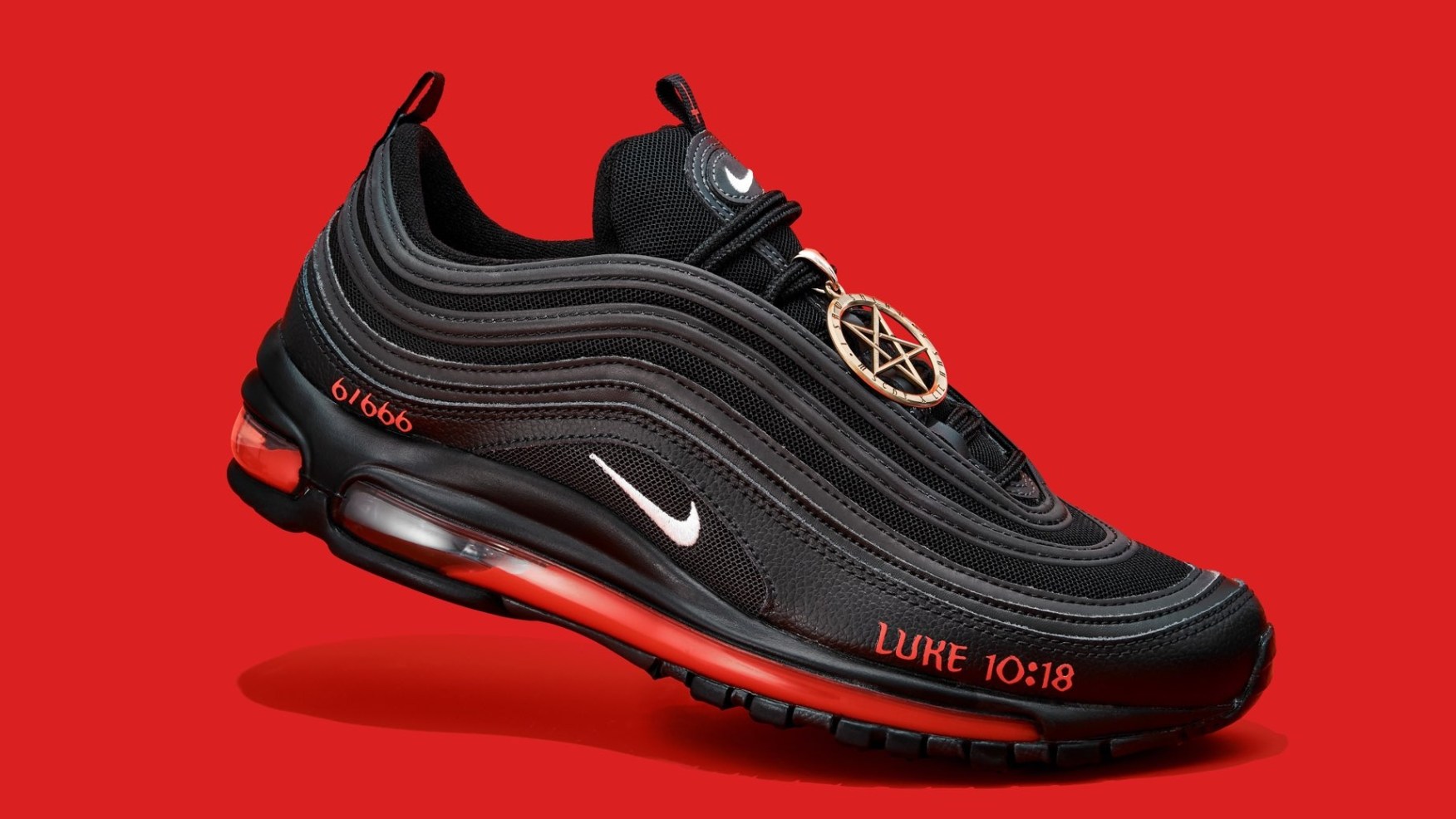 (KXAN) — Just days after the controversial music video for his new single “Montero (Call Me By Your Name)” went viral, rapper Lil Nas X is stoking outrage again over the release of a pair of shoes.

Lil Nas X, who rose to fame after his debut single “Old Town Road” became a global phenomenon, created the “Satan Shoes” in collaboration with the MSCHF clothing brand, according to streetwear/culture news outlet SAINT.

The shoes will reportedly contain 66 CCs of red ink and 1 drop of human blood in its sole. Other features of the infernal footwear are a pentagram pendant over the laces and “Luke 10:18” written on the side, a Bible verse about Satan’s fall from heaven.

Perhaps if they produced a Satan themed hat with real human faeces in it, we could call these people what they really are.

And on that theme, here is a familiar lady with a curious book:

3. Blazing Cat Fur has a photo of the fellow who did a mass stabbing attack allegedly in Vancouver yesterday. Drone footage of the aftermath of the attack:

CBC offers us this detailed avoidance of any actual information. They managed to show a video of the arrest without seeing the man arrested beyond his shoes and pants. As far as I can tell, he wasn’t wearing Nike Satan shoes.

But it is CBC so, thats probably why they edited out what the witnesses said he was yelling most likely. 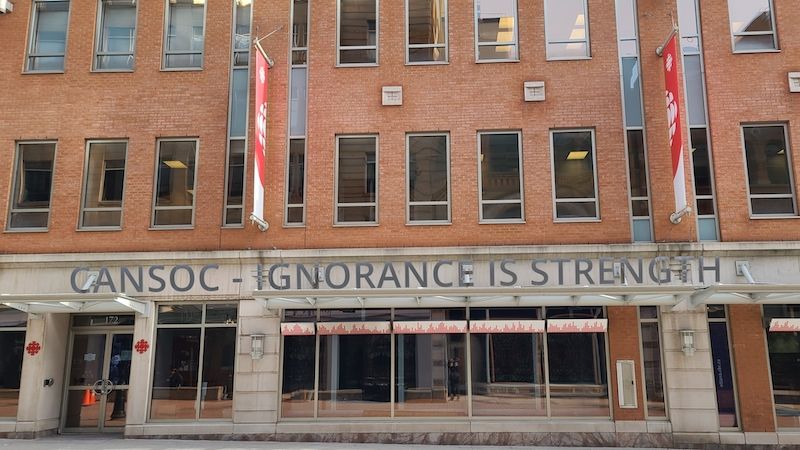 Thank you M., ML., Richard, and many more who are willing to look into the sewers to let us know what is rising from under our feet.

One Reply to “Satanic bloody footwear, Photo of the Vancouver knife attacker, Child traffickers at the border can rest easy now: Links 3, March 28, 2021”