1. Police in Spain arrange a meditation sit in for freedom. Police actually finding a clever work around for repressive Wuhan Flu regs for freedom. Why can’t all police see the value in this?

2. Al-Shabab Releases Video Of Attack On U.S. Base In Kenya, Vows To Continue Attacks On U.S. Targets

On January 29, 2021, Al-Qaeda’s Somali affiliate Al-Shabab Al-Mujahideen released a new video documenting the preparations for the raid it conducted on the U.S. military base at Camp Simba near Manda Bay, Kenya on January 5, 2020 in which three Americans were killed and several aircraft destroyed.[1] The 55-minute video was produced by the group’s Al-Kata’ib media wing and distributed by the Global Islamic Media Front (GIMF) on its Rocket.Chat platform and on Telegram. The video features never-before-seen footage of a meeting between Al-Shabab leader Abu Ubaydah Ahmad Omar and the attackers; training and preparations for the raid; final messages from the attackers; and drone footage of the raid in progress. The video is interspersed with archival audio clips from Al-Qaeda leader Ayman Al-Zawahiri and past leaders Osama bin Laden, Anwar Al-‘Awlaki, Abu Mus’ab Abd Al-Wudoud, and others. It stresses that the Manda Bay raid was perpetrated as part of Al-Qaeda’s “Jerusalem Will Never Be Judaized” campaign which was launched in response to the U.S. recognition of Jerusalem as Israel’s capital.[2]

(Please click through to MEMRI for the details on this event. One which oddly there doesn’t seem to be a lot of MSM coverage. Why is that I wonder?)

3. Virtue Signalling costs the signaller for once:

He gets it all correct except the root motive. Its not self-hatred although that may be a component. Its a necessary step before imposing communism. To destroy all national or group identity in a region so there is no lateral connection between people. Only vertical. Government to people. No culture in common and no heritage of language, culture, history or sense of identity. This is the part he misses. And who blames him. You have to study this stuff to get it and be able to suppress your personal sense of horror to accept this reality.

4. Data pours in showing that HCQ (+zink and Zpac) did/does work. The inverse of course is that data is pouring in showing that authorities lied about it. Why is not really a mystery when pharmaceutical companies are getting hundreds of billions to make some new stuff, but that isn’t official yet.

5. Here is a CBC story with about as much truth as the one where they showed a New Brunswick hospital totally overflowing from Covid and then at the same time a woman went and filmed the hospital in question and it was empty from the parking lot to emerg.

I have it on solid authority from a resident of Fredericton that these events simply did not happen. That there is one fact in the story and that is below. But a bunch of white locals chasing a car with baseball bats screaming “Ni**er” simply did not happen. And this is why we refer to the CBC not as fake news, but as enemy propaganda. The intent of the lie is clear. Fake news would be a story about aliens coming down and doing something people would find entertaining or has some kind of effect. This lie is to a purpose and a pernicious, anti-Canadian one at that. 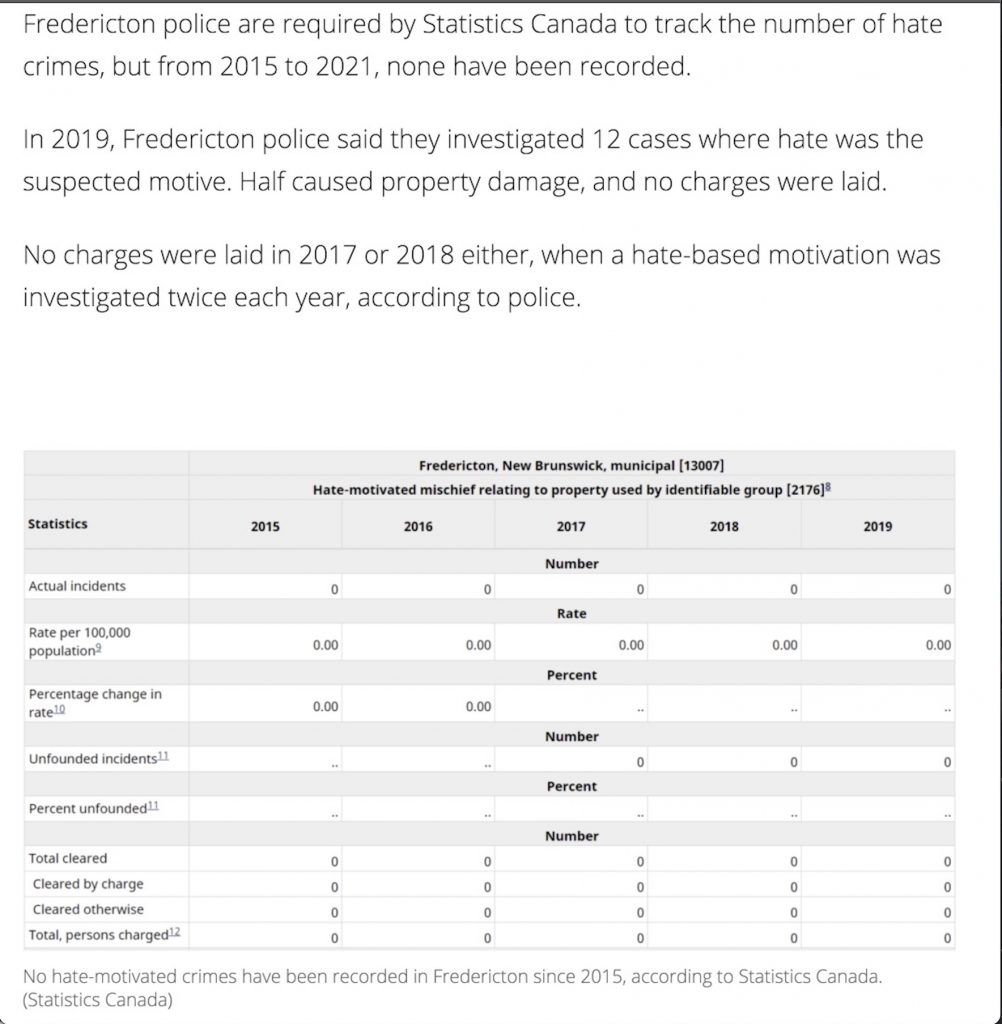 UPDATE: Unsurprisingly, the truth is not just an invention to a narrative, but the total opposite of the reality on the ground: 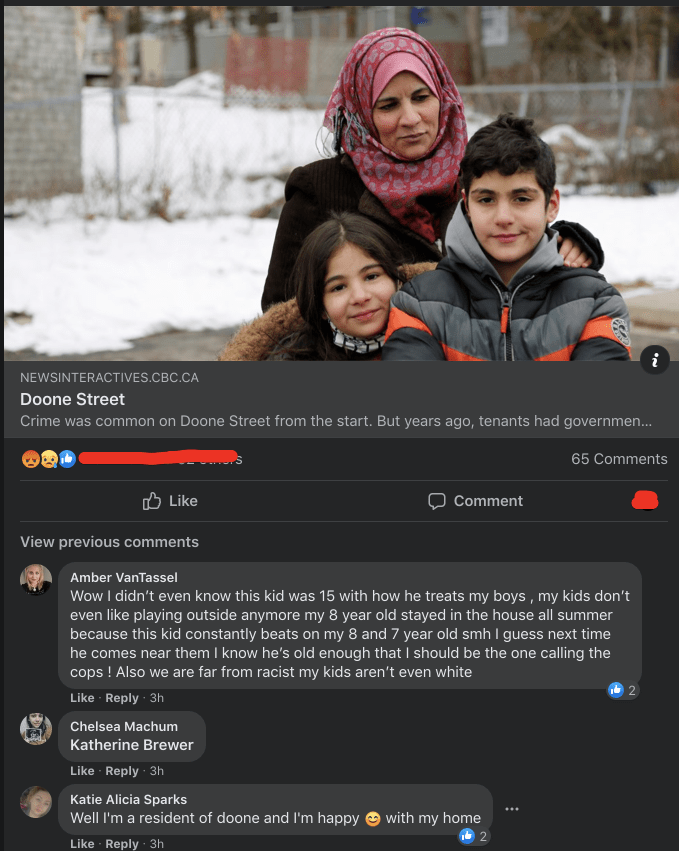 Thank you M., ML., Wrath of Khan, Johnny U., EB., ET., Richard, Hellequin GB., Coram Deo, Maplewood, Michelle, Cassandra, and MANY more who contribute to this site in many ways.

One Reply to “CBC ups its enemy propaganda game at the expense of the white residents of Fredricton NB: Links 1, February 8, 2021”