1. Georgia Judge blocks, then unblocks, then REblocks Georgia from wiping or resetting the election machines.

UPDATE: In a third order issued late Sunday night, a federal judge overseeing Sidney Powell’s Georgia lawsuit granted a temporary restraining order on elections officials in Cobb, Gwinnett, and Cherokee counties, to prohibit them from allowing “alteration, destruction, or erasure of any software or data on any Dominion voting machines” used in the 2020 elections. The judge’s decision allowed Powell to amend a previous complaint to include the counties in possession of the voting machines.

A federal judge presiding over a major election lawsuit in Georgia on Nov. 29 issued and then reversed an order directing the state to cease and desist wiping or resetting election machines.

“Defendants are ordered to maintain the status quo & are temporarily enjoined from wiping or resetting any voting machines in the State of Georgia until further order of the court,” U.S. District Judge Timothy Batten Sr. wrote in an emergency order issued Nov. 29.

2. We are reliably informed that SpiderFoot is “awesome for collecting real evidence” 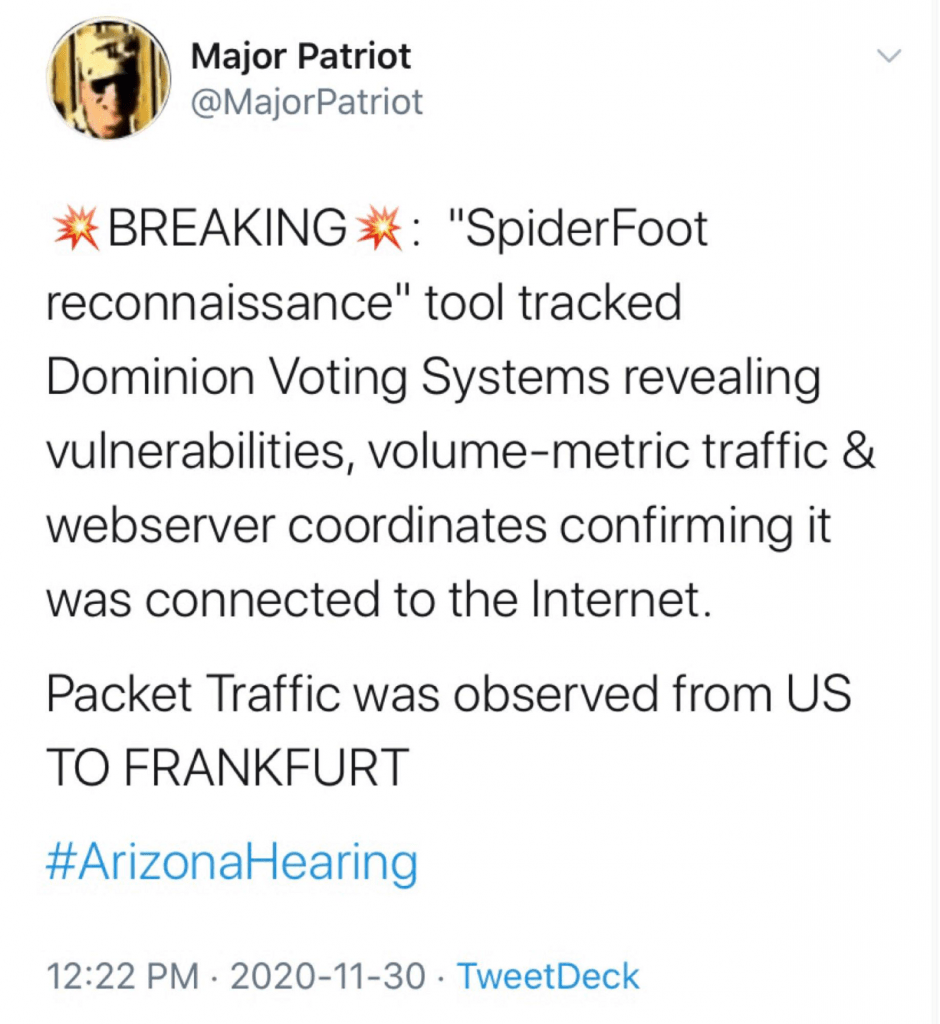 3. Voting machines were ONLINE and data went to servers in Germany (We think they were CIA servers)

We have it all! pic.twitter.com/ZcxiQAEFm0

4. Dr. Shiva 4X PhD in computer sciences MIT speaks to the fraud that was the election in the USA

????
LEFT: "This hearing is a sham these witnesses are clowns

We hope to have some really consequential information to present to you all by Wednesday at some point. If you don’t see it here, we expect it will be out there around Wednesday. Please stay tuned.

One Reply to “Four more items on election fraud in the USA for November 30, 2020”