1. I think this nails it

Right on schedule. Almost as if the threat of Covid was massively overstated in order to enable mail in ballot fraud and scapegoat Trump https://t.co/FEdoLZJZRa

3. Election Systems in Michigan County Appeared to Be Connected to Internet: Sworn Affidavit

Voting machines used in Michigan’s Wayne County appeared to have been connected to the internet, according to a sworn affidavit signed by a poll watcher.

At approximately 11 p.m. on Nov. 3, Patrick Colbeck observed an icon identifying an active internet connection on the screens of the computers used to tabulate and adjudicate ballots.

“All it takes to confirm the connectivity status of a Windows computer is to roll the cursor over the LAN connection icon in the bottom right comer of the display,” Colbeck’s sworn affidavit states. “When there is no internet connection, a unique icon showing a cross-hatched globe appears. I proceeded to review the terminal screens for the Tabulator and Adjudicator computers and I observed the icon that indicates internet connection on each terminal. Other poll challengers can attest to this observation as required.”

The intrepid reporter who broke this story, Shane Trejo, was also one who was a witness for the voter fraud in Detroit. Trejo says he considers this “witness intimidation” and is fearful that it will be used as pretext for some criminal actions. 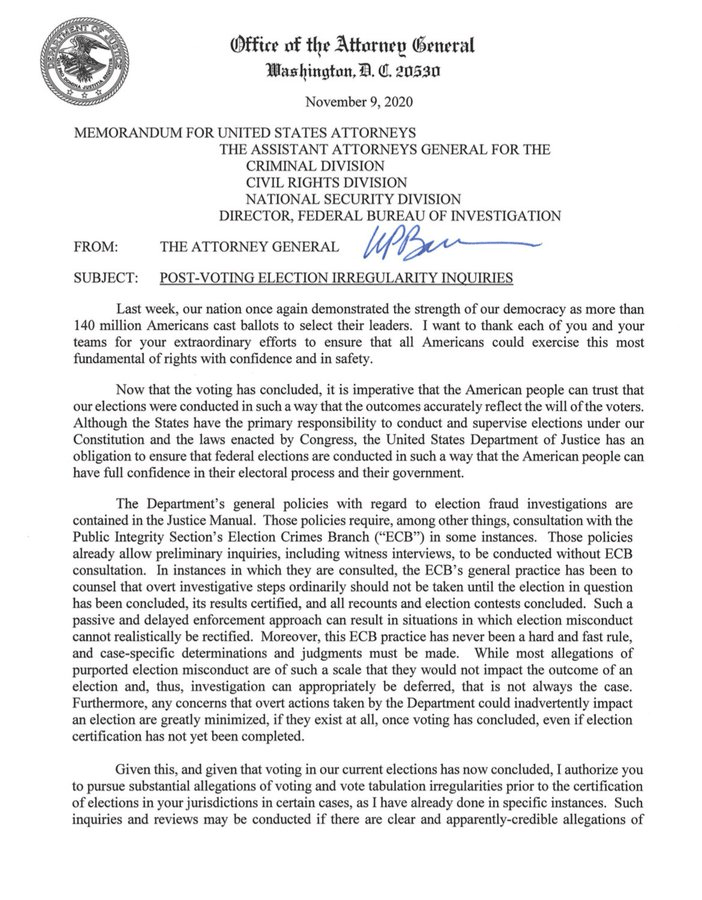 OTTAWA — Starting his first full work week as president-elect on Monday, Joe Biden received his first phone call from a world leader — Prime Minister Justin Trudeau, who according to his office raised a series of key cross-border with his incoming U.S. counterpart.

According to a message shared across the prime minister’s social media channels on Monday afternoon, Trudeau spoke with his incoming U.S. counterpart about the “challenges and opportunities facing our two countries,” including COVID-19 and climate change, as well as about China’s detention of Canadians Michael Kovrig and Michael Spavor.

“We talked about those specific challenges today, as well as trade, energy, NATO, anti-Black racism, and China’s arbitrary detention of Michael Kovrig and Michael Spavor,” the post read.