Greater Manchester Police in Bolton have arrested 21 men as part of an ongoing investigation into child sexual exploitation. This could be an indication of yet more “grooming gang” (a.k.a. Muslim rape gang) activity, even as that activity is still being covered up by British authorities. As reported by Breitbart:

The arrests come as the Independent Inquiry Into Child Sexual Abuse (IICSA) in Britain has been accused of orchestrating a “cover-up” by some of the people who helped to expose the grooming gangs operating throughout the country in the first place, allegedly overlooking victims, whistleblowers, and abuse hotspots such as Rochdale and Rotherham and instead focusing on the testimony of many of the establishment institutions which failed victims previously.

The identity of the men who have made up the “grooming gangs” is what is mainly being covered up. They are mostly Pakistani Muslim men who are, besides preying upon British girls, are also “grooming” Sikh girls. 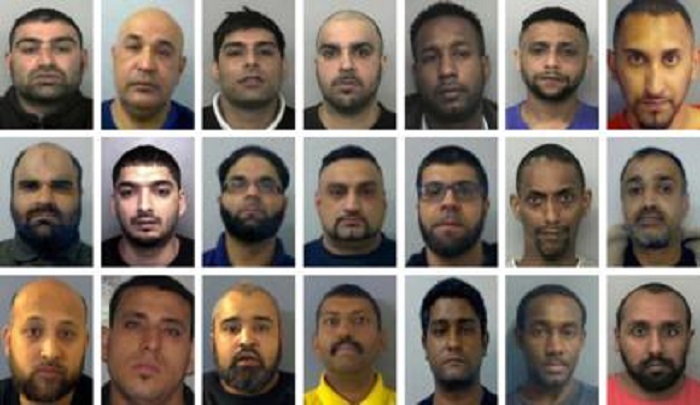 (Although the article says it was a “white male” since he carved a Swastika, its a safe bet that it was a leftist ANTIFA type who did that. They tend to see all non-communists as Nazis as they have reinvented Nazis)

Ottawa police are asking the public for help to identify a person suspected of creating hate-motivated graffiti.

The incident took place on Friday, Oct. 16 at around 9:46 p.m. at the National War Memorial on Wellington Street.

The suspect, described by police as a white man, was wearing a light-coloured sweater, dark pants, a dark tuque and had a black back pack.

Police allege the suspect used the sharp object to carve a swastika on the helmet of the grave stone at the Tomb of the Unknown Soldier.

Police said the damage to the memorial has since been repaired.

(Last I looked, there was an encampment of anti-Trudeau people literally living at that spot for the last 4 months. I wonder if anyone thought to ask them if they saw anything)

4. About whats on that Hunter Biden Hard drive…

You have to listen to this. pic.twitter.com/XFLfQa3DnA

5. US Embassy in Turkey receives ‘credible reports’ of potential terrorist attacks and kidnappings

The U.S. Embassy in Turkey received “credible reports” of potential terrorist attacks and kidnappings, including those against U.S. citizens, in Istanbul, according to a statement Friday morning.

“The U.S. Mission in Turkey has received credible reports of potential terrorist attacks and kidnappings against U.S. citizens and foreign nationals in Istanbul, including against the U.S. Consulate General, as well as potentially other locations in Turkey,” the statement read. “U.S. citizens are advised to exercise heightened caution in locations where Americans or foreigners may gather, including large office buildings or shopping malls.”

The statement said to “exercise caution” and to “avoid crowds.”

Thank you Johnny U., M., ML., Wrath of Khan, Yucki, Brad Johnson, EB., Sassy, Chris Jones, and all who contributed in any way today.