1. REVEALED: Tibetan-born NYPD cop accused of spying for China and betraying his own people raised suspicions at Tibetan New Year party where he sat next to AOC

The New York City police officer who has been accused of acting as an illegal agent for China, reportedly raised suspicions at a Tibetan New Year party last year that was attended by Rep Alexandria Ocasio-Cortez.

Baimadajie Angwang was arrested on Monday at his home in Nassau County, Long Island.

Angwang, who was born in Tibet, an autonomous region of China, has been suspended from the NYPD’s 111th precinct in Queens.

The 33-year-old also serves in the US Army Reserve where he holds the rank of staff sergeant. He’s stationed at Fort Dix, New Jersey in an Airborne Civil Affairs battalion.

2. The Graph that matters

Friend sent me this, saying 'This is the only graph that matters.' It does seem to be THE story–for which I would love to hear far more explanation and accounting. Instead, we are told, often with foreboding & urgency, about numbers of infections. Isn't this (below) great news? pic.twitter.com/tBiGdciWGJ

Pinellas County was one of only four Florida counties that flipped from Democrat to Republican in 2016. 492,403 people voted and Trump won by less than 6,000. However odious these street thugs are, I thank them for locking the county in for Trump. pic.twitter.com/JK64cRTeOb

At least 2 officers shot in Louisville tonight. This is not a protest, there are lawless thugs waging a war on cops and a war on law and order. Disgusting!!! #BlueLivesMatter

Thank you M., Wrath of Khan, Johnny U., Coram Deo, Xanthippa, and many more.

There is a great deal of content being prepared for tomorrow. Please check back then. Meanwhile:

A reader caught this photo of a man cycling through Vanier with this sign today. If you blow it up you can read it. 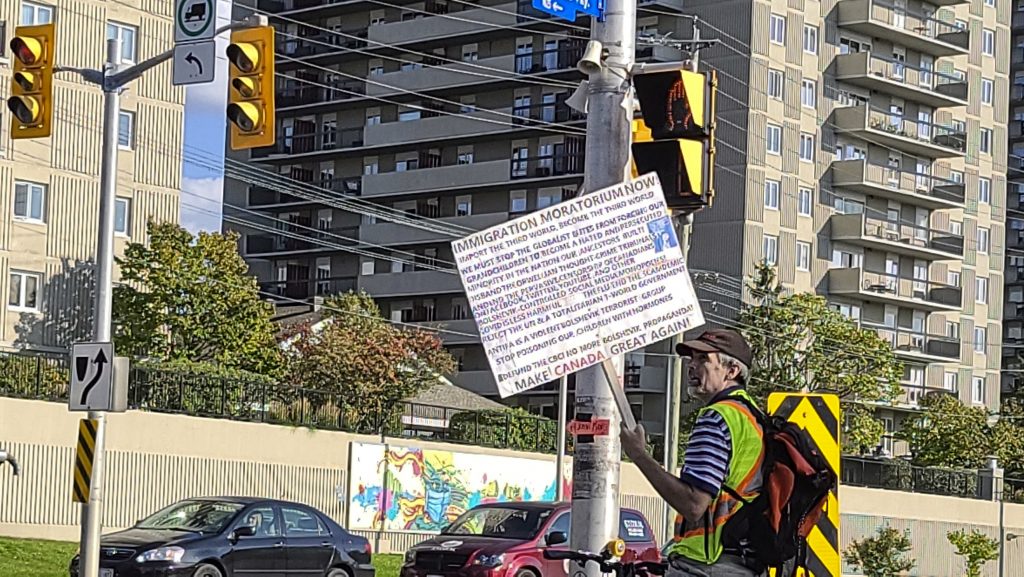 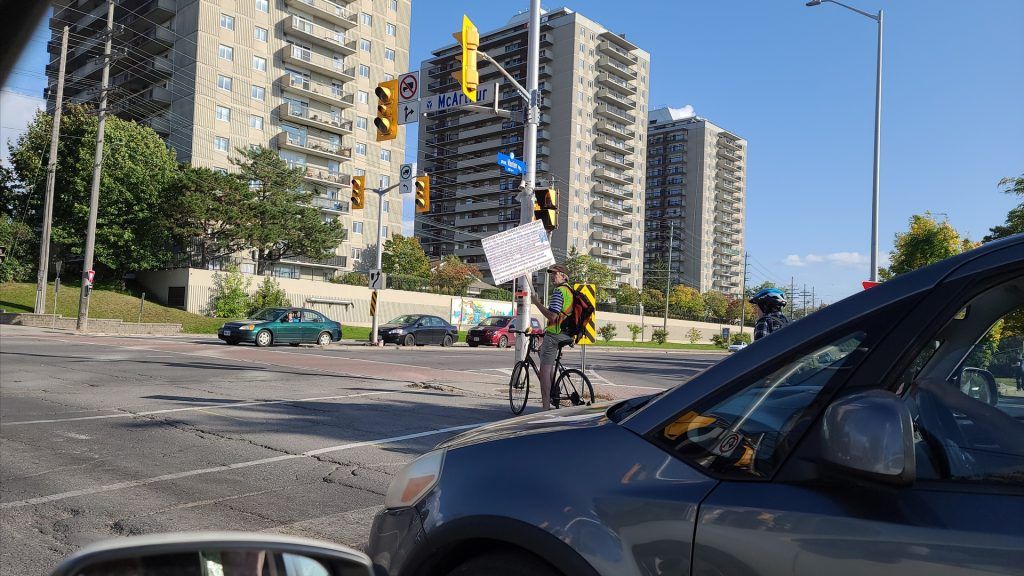 If people are starting to cycle around town with signs that have this much thought in them, maybe Canadians are getting fed up with being negated by mass migration.

5 Replies to “The insurgency continues and even our own media doesn’t understand what they see: Links 2, September 23, 2020”