1. On Hydroxychloroquine: Scott Adams started what appears to be a very interesting thread on Twitter with this graph 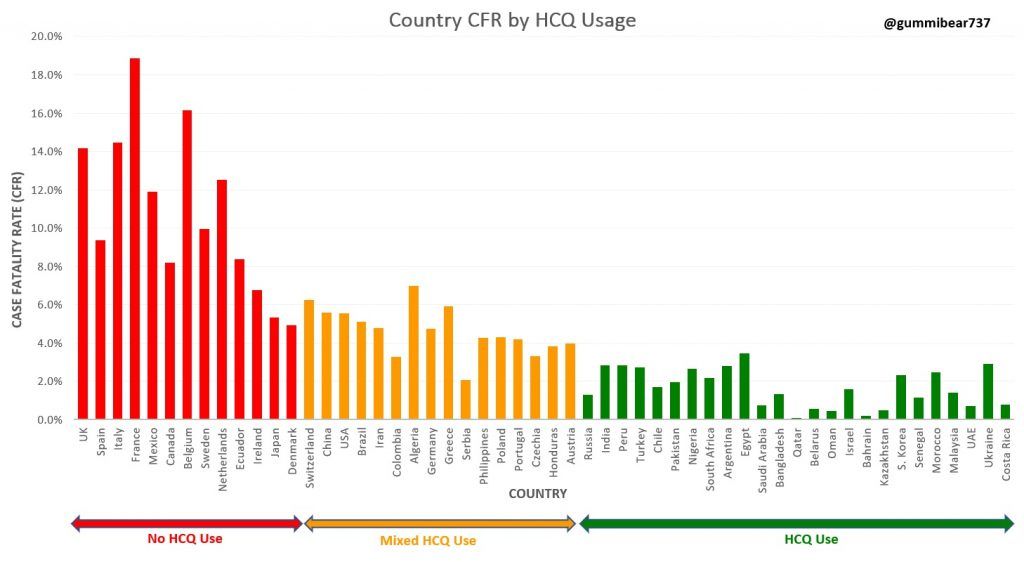 The khutbah (sermon) Ali Erba?, the head of Turkey’s Presidency of Religious Affairs (Diyanet), delivered at the first Friday prayers performed at Hagia Sophia on July 24 after the historical structure was turned into a mosque from a museum has stirred a fierce debate as critics claimed that the country’s top imam targeted Mustafa Kemal Atatürk, the founder of the republic.

“Any property that is endowed is inviolable in our belief and burns whoever touches it; the charter of the endower is indispensable and whoever infringes upon it is cursed,” Erba? said in the sermon.

Politicians from the main opposition Republican People’s Party (CHP) and ?Y? (Good) Party claimed that Erba?’s remarks were targeting Atatürk, some calling on him to resign.

A cabinet decree back in 1934, when Atatürk was still alive, had turned Hagia Sophia into a museum. On July 10, a Turkish court annulled this decree, paving the way for its use again as a mosque after an 86-year hiatus.

Erba? dismissed claims that he cursed Atatürk in the sermon.

2. Quebec City has massive protest against mandatory masks. Canadian media decimates the number of attendees as per normal for a communist propaganda organ like the CBC. In this case, its Montreal City News.

CTV posts an unflattering view of the protests here, and so far I cannot find a CBC report on the Quebec protests yesterday at all.

3. Speaking of Quebec, one organization there noticed irregularities with the number of cases reported being “light years off” from the actual number.

This may be the shooting.

Clip of the shooting at the protest in Austin Texas from Hiram Gilberto on FB pic.twitter.com/VFbzqfoSff

(From Reddit. Anecdotally, this is pretty common. Garages, and even rented office space is used this way for larger quantities at the industrial park near the south end of St. Laurent Blvd based on stories from various municipal workers.)

7. Police and communist insurgents face off in Portland. You can see the use of lasers, almost certainly by communists, as police don’t randomly fire lasers into the eyes of citizens.

Gummi Bear is absolutely credible. I've corroborated much of what he is saying at the country level here. Worldwide, the case fatality rate for patients who receive HCQ is about 0.4% compared to 9.3% for those who don't.https://t.co/qFmPToQ1dA

9. If these rioters had thought this through for ten minutes, they would be praying to be saved from what they are asking for.

10. One of the best shows left on TV discusses the weaponization of language by BLM/Marxists

Thank you all who sent in materials. This post was being built all afternoon and night while many other things were in the cauldron. But many people took the effort to send in these materials and like most of these multiple story posts, has something to offer as a bulwark against what we are now force fed by the MSM.

One Reply to “HCQ, MSM lies on protests, more deaths around the insurgency in Seattle: Links 2, July 26, 2020”