2. First ive seen on who was murdered in Chaz

“The table is covered in blood.” The brother of man who died at CHAZ describes what he witnessed when he arrived at the scene. CHAZ “street medics” gave wannabe treatment at the Ranchos Tacos Restaurant they’ve been occupying as command center. pic.twitter.com/O4Vf3xTrQw

They don’t enter without police protection because CHAZ is dangerous, as evident by what has been happening this week. When police did respond last night, they were met by a violent crowd & physically blocked from entering beyond the main checkpoint area. https://t.co/Ha4g4U6Vo5

Police made arrests at the violent antifa riot in Portland tonight. For more than 20 straight days, antifa & other far-left militants have been using projectile weapons to try & break into the Justice Center. #antifa #BlackLivesMatter pic.twitter.com/6ez4ra8sk1

5. Selective enforcement, dialectic negation, whatever it is, its destroying the entire order of society.

Let me get this straight. It's okay to vandalize stores, burn down businesses, and tear down statues, but you'll get arrested if you vandalize… a sign? https://t.co/zhD1su1Tib

6. Lots of Ackbarring can be heard as rioters trash stores in Stuttgart

7. Here is a link to a documentary made by an American doctor some years ago about how DDT is actually quite safe. Its banning was more political, and a very ugly kind of politics at that. The documentary is called, Three Billion and Counting. Representing the number of people who died of Malaria, which could have been prevented with the use of DDT.

8. Viktor Orban: ‘How’s that multiculturalism working out for ya?’

Orban Shocked by Disorder in Multicultural West: ‘Statues are Being Toppled, Gang Wars Fought In Streets’

Hungarian prime minister Viktor Orbán says he does not know if he should “laugh or cry” when his national conservative government is attacked by liberals from multicultural countries where “statues are being toppled” and there are “gang wars” in the streets.

“Liberal imperialism reigns in western Europe, and they are trying to force their worldview on countries that think differently. American Democrats and often international courts are also involved in this,” said the Hungarian leader, in reference to a recent ruling by EU judges that Hungarian regulations requiring NGOs funded by George Soros and other overseas donors to be transparent about their funding are unlawful.

“There is this international trend in politics which is aimed at weakening and eliminating national governments and nations, and bundling them into some imperial order,” added the conservative leader, who has faced heavy criticism from the global left for his rejection of mass migration and multiculturalism and promotion of policies to support traditional families and child-rearing.

Imagine a world where there is little free speech, or if there is free speech, it is tightly regulated. A world where your property can be appropriated on the whim of a local official, where troops from a country thousands of miles away could occupy your towns and villages.

A world where you are mandated to worship in just one state church. And if you practice any other religion, it could get you punished, even bring about your death.

A world where it is perfectly legal for the officers of that occupying army to move into your house, uninvited, eat your food, sleep in your bed, or your child’s — and stay as long as they want to; just because they have a scrap of paper which says they can do so.

A world where duly elected legislatures and judges are swept from office at the snap of a finger. Aptly named laws such as the Intolerable Acts, the Quartering Acts and the Coercive Acts are imposed on you and your family and friends, without any previous wrongdoings on your part.

A world where you can be charged, fined — and imprisoned without a lawyer, or a trial.

A world where your basic rights to freedom are abandoned, and it is someone else’s decision whether you live or you die. A world with no habeas corpus. (Cont. reading at source.)

10. More CBC deception and endangering of the Canadian public. Police shoot and kill a religious muslim with a knife. But CBC reports it like a gross injustice of Islamophobia.

Family identifies man, 62, who was shot and killed by police in Mississauga as SIU investigates

Ejaz Ahmed Choudry, who family members say suffered from schizophrenia, died in his apartment on Saturday

It continues to speak of what a nice harmless man he was and that he had some weapons at his house. But deep within the article:

The victim’s eldest daughter initially called a non-emergency ambulance on Saturday evening because her father was having an “episode,” according to Khizar Shahzad, who is also a nephew of the victim.

Once paramedics arrived, they saw that the victim had a knife and called police, Shahzad said. 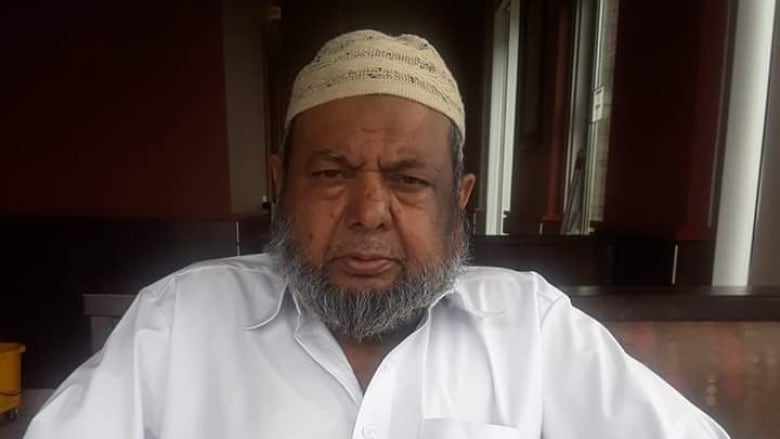 CBC is not fake news. Its enemy propaganda.

There is no mention of why the police were there. What the man was doing or who he was threatening or what he was yelling although I think we can all guess, since the CBC did not report what it was, it likely means the usual threats of Jihad.

11. IMPORTANT update on the man who stabbed 3 in obvious jihad attack in Reading UK:

UK: MI5 suspected that “Christian” migrant who stabbed three to death was planning to go to Syria to join the jihad

Regarding Saadallah’s possible conversion to Christianity, see here. Christians have not been regarded as planning to travel to Syria for “extremist reasons.” The fact that MI5 suspected that Saadallah was going to do this adds weight to the possibility that his conversion to (Christianity) was a sham, or that he returned to Islam. Note the cousin who claims he converted to Christianity hasn’t seen him in three years.

Thank you ML., M., Wrath of Khan, Richard, EB., ET., Xanthippa, Johnny U., and to all who have an eye at least half open. These are dangerous times. Its more of a crime to see what is actually taking place in front of you, than it is to be part of those crimes in many instances. So watching is dangerous. But thereby doubly appreciated.

One of the very best warnings to the West i have seen to date:

Venezuelan lady has something to say about statues. from r/DrainTheSwamp

7 Replies to “Charting the state of things, and an important warning from a Venezuelan: Links 1, June 22, 2020”