1. Gaza launches another rocket into Israel

A rocket was just fired from #Gaza into #Israel.

2. There appears to be a war in the French city of Dijon, a city famous for, ahem, ‘French Mustard’, in which seemingly two kinds of muslims are attacking each other with a great deal of malice. Chechens, and Arabs.

SWAT teams are preparing to take back control of the city after 3 days of ethnic clashes between Arabs & Chechens pic.twitter.com/vQQV2WLmfJ

Lots of clear ackbarring as a car is attacked in Dijon

(Because diversity is our strength. Right after our clan’s weapons and fists)

Moscow times reports on this war. Not sure if French media bothers to cover it as after all, its muslim immigrants in France. Not really something French news considers fit to print. Unlike Generation Identitaire where a banner opposing anti-white racism must be fully demonized.

RT, another Russian site does as well.

3. Speaking of Muslims in France: Arsonists Attempt to Torch Rennes Cathedral in France

Unidentified arsonists placed a large trash bin against a side door of the Saint-Pierre cathedral in Rennes late last week and set the contents on fire, in an apparent attempt to torch the church.

Rennes firefighters arrived in time to put out the fire, which they believe to have been intentionally set since the bin was brought from an adjacent street and deliberately placed outside the door. The incident took place during the night from the 11th to 12th of June.

In April 2019, the Paris cathedral of Notre Dame caught fire and suffered extensive damage, including the loss of its spire. Investigators do not believe that the blaze was intentionally set.

Nonetheless, shortly before the Notre Dame fire a dozen Catholic churches were desecrated across France over the period of just one week. 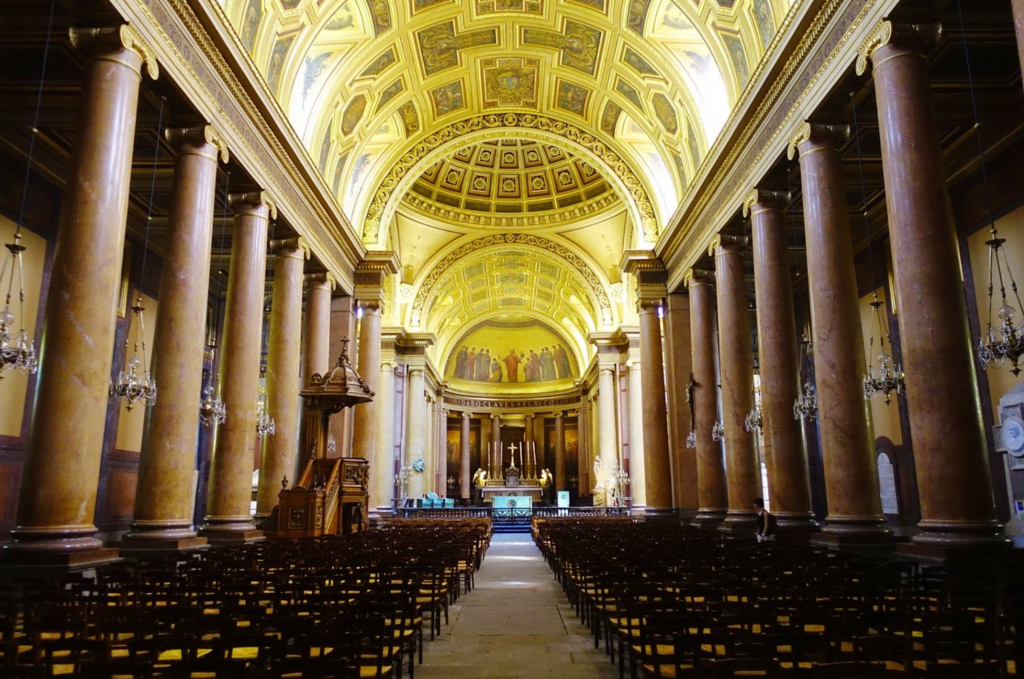 4. And speaking of muslims in France: French Department Reveals 80 Percent of Minor Migrants Are Really Adults

The French department of Côte-d’Or has revealed that of the over 500 migrants claiming to be minors who arrived at the department in 2019, just 20 per cent of them were actually underage.

The department, which contains the city of Dijon, stated that it received 523 foreigners who claimed to be minors in 2019 and that examinations revealed that only around a hundred were the age they claimed to be, Le Bien Public reports.

5. If you are looking for a reason to not cooperate with any contact tracing efforts, this would be it.

New York City Mayor Bill de Blasio wants his army of contact tracers to make sure that if New Yorkers have been in touch with a coronavirus positive person, they are notified so that they can commence quarantine, unless, of course, they may have contracted it at a protest.

De Blasio has been out to the protests, and has flouted the new norms he helped institute, including not socially distancing, and not wearing a mask.

Video appears to show a white woman setting fire to Wendy’s in Atlanta where Rayshard Brooks was killed as black protesters shout ‘it wasn’t us’ – and cops offer $10,000 to track her down

Video footage appears to show a masked white woman setting fire to a Wendy’s restaurant near where a black man was shot dead by police, as authorities offer a $10,000 reward for information leading to the arrest of arsonists.

The fast-food outlet was torched late on Saturday during demonstrations that erupted over the killing of 27-year-old Rayshard Brooks by police officers on Friday.

A video clip filmed by a protester that appeared to show a woman fanning the flames.

In the footage, protesters in the crowd can be heard condemning the woman for fanning the flames, and insisting that it was not Black Lives Matters supporters that lit the fire.

Thank you M., Wrath of Khan, Oz-Rita, ML., Xanthippa and many more. More to come I am sorry to say.