(Boy The Lancet really has fallen)

The editor of The Lancet has expressed his “deep regret” to Israeli doctors after his journal published a controversial letter in the wake of the Gaza war co-authored by two scientists who had previously circulated anti-Semitic material.

Addressing the physicians and staff at the Rambam hospital in the northern city of Haifa, Israel on Thursday morning at the end of his three-day visit to the country, Prof Richard Horton began by saying that he intended to “set the record straight” about his views and those of his colleagues.

Last month, The Telegraph published an article about the extreme opinions expressed by some of the authors of the British medical journal’s ‘Open letter for the people of Gaza’.

Two of the authors – Dr Paola Manduca and Dr Swee Ang – had previously circulated and promoted a link to a video clip featuring an anti-Semitic diatribe by David Duke, a white supremacist and former Ku Klux Klan Grand Wizard.

In the footage, Duke claims that “the Zionist Matrix of Power controls Media, Politics and Banking” and that “some of the Jewish elite practices racism and tribalism to advance their supremacist agenda”

2. Speaking of The Lancet…

The Lancet joins other once-respected science journals falling into disrepute at the hands of alarmists. Alex Berezow writes at the American Council on Science and Health ‘The Lancet’ Has Gotten Really Weird.Excerpts in italics with my bolds.  A footnote at the end provides a timetable for the Lancet’s demise.

The Lancet is a highly respected biomedical journal that rightly carries a lot of clout in the scientific community. That’s what makes its recent turn toward sensationalism and clickbait so incredibly odd.

We first noticed that something was strangely amiss in 2017 when the editor-in-chief of The Lancet praised Karl Marx in a bizarre editorial. The piece made multiple dubious claims, such as, “Medicine and Marxism have entangled, intimate, and respectable histories.” The 100 million (or so) graves of the victims of communism beg to differ.

3. Is anyone doing actual science anymore? This study on the potential benefits of HCQ for Covid looks promising. At least the premise makes sense and doesn’t seem created to fail.

A Randomized Trial of Hydroxychloroquine as Postexposure Prophylaxis for Covid-19

Coronavirus disease 2019 (Covid-19) occurs after exposure to severe acute respiratory syndrome coronavirus 2 (SARS-CoV-2). For persons who are exposed, the standard of care is observation and quarantine. Whether hydroxychloroquine can prevent symptomatic infection after SARS-CoV-2 exposure is unknown.

We conducted a randomized, double-blind, placebo-controlled trial across the United States and parts of Canada testing hydroxychloroquine as postexposure prophylaxis. We enrolled adults who had household or occupational exposure to someone with confirmed Covid-19 at a distance of less than 6 ft for more than 10 minutes while wearing neither a face mask nor an eye shield (high-risk exposure) or while wearing a face mask but no eye shield (moderate-risk exposure). Within 4 days after exposure, we randomly assigned participants to receive either placebo or hydroxychloroquine (800 mg once, followed by 600 mg in 6 to 8 hours, then 600 mg daily for 4 additional days). The primary outcome was the incidence of either laboratory-confirmed Covid-19 or illness compatible with Covid-19 within 14 days.

We enrolled 821 asymptomatic participants. Overall, 87.6% of the participants (719 of 821) reported a high-risk exposure to a confirmed Covid-19 contact. The incidence of new illness compatible with Covid-19 did not differ significantly between participants receiving hydroxychloroquine (49 of 414 [11.8%]) and those receiving placebo (58 of 407 [14.3%]); the absolute difference was ?2.4 percentage points (95% confidence interval, ?7.0 to 2.2; P=0.35). Side effects were more common with hydroxychloroquine than with placebo (40.1% vs. 16.8%), but no serious adverse reactions were reported.

In a press conference late Friday, Hammond Police Chief Edwin Bergeron said Allbritton drove through the Target, dropped what was presumed to be an explosive device, ran out a side door and attempted to carjack someone in the parking lot before being apprehended by Hammond police officers.

Law enforcement had not confirmed as of Friday afternoon whether that device was explosive, but said Allbritton intended for people to believe it was.

Bergeron said Allbritton had dropped similar devices at a nearby Sanderson Farms and Dollar General earlier in the day. He had a fourth device on him when he was arrested, according to Bergeron.

6. And just when you thought things could not get any weirder…

Antifa is so awful that biker gangs are now the good guys. https://t.co/KxnZhiPKqi

7. BC (Canadian Westernmost Province) explains where the Wuhan Flu came from, and how it spread, and where it remains.

(The video and article is very informative and deserves the time and attention to watch and read. It seems to be actual information rather than whatever it is we have been getting generally.)

[…] B.C.’s initial cases, starting in January, can readily be traced back to China, where the outbreak began. A second group of cases starting in February is associated with the outbreak in Iran. […]

Thank you EB., PePi, Wrath of Khan, Richard, Yucki and all who have continued to stay with the chaotic and depressing events that are shaping 2020.

Today in Ottawa, a massive demonstration for global Marxism. Of course the majority of people who were at that demonstration do not know that. They are what Lenin called, “Useful idiots”.

But the people who are and will hijack this demonstration for Marxist purposes, ANTIFA most notably where there in numbers even if their uniforms require some knowledge to identify. There is one question left of course and this is, ‘will what was a peaceful, even if misguided demonstration about the death of a black man in the US while in custody of 1 white police officer, a couple of Arab ones and a Chinese cop, turn into a major riot and looting like it did in some US states.

A quick look downtown today showed some shops boarded up, although one couldn’t be certain if it was boarded because Covid, or anticipating the rioting. One store on Sussex, a fairly exclusive retail street in Ottawa where the US embassy also is, had signs supporting BLM. No idea if that was insurance, as is common in Portland where stores have to appear to support ANTIFA and the communist insurrection or face constant destruction and looting. 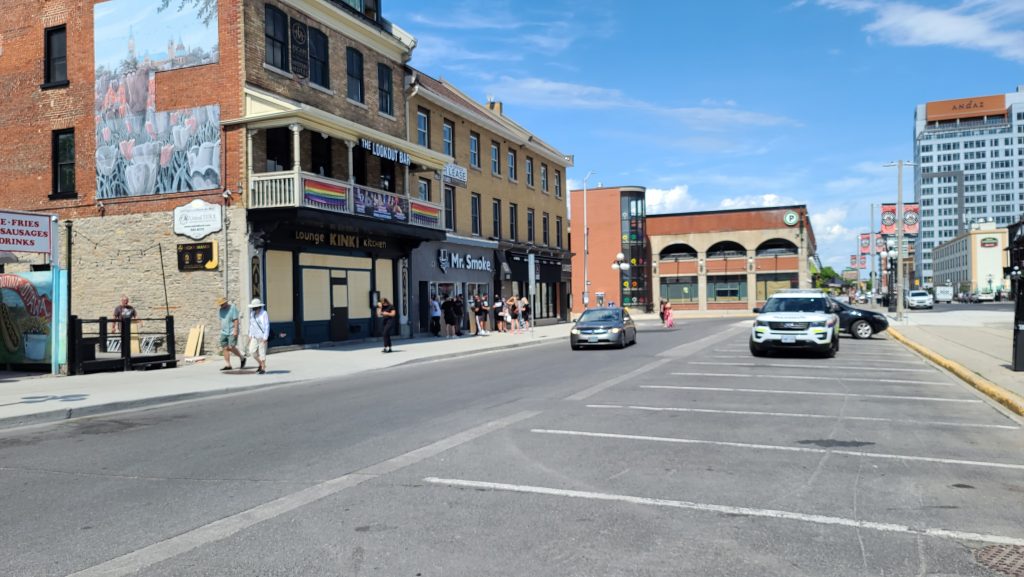 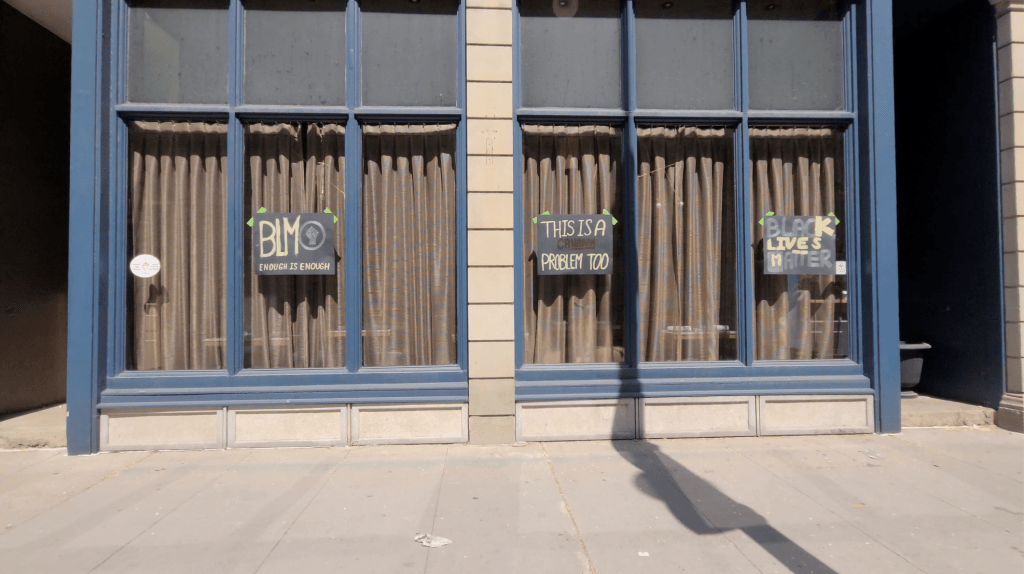 More videos from the daytime portion of the Ottawa demo

Somehow, white people are going to be blamed for the biological fact that black people do not have enough Vitamin D in their systems so darker coloured people are more likely to get the Wuhan Flu, and get sick from it.