This video must be seen by as many people as possible as often as is necessary.

The YouTube Poster who put this up reworked it to make it a tool for antisemitism, but I don’t see any evidence of that in this actual interview.

It is also interesting that when Yuri worked for the CBC, he says it was essentially like Voice of America at that time. Now of course, the CBC is most certainly fully Soviet in that it does not tell any truth or reveal any facts that may interfere with a Soviet style, dramatically communist/Postmodern narrative.

In fact he touches on Trudeau Sr.,and his capitulations to Soviet requests, and the fact that Canada’s then lack of gun denial laws allowed Yuri to be less concerned about Soviet agent threats at the time.

For Canadians, this really is mandatory watching.

This also seems a good time to repost the newspaper article from Canada from the 1970s. 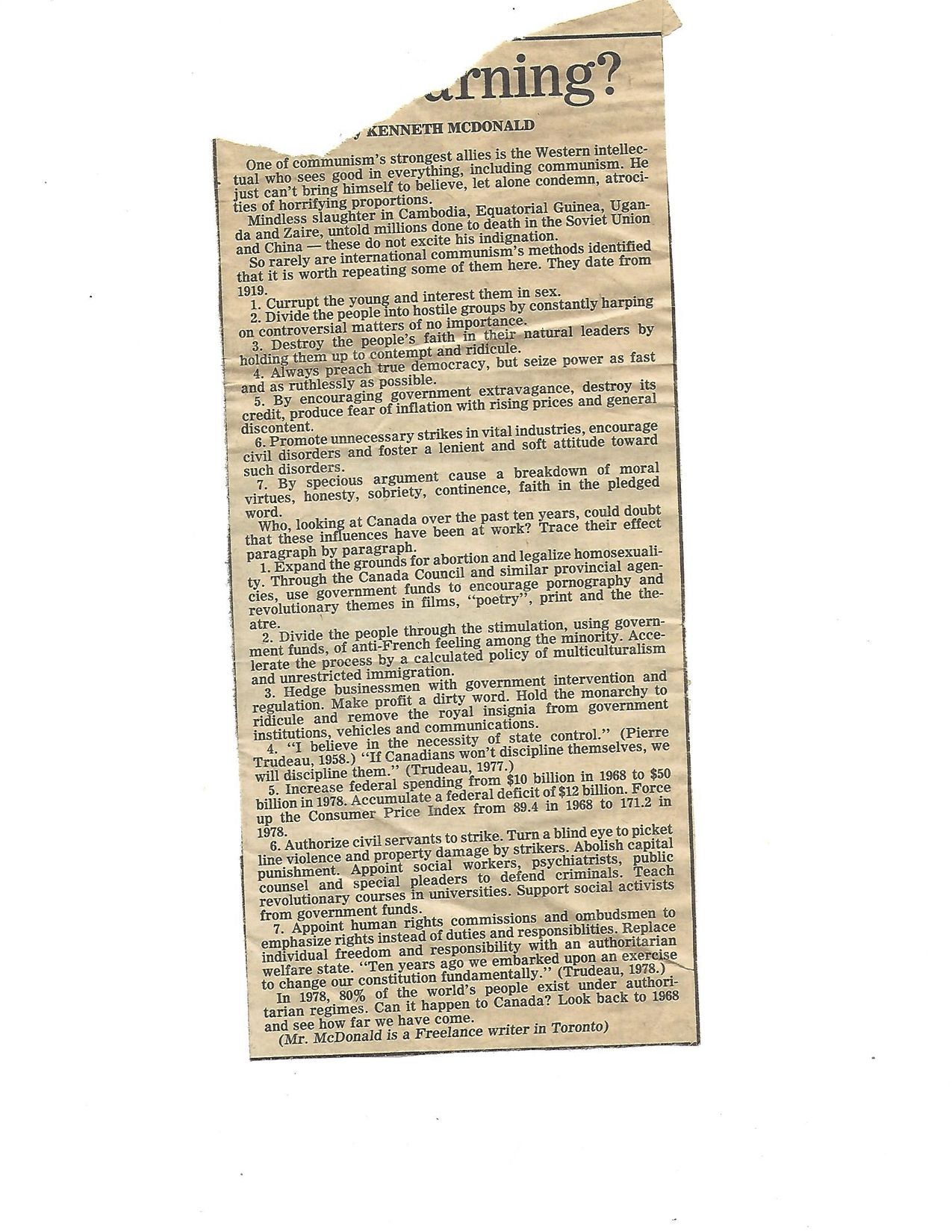 4 Replies to “Repost of the Yuri Bezmenov video”