1. This is interesting, and I want to believe its straight but something is odd about it. Why pixelate the face at the end? Still, the arrest is likely legit. But why did he hang out there for 2 hours? Or was he doing ‘streeters’ that whole time with others then saw this? Or did he call the police, which would not be irrational given what she said.

2. Women in Migrant-heavy Paris Area Complain Harassment Getting Even Worse

Women living in a heavily migrant-populated Paris area who complained about constant harassment from men last year are saying the situation has become even worse, with some refusing to even leave their homes.

Last year a group of local women signed a petition in an attempt to call attention to the situation in the Chapelle-Pajol district in northern Paris, but now they claim the situation has become even worse than before, Le Parisien reports.

“The situation has worsened. Of course, since these men are more and more numerous. Like many others, I gave up taking the metro to La Chapelle, to cross the square … Even at a running pace,” a local woman who did not wish to be identified said.

“And do not talk about cafes. They do not say ‘Women Prohibited’ on the front, of course, but who would risk it? The police are more present, it’s true, but the fights are also more and more numerous and violent. I have the impression that these traffickers won the game: they took possession of the place,” she added.

3. Some 10,000 Venezuelan passports and other documents were issued to Middle Easterners

Within the span of a year, Venezuela illegally issued at least 10,000 passports and other documents to citizens of Syria, Iran and other Middle Eastern countries in a scheme spearheaded by current Vice President Tareck El Aissami, according to a former high-ranking immigration official.

Colonel Vladimir Medrano Rengifo, former director of Venezuela’s Office of Identification and Migration, said that during his 17 months in the post, most passports and visas were granted in the Venezuelan Consulate in Damascus, Syria’s capital.

“Today we don’t know where these people are, nor what they are doing,” said Medrano, who was fired by El Aisaami and now lives in South Florida. “They could be anywhere in the world, traveling with Venezuelan documentation.”

El Aissami, a powerhouse in Venezuela, has long been investigated in the United States for his alleged links to drug trafficking and to the Islamist militant group Hezbollah.

4. Oh yeah. This is interesting. Migrants breaking into developed nations seem often to be in possession of these: 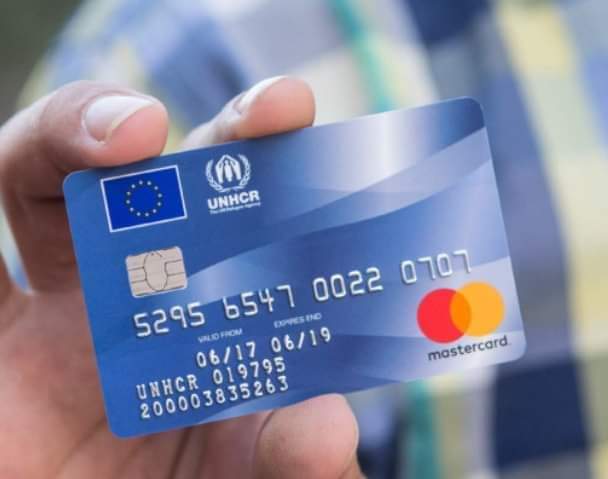 5. Although this is from Oct. 9, maybe it needs to be looked at more seriously in the wake of both the Pittsburgh massacre along with James Polite’s spree for which he was just arrested. First Toronto:

Toronto police are investigating after a Jewish day school was targeted with graffiti over the Thanksgiving weekend.

The messages were found Tuesday morning scrawled at the south campus of Leo Baeck Day School in the area of Eglinton Avenue and Allen Road.

Toronto police said one sign read “Free Palestine” while another read “Long Live Palestine” and said they are investigating the graffiti as an act of mischief.

A news release sent out by the Centre For Israel and Jewish Affairs showed “Long life to the Hamas” scrawled on another sign at the school. CIJA said that nearby Beth Sholom Synagogue was also targeted with graffiti.

In a message posted to Leo Baeck’s Facebook page, Head of School Eric Petersiel said the graffiti appears to have been scrawled just before 6 p.m. on Monday.

(Act of mischief. As I repeat till my throat is sore, selective enforcement is the principle tool of the tyrant. Aspiring or defacto)

And as posted last night, James Polite, the Obama volunteer and  community organizer, arrested for serial arson on Jewish institutions, as well as threats and graffiti that resulted in cancelation of some kind of event at a Synagogue.

But Mr. Polite, now 25, still believed that college was the best next step. He found encouragement as a volunteer in his teens, registering voters and canvassing neighborhoods in New York City during Barack Obama’s first presidential bid. Mentors on the campaign trail urged him to pursue higher education.

Oh yeah, and “Kill all Jews” trending on Twitter.

6. It appears that Americans are very engaged with the upcoming midterms on Tuesday.

7. Burka clad women in group storming border to US from Mexico

We are starting see evidence of a conspiracy by supranational orgs. like the EU and UN, who, as we can now see from their own words, are working together to obliterate nation states and end our cultures together to make a non-democratic Culturally Marxist world, controlled by them.

Its time to start taking larger risks to wake up our neighbours and colleagues. Time is shorter than we thought.

I would like to add in that spirit, one thought.

The only difference between the Nazis invading Paris and ten thousand Central Americans being paid to attack border guards and break into the US in order to plunder its resources, is Hugo Boss.