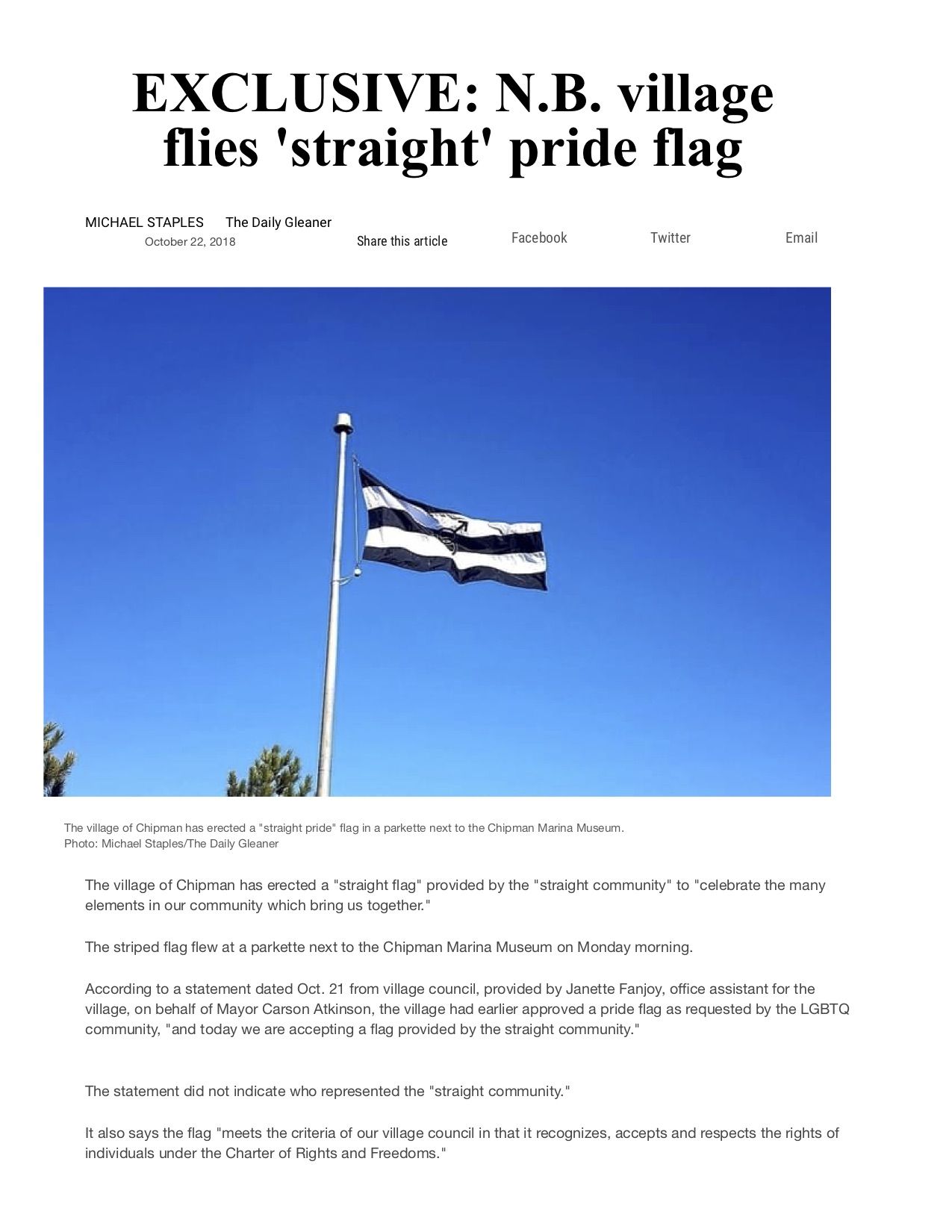 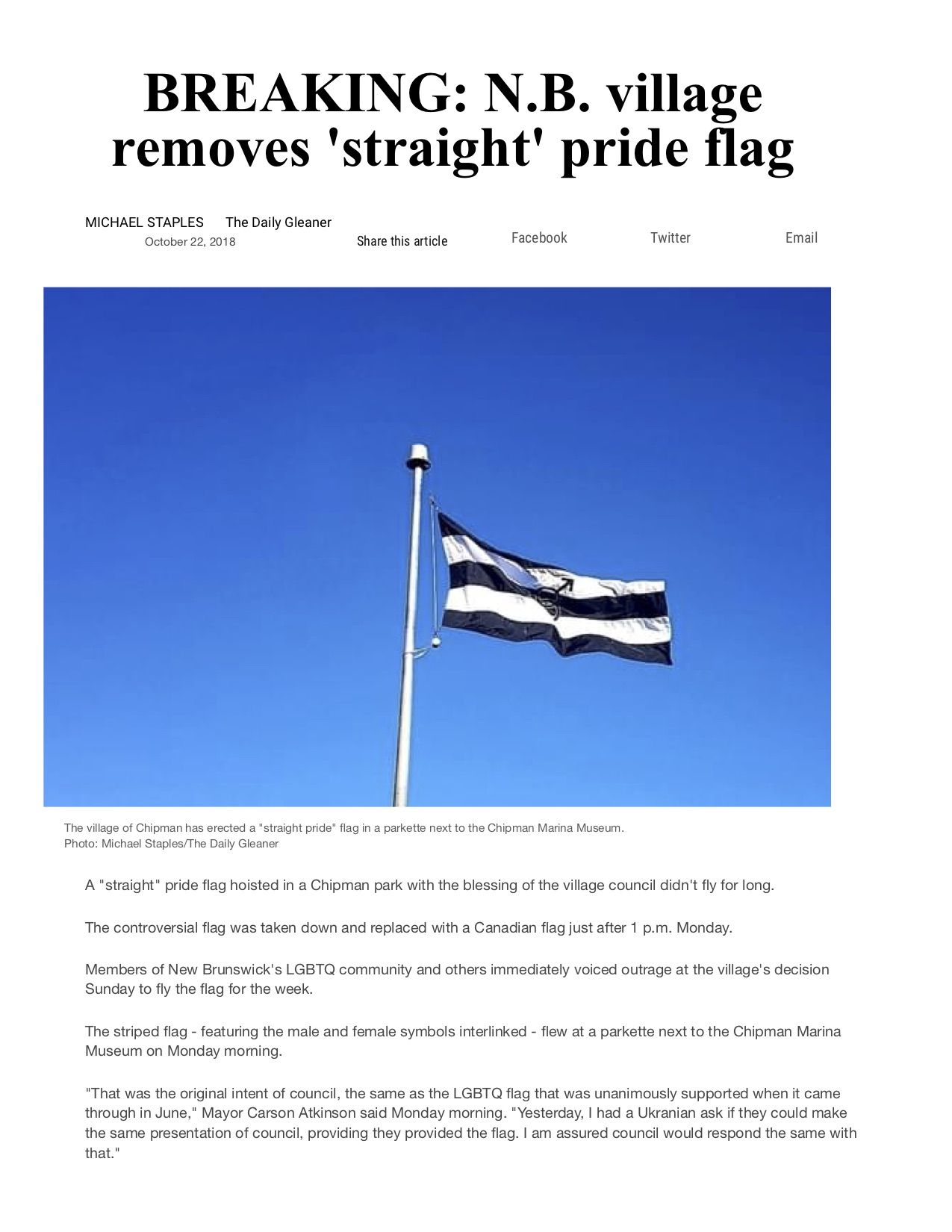 In a statement dated Sunday, he said the request came from the “straight community.” Justin Fudge, a member of the village’s LGBTQ community, said he’s not impressed.
“For the village to show it’s support with the pride flag raising this summer, this is a bit of a slap in the face for our community,” he said. “It definitely offers some setbacks, for sure, in awareness and acceptance.”

Norma Myshrall said she travels to Chipman each day from Cumberland Bay to visit her favourite coffee shop and said raising the flag has hurt some people and, because of that, she thinks it’s a shame.

“With so many people hurt maybe [the village] should apologize and take it down,” Myshrall said. “When they talked about the flag, they never thought it would affect people.”
Atkinson said Monday he’s had to block angry callers. He said people don’t understand the reason behind the decision to approve the flag was to showcase Chipman as an inclusive community.

In his statement Sunday, he said allowing the flag to fly was “to celebrate the many elements in our community which bring us together.”
Similar “straight pride” events and declarations have been derided and mocked elsewhere.
In the latest to grab headlines, Ted Hickman, the vice mayor of Dixon. Calif., published a column this summer in his local paper that called for July to be declared “Straight Pride American Month.” It was met with calls for his resignation.

In April, a “straight pride” pin badge – in the shape and design resembling a rainbow flag, but featuring only shades of grey – was pulled from Amazon after commenters filled the page with angry reviews, according to Newsweek.

In the mayor’s statement, also posted on the village’s Facebook page, the mayor said the flag “meets the criteria of our village council in that it recognizes, accepts and respects the rights of individuals under the Charter of Rights and Freedoms.”

It concludes: “Whatever your personal persuasions, political or religious views, or country of origin, we welcome you in our community and ask for your volunteer efforts to help make Chipman a more open dynamic and attractive community for all citizens.”
More to come…