2. Wish I knew more about this photo. There is no information about it at all. Which is highly suspect. 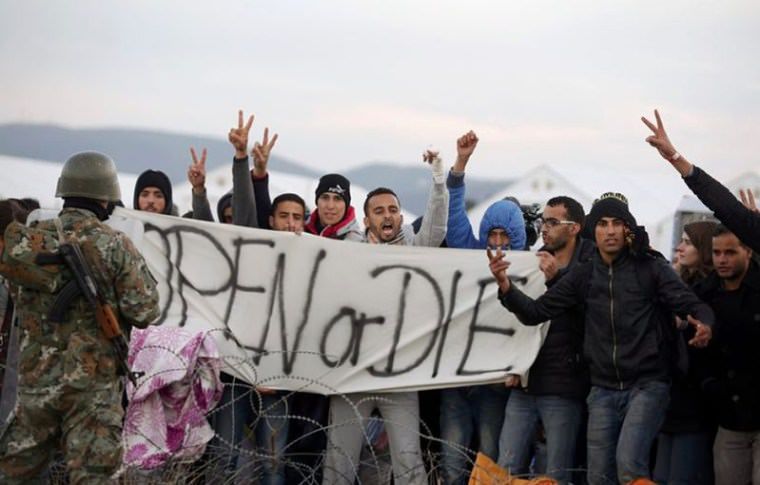 (If it is real, I have a potential answer.)

3. First, a video describing an event. The video is by Euronews, the steadily deceptive Fake News outfit funded by the EU, to enforce the narrative of a greater Islamic and communist Europe.

Now read about the event as it actually happened. Notice anything missing in the Euronews report?

Much like this Euronews report on the Pope’s visit to CAR Africa.

4. Lets talk about the US economy and who did what:

6. Six held in France over vegan attacks on Lille shops

Six people have been held this week over a string of vegan activist attacks in the city of Lille, officials said.

Nine businesses, including a butcher, fishmonger, cheese shop and a McDonald’s, have had windows smashed and fake blood thrown on their walls in recent months.

Five of the six detained people have since been or will now be released.

However, the Lille prosecutor’s office set a court date in December for a detained 21-year-old woman.

7. Leftist attempts to STAB a Republican candidate in November’s election.

Thank you Johnny U., M., Wrath of Khan, Xanthippa, EB., Richard, a LOT of wonderful people I have lost track of, and everyone who understands these issues well enough to even other reading real news and understanding what is at state here at this late stage for Civilization.

Rome was indeed not built in a day. But it was probably burned in one.