It will take some time to tell the story of what took place today on Parliament hill. Several friends of this site attended a major demonstration in Ottawa, organized by members of the Chinese community to object to the Trudeau government plus the Canadian government-media complex’s treatment, of the Hijab Hoax orchestrated, in this author’s opinion, to justify turning Motion 103, into bill 103, making criticism of Islam a criminal offence.

ANTIFA of course showed up to scream Nazi and racist at Chinese people who were there to protest, in their own words, (which will be posted as soon as I can edit and upload the massive amount of video I was sent) Trudeau’s divisive policies setting Canadians against Canadians.

The irony of Antifa knows no boundaries at all. 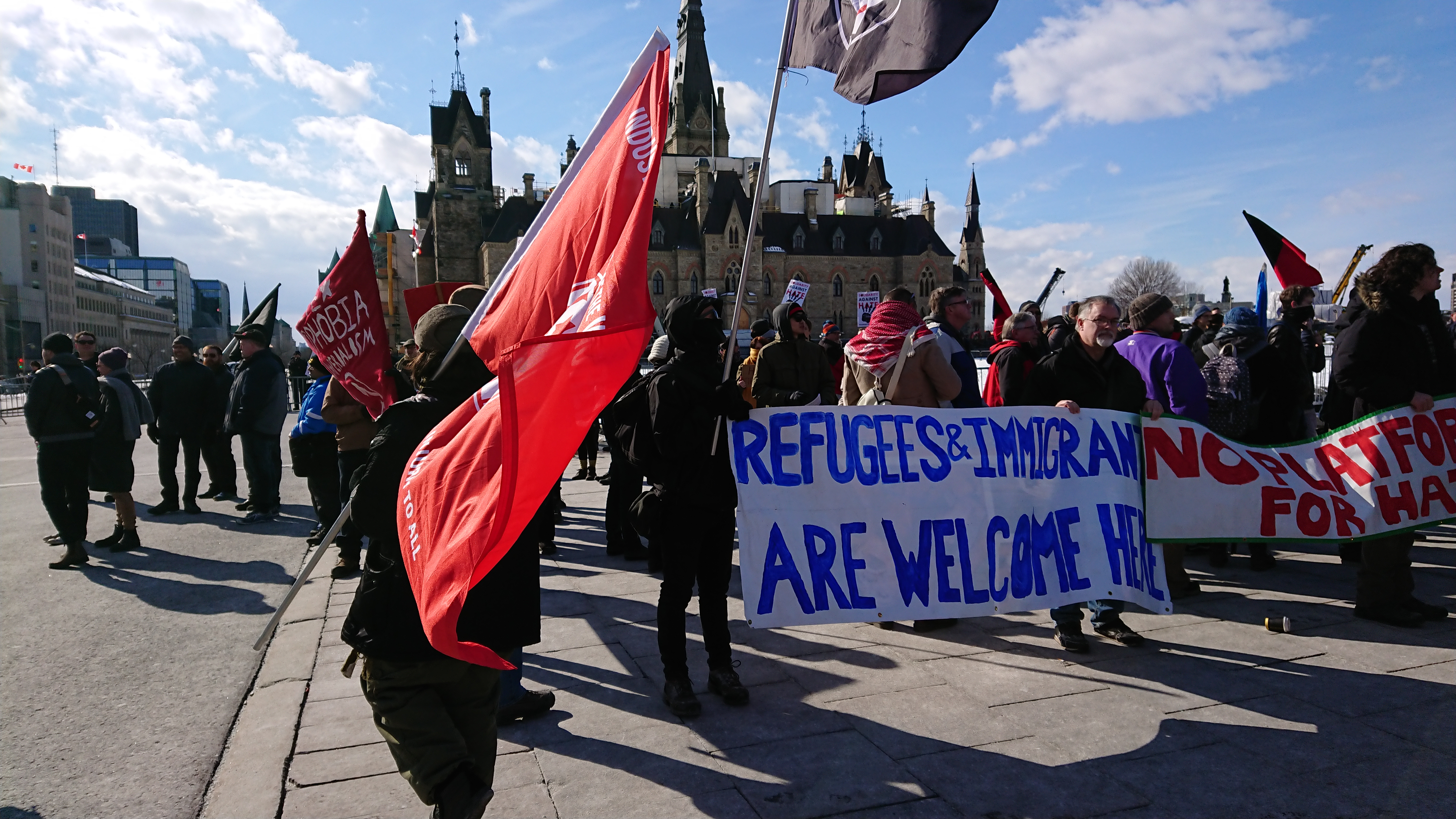 The Chinese community were very clear about exactly what has upset them: 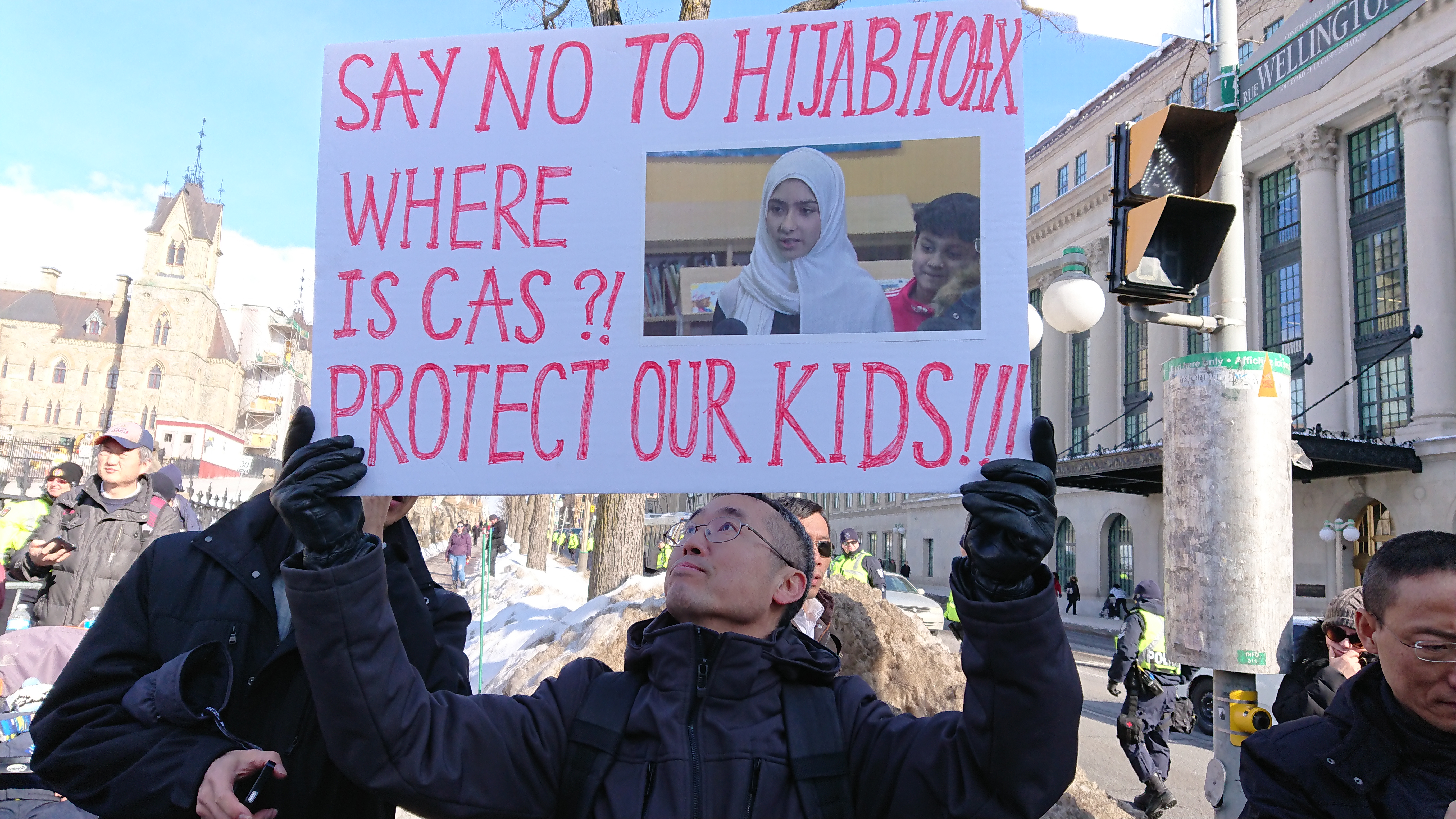 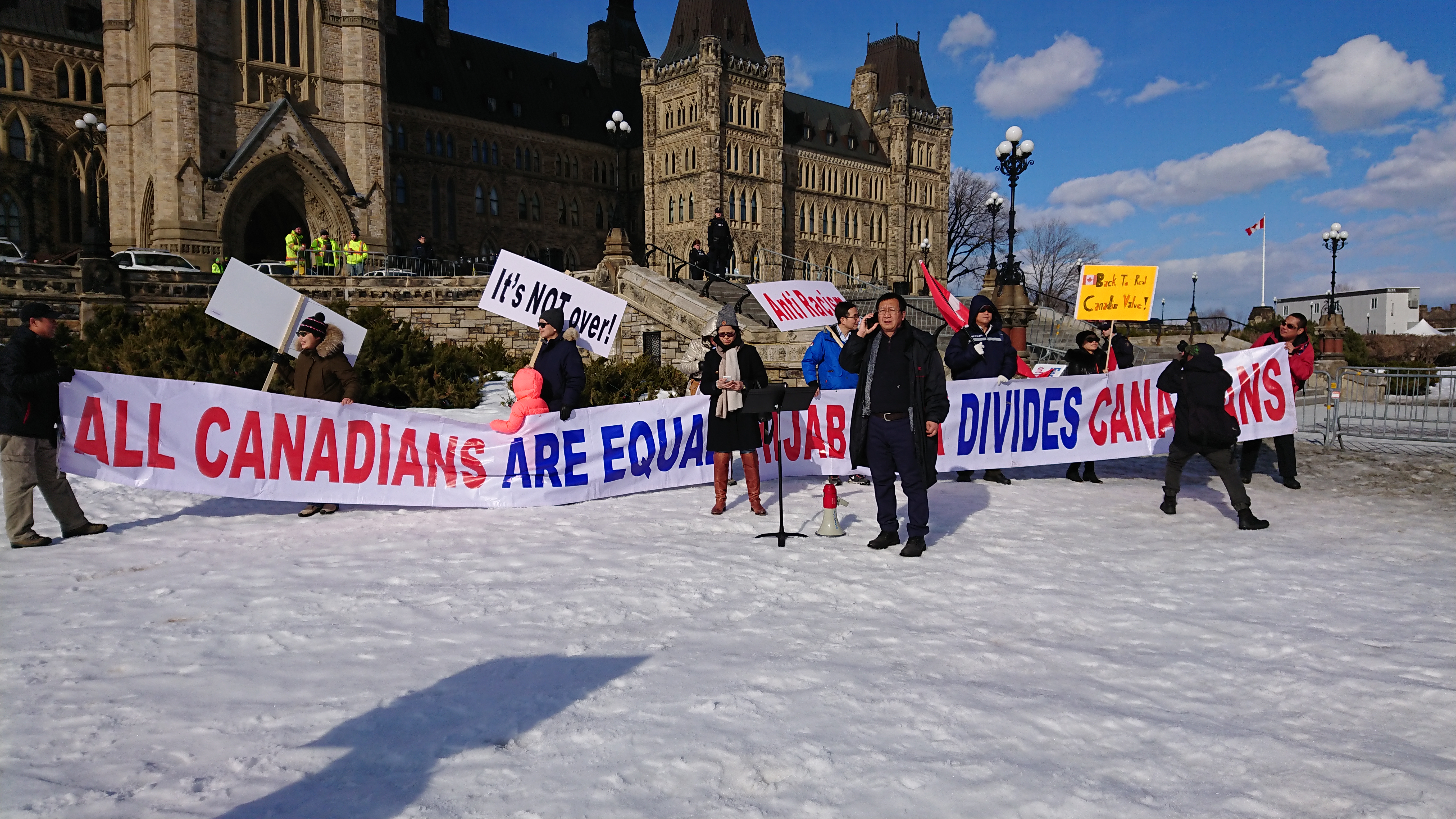 There will be a lot more posted on this shortly. But for the moment it needs to be understood that no where is there a more patriotic group of Canadians than was on Parliament hill today. Quebec’s La Meute along with the Storm Alliance, The Proud Boys, and a few other groups I did not even know about in full lock step solidarity with this excellent group of Chinese Canadians in what, to the best of my knowledge, was an unprecedented display of solidarity.

So in a way, Trudeau has managed to bring Canadians together like no one before him.

Out of sheer disgust for him. 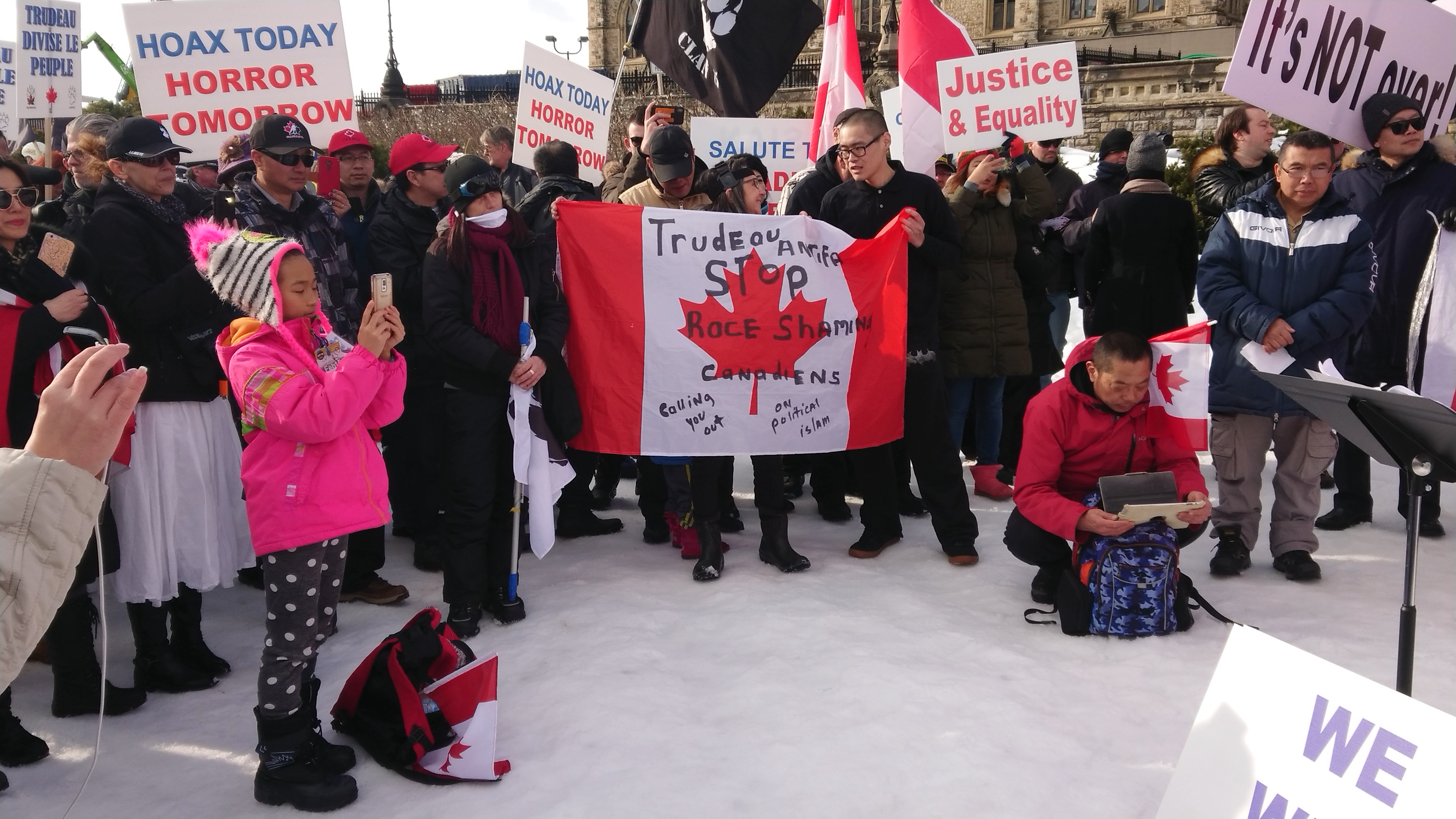 Some of the videos of the event:

For anyone wondering what the term, “fake News” means, read this absurd Soviet level propaganda from the Ottawa Citizen claiming that the Chinese group, none of the speakers of which could speak English without a Chinese accent, were “anti-Immigrant” while simultaneously calling the thuggish Marxist groups there as “anti-fascist’.

One of the ways you can spot fake news is by the formula. One example that is glaringly consistent, is to call people who are against mass immigration at the population replacement level, or illegal immigration over and above legal vetted immigration, or against importing people hostile to our cultures and then telling them not to integrate while financing them with taxes collected from those working in these countries, and calling them “anti-immigrant” etc. Quite consistent. Much like calling people who don’t like being raped, “Anti-sex”.