1. The secondary story here is the extraordinary lengths the media goes to, in order to protect the perpetrators of serious crime.

The video is deliberately distorted so much that you can not make out any features of the criminals. But it was not fully pink-painted. So you can see that the victims appear to be young white people, while by accent and color, the gangs doing the intimidation are not.

Whether or not we as individuals may or may not think this is significant. the point is that the people who published the video and wrote the story clearly do. So why?

A TOWN is being “held to ransom” by knife-wielding yobs as young as 10-years-old, according to residents and businesses who says “feral” youths are subjecting them to extreme anti-social behaviour on a daily basis.

A number of men with migrant backgrounds have been convicted of a trio of murders in a Stockholm suburb, where a man was shot dead then a witness and his wife were brutally murdered.

Fouad Saleh, 22, described as a leading figure in the local crime scene, was handed a life sentence for the murders, which took place in Hallonbergen last year.

The first murder investigation began in January 2017, when a seriously injured man turned up to Karolinska University Hospital and told staff he had been shot at a garage but managed to escape.

Today, the FBI releases an announcement saying Deputy FBI Director Andrew “Andy” McCabe has stepped down (been removed) from his position effective immediately.

4. An analysis on the Q Anon posts. (I do not know the person doing the analysis. I would welcome anyone posting on who this person is and why his opinion matters.

(The Qanan post videos can be found on this site’s posts and in the comments mostly.)

5. Hollywood: “These are our principles. If you don’t like them, we have others”.

So @TheAcademy outlined its new guidelines for purging members today. Basically anonymous “claimants” may make any accusation they wish. The “accused” may only respond in writing to his accuser’s claims. No due process. No hearing. Pure McCarthyism. The blacklist all over again.

6. Aa reasonable critique of women marching for something or other in the US, Canada and the West.

7. Hamas, Islamic Jihad, Other Military Wings in Gaza Are Our Blood Brothers, Not Rivals

Thank you Wrath of Khan, M., Xanthippa, Richard, Ava Lon and so many more who contributed to this site over the last 24 hours and more.

The photo below is for those who have seen the CBC assassination disguised as an interview on CBC. For those who have not, please see it ASAP. It is an excellent argument for the defunding of the CBC. Of course people should be ‘allowed’ to do such dishonest and tactical attacks on people they disagree with. But the agenda of the CBC is so one sided and not in the interests of Western civilization, that Western Civilization should not be forced to pay for it. Let this be a free market tactic and see how that works out. 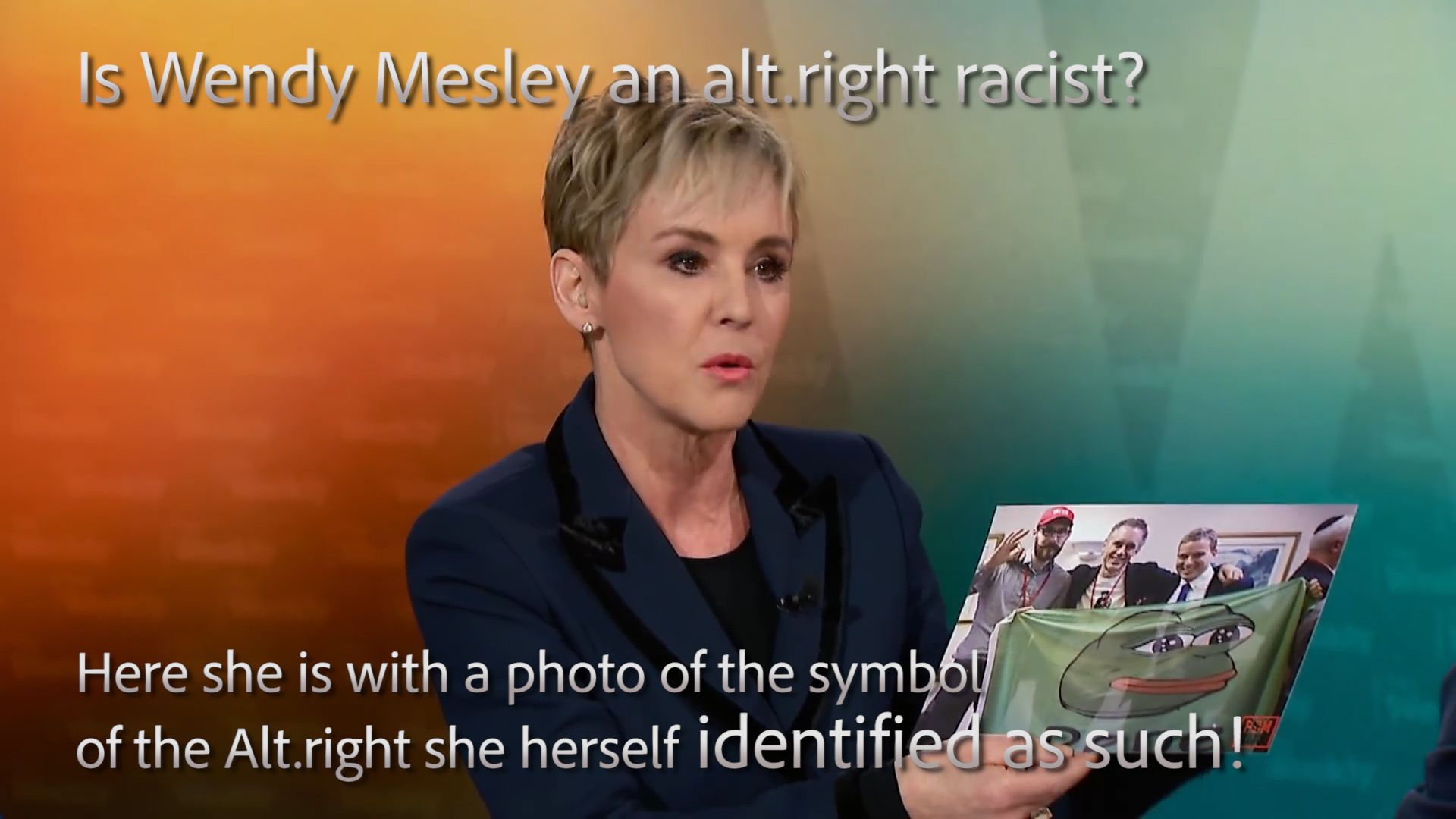