1. The answer to the cut-hijab-gate, likely some kind of propaganda stunt to advance M103 as a law, may like in the following photo: 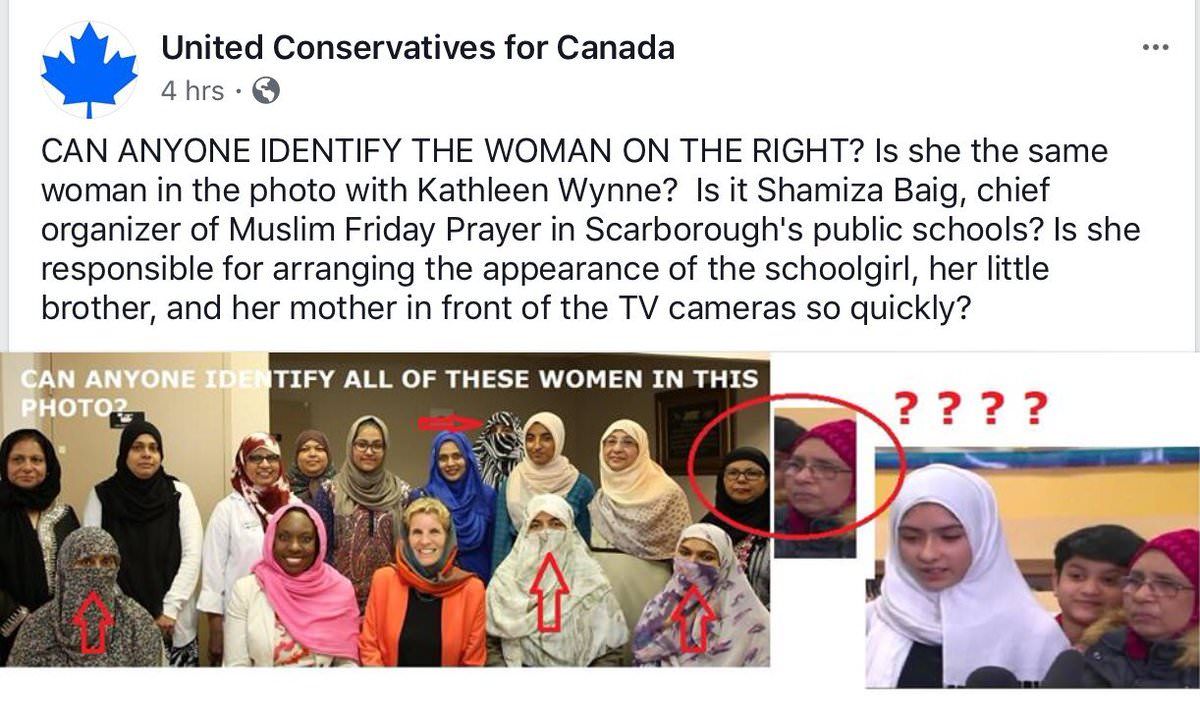 Whatever happens with this case, I think her new Indian, forever name should be:

2. REVEALED: Trudeau Spoke To John Kerry About Trump Administration During His “Family Vacation” On The Aga Khan’s Island

Justin Trudeau is now revealing that he spoke to former US Secretary of State John Kerry about the incoming Trump administration while he was on his so-called “family vacation” on the private island belonging to the Aga Khan.

As reported by the CP, “It was an opportunity to engage with a sitting secretary of state … but the conversations were very general about the state of the world … expectations around the incoming administration on foreign policy issues,” Trudeau said. “There was nothing decided or of significant, direct impact on Canadian policy in any way.”

Of note, this information is only now being revealed by the PM, and is something he apparently deemed fit to hide from Canadians for over a year.

Newman’s repeated strawman construction was entirely exposed and thwarted by Peterson. She was humiliated on her home turf, and with ease. It must be highly embarrassing for her. Her followers who claim otherwise are just bluffing or delusional. pic.twitter.com/25nBPGwqBO

The thread is pretty good as well.

But while both UA and UCLA closed their Social Justice Advocates programs not long after Campus Reform broke news of them, WSU went full-steam ahead, hiring four students to work in the school’s Diversity Education office.

Despite each student “working” roughly 10 hours per week, Campus Reform has discovered that the peer educators only appear to have successfully pulled off one workshop last semester—an event dedicated to fighting “cultural appropriation” in Halloween costumes.

Hosted two weeks before the holiday, the SJPEs facilitated the “We’re a Culture, Not a Costume” workshop before a small audience, warning their peers of the harms that could arise if their Halloween costumes aren’t culturally sensitive enough.

(Knowing that students are paid to make up this bullsh*t doesn’t make it any more or any less bullish*t but it does change the gravitas of the events dramatically.)

5. A few things one needs to know about this video:

It is made by Euronews, which is funded by the EU itself and quite probably Soros or one of his front groups.

It uses the word, “populist” to mean anyone who is concerned about their own interests, or European people’s group interests as opposed to the wave of international socialism the UN, EU, and the Obama-Soros-Trudeau-EU-Vatican cabal are pushing on the entire world.

Al Jazeera, you will all be relieved to know, agrees with Euronews and uses the new but common tactic, to try and frame the oppressive policies of socialism in the language of human rights, so the under-informed will imagine sacrificing their real human rights is a forward move for human rights.

6. Kidnapped women by Book Haram are pretty much fully brainwashed

7. Switzerland prepares referendum to end the free movement portion of the agreement with the EU.

(Switzerland, which is still somewhat culturally intact to the great chagrin of the EU and so on, likely will vote to preserve itself, as it still recognizes itself.)

ANSA) – Venice, January 18 – A train ticket inspector who threw a Nigerian migrant off a train near Venice in 2014 because he did not have a ticket was sentenced to 20 days in jail for “attempted private violence” on Thursday.

Thank you M., Xanthippa, Wrath of Khan, EB., PissPiggy, and a LOT of great people posting interesting and relevant things to the horror that is the communist/Postmodern-Islamic sweep of world cultures and legal systems.

As always, the Reader’s Daily links for today and yesterday are good, but perhaps yesterday’s, January 17, is especially good for those looking for raw news links.

10 Replies to “Could there be more to scissors-gate? Leftist tactics exposed: Links 1, January 18, 18”