Socialism is so awesome that Venezuelans have regressed into a hunter gatherer society. pic.twitter.com/0EDYfxD8i5

In the video the perps are slightly less pixelated than Muslims usually are when they attack or rape people.

4. (Removed as source did not check out)

5. White leftists interpret a perfectly innocent advert for a sweatshirt as a racist slur, black Out Africans decide to run with that interpretation and trash the stores that sell them.

(The mother of the young boy who modelled the shirt at the centre of all this is telling people to STFU and stop this nonsense but why listen to reason when you can trash a store like a wild boar and feel that you are the morally superior person while doing it?)

6. Have you wondered if the New York Times is fake news? Check this out.

Then try and find out ANYTHING about the man on trial for attacking a Quebec mosque. He isn’t even being charged with terrorism. There is no hint or indication that he is anti-Muslim whatsoever yet. So even if he is, then the NYT his still lying, as no one knows that yet. Its a significant point to gamble on. And no real journalist would do that.

7. A comment worthy of wider readership from reader, Malca:

https://taskandpurpose.com/emergency-alert-system-hawaii-false-alarm/ :Time will tell what really happened, but as a Certified Emergency Manager (CEM) who helped set up the Mass Notification System for a major military base, https://taskandpurpose.com/author/shawn-vandiver/&quot; If PACOM immediately released a message saying that there was no threat, so why didn’t Hawaii EMA immediately send a retraction via WEA ?

These alerts are not actuated by physically pushed buttons… An operator would either type in the desired alert (or select from canned messages), select which communications mediums they’d like to use and the populations they’d like to alert, and then hit “send” and then again confirm that they really want to send that message.

The  “https://taskandpurpose.com/author/jared-keller/      senior editor at Task and Purpose has previously worked for The Atlantic, Bloomberg Digital, Al Jazeera America [and did not author this article.]
—
For a complex system, it’s never “blame the guy who pressed the button,” so I was also wondering who got the contract to build such a doomed design. No time to explore further, but you might start here and look for RFP’s (request for proposal) http://governor.hawaii.gov/newsroom/hi-ema-news-release-hawaii-emergency-management-agency-announces-new-executive-officer/

Thank you Sassy, M., Xanthippa, MissPiggy, Wrath of Khan, Malca, Richard, and so many more of whom I have lost track.

As an afterthought, what would you say of a person who said:

World Government Must Rule U.S. ‘For Their Own Good’

Or owned one of these? 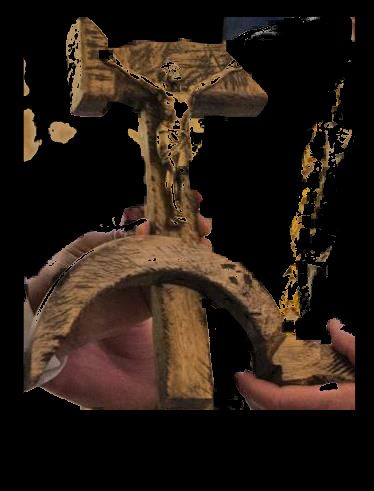