In the image below, are you seeing

2. Children of families that recently got a dog and are learning to play with them

3. Treatment for a rare form of balance disorder that requires the arse to be elevated over the head for several minutes at a time throughout the day.

4. Dutch children being brought to a mosque and taught how to pray like Muslims in a manner which would be defacto illegal if it was any other religion at all, including Christianity, the founding faith of that entire culture. 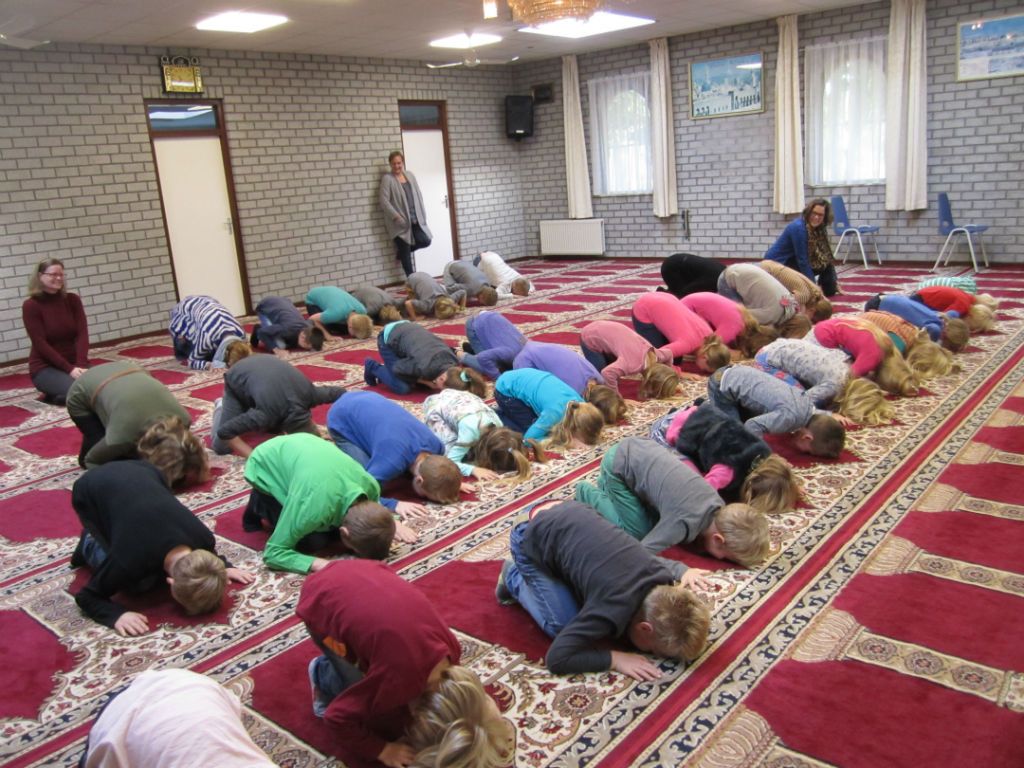 The photo dates from 30 October 2014. Show girls and boys of primary school Vinkenbuurt, native Dutch blond lying prostrate to pray to Allah in Ghulzar-e-Madina mosque in Zwolle, the capital of the province of Overijssel, in the east-central area of ‘Holland.