Prime Minister Binali Yildirim gave the death toll during a press conference in Istanbul and condemned the attack.

“For the stability of our country, we will continue doing everything we can to save our homeland and our nation from the forces of terrorism,” he said.

Cuneyit Orhan Toprak, governor of Hakkari province where the attack took place, told that private news channel NTV that 27 others wounded in the attack were rushed to nearby hospitals for treatment. Eleven of them were soldiers, the Turkish military said.

(When this sort of thing happens in Europe or North America, it takes days before even an uncertain guess at the motives and ethnicity of the attacker is said clearly. Even though its always Muslims.)

3. How Islam penetrates the Netherlands

4. Terror on the tram: Passenger’s horror as man has his neck sliced open – missing a vital artery by millimetres – in a brutal knife attack

(Here is a fantastic example of contemporary lie-by-ommission of the government-media complex. There is no indicator whatsoever of motive. The argument that precipitated this event is not detailed whatsoever. The attacker is described only so far. But not far enough to tell if he is muslim. yet oddly, the attack in Turkey was blamed on the Kurds before the echo of the blast died.)

A man was inches away from death as he was slashed across the neck in a ‘vicious and unprovoked attack’ on board a tram.

The 36-year-old was cut with a knife while riding a Metrolink tram in Manchester.

He was lucky to be alive after his neck was sliced open, as the blade missed his carotid artery by mere inches. 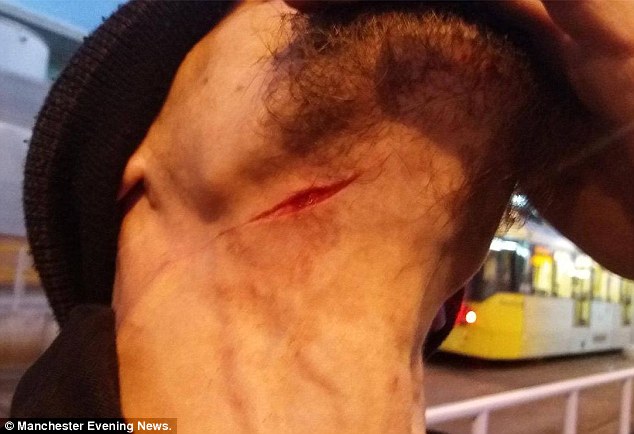 The man had reportedly become involved in a heated exchange with another passenger as he traveled to Ashton.

The attacker slashed at his victims neck in front of other passengers.

Thank you Richard, M., Wrath of Khan, Ilona Szilágyi, Xanthippa, Kathy, and all who sent in materials. Lets all express a wish for a slow news day. Happiest of Thanksgivings Canadians!

9 Replies to “Terror in Jerusalem, Islam in the Netherlands, whodunit on British tram and more: Links 1 on October 9 – 2016”