1, More important than finding a likely kidnapped RAF serviceman, is protecting the guilty if their are muslim. Watch the video at this link. You would think he was kidnapped by demons.

3. Columns of illegal migrants from the muslim world, march on Hungary demanding they open the borders to them.

Quite a few videos and story at Rebel link above.

The FBI has detained yet another Islamic immigrant named Mohamed for preparing a jihad attack.

This time, the arrested Islamic immigrant is Nelash Mohamed Das, aged 24. He was born in Bangladesh and was living in Maryland.

Since 2001, law-enforcement officials have arrested more than 101 people named for Islam’s reputed prophet, Muhammad. Many other Islamic immigrants, converts and citizens have launched deadly attacks against Americans in Orlando, Florida, in Chattanooga, Tennessee, in San Bernardino, California, in Fort Hood, Texas, and in other places.

A FORMER MI5 spy has detailed how he was nearly beheaded by Islamic State militants who lined a flat with plastic sheeting and set up a video camera to record his bloody murder. 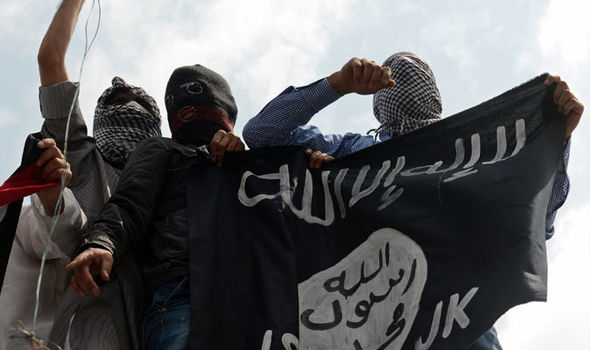 Tom Marcus said he was nearly beheaded by ISIS

The spy had been working on an operation to monitor ISIS jihadis in the UK but did not realise the militants were using counter surveillance to track him.

In new book Soldier Spy, the MI5 agent, who writes under the pen name Tom Marcus, revealed how the jihadis lured him to a dark alleyway as part of a plan to hold him in a north London flat where he was to be brutally butchered.

The Daily Links post, as it is everyday, is an excellent place to leave and grab important stories and indicators that we simply do not see in the MSM. Thanks to all who leave them, many of you every day. It really is down to us now. The media seems to operate on an agenda, and not to inform the public for the purposes of allowing us to make the best decisions in our own interests. We will have to take responsibility for informing ourselves the way the British will have to take responsibility for their own health care bit by bit, and for nearly the exact same reasons.

Here is an examples of how a false narrative that fits the socialist agenda has a substantially greater impact than the actual facts.

Duke University is creating a “safe space” for male students to pore over the ways in which their “toxic masculinities” create a harmful environment on campus and beyond.

The Men’s Project, which is sponsored by the Duke Women’s Center, aims to “create a space of brotherhood fellowship dedicated to interrogating male privilege and patriarchy as it exists in our lives, our campus and our society,” according to the university’s website.

So the FACTS in the Duke U Lacrosse team fake rape case mean nothing. Only the accusation. And welcome to the Soviet Union.

On the geopolitical front, The USA has pretty much totally alienated yet another long term ally, the Philippines.

MANILA (Reuters) – Philippine leader Rodrigo Duterte on Tuesday told U.S. President Barack Obama to “go to hell” and said the United States had refused to sell some weapons to his country but he did not care because Russia and China were willing suppliers.

In his latest salvo, Duterte said he was realigning his foreign policy because the United States had failed the Philippines and added that at some point, “I will break up with America”. It was not clear what he meant by “break up”.

During three tangential and fiercely worded speeches in Manila, Duterte said the United States did not want to sell missiles and other weapons, but Russia and China had told him they could provide them easily.

“Although it may sound shit to you, it is my sacred duty to keep the integrity of this republic and the people healthy,” Duterte said.

“If you don’t want to sell arms, I’ll go to Russia. I sent the generals to Russia and Russia said ‘do not worry we have everything you need, we’ll give it to you’.

“And as for China, they said ‘just come over and sign and everything will be delivered’.”

While it is certainly true that this leader is a bit of a cowboy, his policies, being anti drug and protecting his people from jihad, have been central dogma for pretty much every US administration up to this one.