2. Milo at UCF: A baker’s dozen awful things about islam.

3. ‘We either protect Europe or we LOSE it’ Hungary PM would deport all illegal migrants 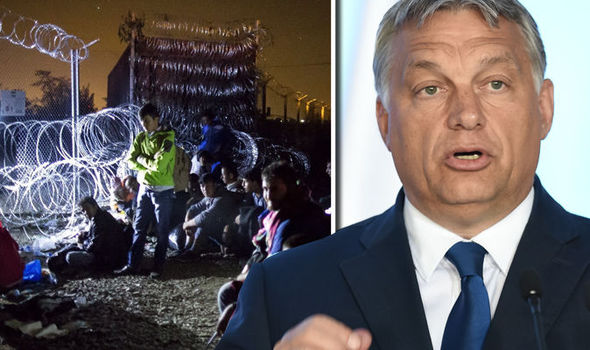 Sunday’s vote is essentially to decide whether Hungary’s borders are controlled by the national parliament or by the EU.

The openly anti-migrant Viktor Orban believes that a vote to retain control at national level may have a domino effect within the EU and for that reason politicians of Brussels are already attacking it.

Mr Orban said: “By a successful referendum we can possibly succeed in fights with those who want to weaken Europe by uncontrolled migration.

(The article goes on to quote Lee Quan Yu, but fails to mention that the former leader of Singapore publicly stated, and on video for all to see, that Islam was non-miscible and a serious problem and that in fact Singapore broke away from Malaysia because it would not implement the sharia and as punishment, Malaysia cut off their water. So in fact, Singapore has amore realistic view of Islam as a component of a classical civilization than, well nearly anyone else except Hungary and the Netherlands. One of our over-worked and under appreciated translators is in fact working on a comprehensive article about Singapore and Islam which we can hope is ready before Christmas)
6. Montreal Student Asked to Remove Kippah At “Arabic” Concordia University
Jewish blog bill613.com recently reported on its Facebook Page on an incident involving an orthodox Jewish student who was asked to take off his kippah (skullcap) in the Hall Building at Concordia University, the school famous for rioting over Benjamin Netanyahu’s 2002 speech. The blog reports:

Howie Silbiger had just entered the hall building on his way to class when a young man told him to remove his Yarmulke, explaining that he shouldn’t wear one in “an Arabic university.”

Thank you M., Wrath of Khan, Perfect Child, Gates of Vienna, Buck, Xanthippa, Various anon people from ACT for Canada, and all who helped out today and sent in materials. There will be more to come if the technical problems with the editing get solved, from the OSCE conference.

Tuesday night I did my usual monthly podcast with Red Fox Blogger. For those interested, here is the link. I come on at around 24 minutes in.