(Obama, like Hillary, believe the socialist approach to problems. Say there is no problem and punish those who stick to the truth. Hillary of course seems to stick more to, just say anything that comes to mind no matter what relationship it has to the truth, even if its true.)

Israel on Friday bitterly rejected US President Barack Obama’s claim that its officials now support last year’s nuclear deal with Iran. Far from accepting Obama’s assertion, the Israeli Defense Ministry compared the year-old accord to the Munich Agreement signed by the European powers with Nazi Germany in 1938.

Obama said Thursday that Israeli defense officials are now behind the deal signed by world powers and Iran, and that they recognize the efficacy of the accord.

“The Israeli defense establishment believes that agreements have value only if they are based on the existing reality, but they have no value if the facts on the ground are the complete opposite of those the deal is based upon,” the Defense Ministry said in a statement.

3. Moroccan boxer, 22, is arrested after ‘attempting to rape two chambermaids in the OLYMPIC VILLAGE’ in Brazil

A Moroccan boxer has been arrested on suspicion of attempting to rape two chambermaids in the Olympic Village in Brazil.

Hassan Saada was detained by police this morning over claims he attempted to sexually assault the two women in the athletes’ accommodation at Barra de Tijuca.

The 22-year-old athlete will miss out of competing in the games following allegations that he sexually assaulting two Brazilian domestic maids at the Olympic Village. 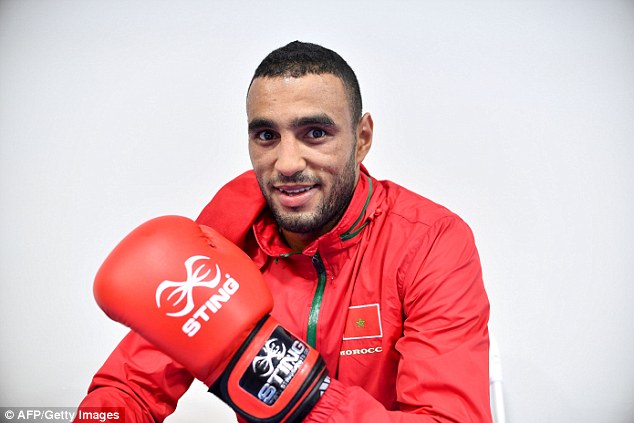 4. Hooded muslim told to leave store as they have a rule against wearing a disguise due to robbery. Video at site.

Miles Goslett –  The British authorities have said Zakaria Bulhan – the 19-year-old Norwegian man of Somali descent arrested on suspicion of murdering American tourist Darlene Horton in London on Wednesday night and stabbing five others – does not necessarily have any links to Islamic terrorism.

However, Heat Street has found evidence that a person using the same name – Zakaria Bulhan – has listed at least one book advocating violent jihadism in their personal account on the Good Reads website since 2014.

Update: An exhaustive search of UK records by Heat Street shows there is only one person in the whole of Britain with the name Zakaria Bulhan. His date of birth is listed as May 1986 – making him 20, not 19 – and he is registered as living Tooting, South London.

The Daily mail says he was a devout muslim.

The Independant interviews people who knew him who were sure he had no mental illness like that.

Gorka makes some sense though.

Thank you Dan F., M., Wrath of Khan, ML., Maria J., Xanthippa and many more and a lot more to come. Stay tuned.

3 Replies to “Norwegian mental patient actually devout Muslim who showed no signs of illness and more: Links 1 on Aug. 5 – 2016”