1, An expert on ritualistic murder discusses why Muslims behead and why it appeals.

There is much to consider in this video. but also some to disagree with. Not showing these videos or making them illegal and taboo stops no one from going to jihad but does stop decent people from understanding the threat. It would do far more good for the side of decency if governments allowed us all to see what Islam really teaches and does, than it helps the very very few people who might think these actions are ‘cool’ and head out to do it. In fact, the stigma applied, the taboo nature of it was we created it, only helps them. Just like smoking dope and other similar things.

2. A French news clip on this morning’s jihad attack on French institutions.

As an aside, the very church that this man was the priest for, gave land to build a mosque.

“The mosque in Saint-Etienne-du-Rouvray was inaugurated in 2000 on a plot of land offered by the Catholic parish of the city.”

3. ISIS warn London ‘next to be attacked’ as UK churches put on terror alert after French priest murder

(I hope the Brits are well stocked with teddy bears, flowers and LED flood lights on all the major landmarks. Of course a few dozen bearded Wee Willie Winkies to hug to show no hard feelings towards the people and ideology that will have done this attack. After all, when you know an attack is coming, its important to be prepared. Forget the victims or explain they are the real aggressors and hand out the prepared speeches to politicians just like the few muslim leaders who bother with have their preprepared speeches condemning “terrorism” knowing full well that in Islam, terror must exclude jihad as thats an obligation to Muslims.)

London is next on the list of target cities for twisted jihadis along with the US capitol Washington DC, it has been claimed.

Images threatening attacks in London and other major world capitals have been posted on jihadi messaging app Telegram, according to SITE Intelligence Group.

One picture chillingly shows New York’s Statue of Liberty engulfed in flames but with the caption “Washington soon” – referring to the US capital 225 miles away.

The threat comes as security at British churches is being ramped up amid a new terror alert after ISIS knifemen forced a French priest to kneel before slitting his throat on camera.

4. The face of someone who would decapitate an elderly priest. 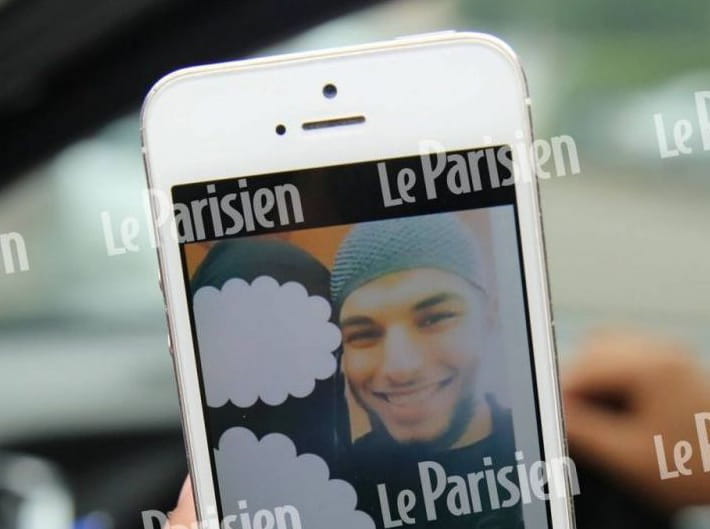 Thank you Richard, M., Xanthippa, kathy, Yucki, Wrath of Khan, and all who sent in materials and many are. Thank you. Please keep it coming.

Some older clips of Donald trump that are not at all damning.