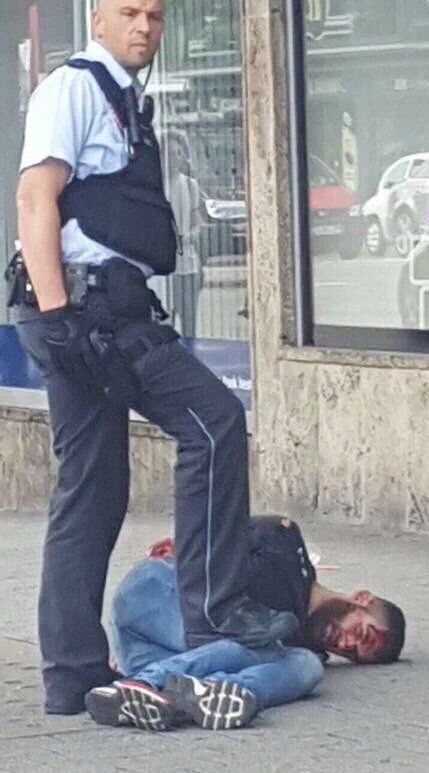 Two more people were reportedly wounded and the perpetrator was said to have been arrested soon after the attack. Police stated that the suspect is a 21-year-old male refugee from Syria. He is previously known to police for acts of violence.

He allegedly argued with the woman before attacking her.

The incident occurred in the inner city of Reutlingen, at the central bus station. Numerous passers-by were eyewitnesses to the deed.

“The perpetrator was completely out of his mind. He even chased a police car with his machete,” one witness told Bild newspaper. “A BMW driver then stepped on the gas and ran him over. After that he was lying on the ground, stretched out, and did not move anymore.”

The suspect is 21 years old. He has a police history of violent offenses and had been noted for previous deeds.

Thank you Egri, M., Xanthippa, and all who are sending in materials on this story. Please continue. Especially if there are videos related to, and showing the killer. Apologies to anyone I lost track of.

19 Replies to “Another fatal blade attack by a Muslim refugee in Germany.”