2. The USA under Obama/Lynch have gone full 1984 now, scrubbing aspects of the 911 call the Orlando killer made which do not fit the “Islam is peace” narrative.

Jihad watch has this on it:

“We’re trying to get as much information about this investigation out as possible.” Except, that is, any information that might shed light on the jihad mass murderer’s motives and goals, as his statements apparently contain too much about Islam for the administration’s comfort. They want to continue to pretend that Islamic terrorism has nothing to do with Islam. Omar Mateen’s unedited statements would apparently make that more difficult.

(Am I the only one who finds this horrifying? What is the difference between the Islamic State and the US one if they both force your thought process? Granted I prefer the information control one so long as its clumsy to the crucifixion, stoning and decapitation methods but the intentions are the same)

(No words can express…)

Rabat – The court of Zagora in southeastern Morocco sentenced on Thursday June 16 two young men for drinking water in broad daylight in Ramadan.

The two men, who work as porters for merchandise, were arrested on Monday, after they were caught drinking water in a local market.  Following their arrest, they stated that they were forced to drink, because of the extreme heat and the tiredness they felt after a long day of work.

The sentence could have been harsher if the court did not accept the mitigating circumstances that somehow played in their favor.

According to Telquel, the judge accepted as “mitigating circumstances” the prevailing heat in Zagora and the fact that the men’s act had no ideological or political dimension.

Punishing people for eating or drinking in public during in Ramadan is controversial topic in Morocco. In recent years, a number of human rights organizations have been calling on the government to amend the penal code. 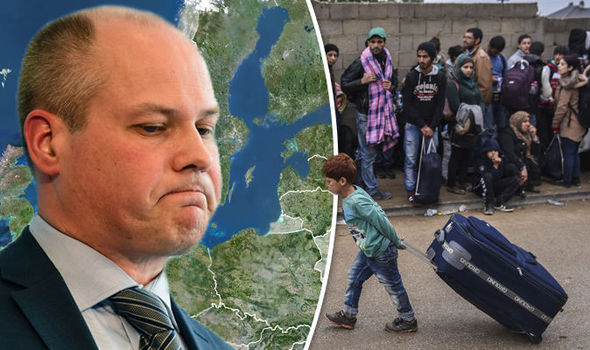 The Swedish Migration Agency claim there is reason to doubt as many as 70 per cent of asylum applicants who say they are between the ages of 15 and 17.

But doctors have hit out at the tests, claiming there is no reliable way to test someone’s age.

The nation’s justice and migration minister Morgan Johansson said: “This is not just about asylum procedure, it’s about the safety of the accommodation.

5. Here is a link to some gruesome photos of a crucifixion today (I think) in the Islamic State. Click at own risk. Its really only here for those who are in denial of the facts of Islam given unchecked reign.

Thank you Wrath of Khan, M., Xanthippa, Richard, and many many more who sent in materials.

Most likely more to come although today was invested mostly in editing, some of which you see on this site and some won’t be public till tomorrow.