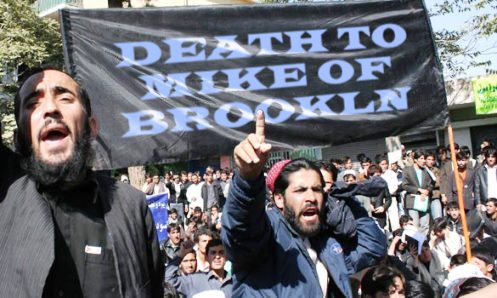 As the two SWAT commandos slid down their ropes, the chopper lifted for a moment, and one of them was dragged against the crane’s guy wire. He was flicked from his descent line, but he managed to grab hold of the thick steel cable. The helicopter dropped again, its rotors nearly intersecting the cable, but it banked away, dipped its nose, shot forward and corkscrewed downward, the other commando swinging out below its belly on the carnival ride of his life.

The unlucky commando was hanging onto the guy wire halfway out to the end of the jib, his feet more than a yard above the top pipe. He was trying to swing a foot up onto the lower end of the slanting wire, but he was too weighted down with tactical gear. If he tried to go hand-over-hand down the greasy wire, he’d slip and risk bouncing off the crane and falling twenty stories. Instead, the best he could do was to hook an elbow over the wire, and lock his forearm with his other hand.