1, Jihadi murders off duty high ranking police officer and his wife, stabbing them both to death. Multiple links here.

The girl was reportedly stabbed in Rennes, France, by an attacker marking the Islamic month of fasting.

He said the man, who had known psychiatric problems, claimed he heard voices demanding a sacrifice for Ramadan. 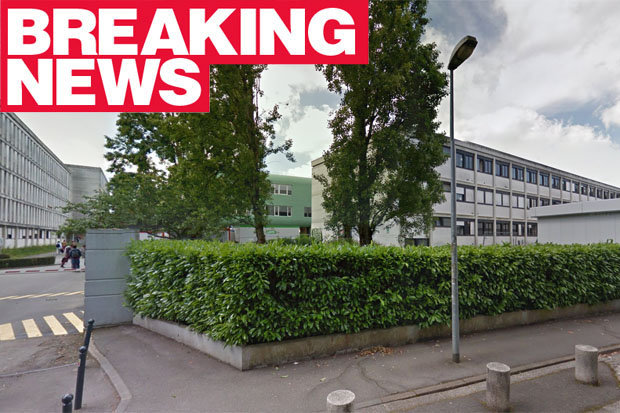 3. Sonia Bailley wrote a short punchy article on yesterday’s massacre in Orlando that is worth the time to read and offers a few rhetorical weapons of self defense as well.

President Obama, not to mention Bernie Sanders, is calling for more gun control.  Most Western world leaders and politicians are living in fantasyland when they blindly claim that guns are evil rather than condemn the supremacist ideology behind radical Islam, which believes that gays, non-believers, apostates, and others must die, as mandated in the Koran and other Islamic doctrine.  “We know enough to say that this was an act of terror and an act of hate,” stated President Obama.  Not a peep about radical Islamic terrorism.

Democrat nominee Hillary Clinton also refers to the Orlando jihadist attack as an act of terror and hate.  “Muslims are peaceful and tolerant people and have nothing whatsoever to do with terrorism,” Hillary tweeted in November.  If Islam has nothing to do with terrorism, then why was only an imam – and not a rabbi, priest, or swami – invited to speak at the first press conference after the Orlando slaughter at the Pulse Nightclub?

“As the father of two teenage girls, I am extremely concerned about this kind of advertising which can demean people, particularly women, and make them ashamed of their bodies. It is high time it came to an end,” Khan said.

The mayor added, “Nobody should feel pressurised, while they travel on the Tube or bus, into unrealistic expectations surrounding their bodies and I want to send a clear message to the advertising industry about this.”

5. This is how the world ends. not with a bang, but with a sanctimonious and ignorant university student.

6. Here are the 10 countries where homosexuality may be punished by death

(Click over and check. SPILER ALERT: They are ALL Sharia law zones)

7. This is a singularly interesting and perhaps even important clip. Watch this with as much attention and awareness as you can manage, while watching a Muslim cleric. Its a fascinating mixture of unusual honesty and classic Islamic deceptions. The interviewer seems to be in a subtle way, spiking the ball of leftist self deception. He seems to be upset that this cleric is telling the truth about Islam and its views of homosexuals and how they should be treated. The interviewer seems, in other words, to be upset that this cleric won’t support the narrative that Islam is a form of New Age Christianity. Its all quite subtle though and all may see this differently than I do.

Thank you Pym Purnell, M., Wrath of Khan, Xanthippa, GO., Johnny U., Richard and frankly many many more I have lost track of as I have more balls in the air than normal at the moment and some are hitting the ground I’m afraid. But you are all very much appreciated, in the comments, private Emails and Skype etc.