2. The first 9 seconds of this video is some of the finest video I have ever seen in my life. I may have to loop it and set it to music.

4. France looks more and more like Belgium as police lay siege to home of Islamic State Jihadi having meltdown in bathroom with a knife

A 24-year-old Sydney man arrested on terrorism charges is understood to be linked to alleged plots targeting government buildings.

The Bankstown man, Farhad Said, has been charged with one count of conspiracy to conduct an act in preparation for a terrorist act.

It is alleged Said is connected with a number of men already facing charges of possessing documents designed to facilitate a terrorist act.

6. Muslim woman promises London a “summer of terror”. Not that this has any connection to islam or anything.

NOTORIOUS British jihadi bride Sally Jones has issued a fresh threat to UK citizens, warning of a wave of terror attacks in London this summer. 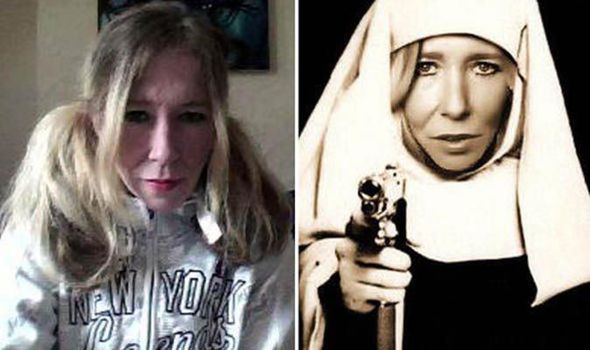 Sally Strummers as, The Firing Nun

Syrian refugee, Daham Al Hasan (47), who has fled to Denmark, has 3 wives and 20 children, and he expects the State to pay for them as he cannot work, according to himself.

So far he has received approval to get one of his wives and 17 of his children to Denmark, after he arrived alone. 3 of his children are too old to get approved for (automatic) family reunification.

8. So it seems that while the two BLM protestors were not arrested for terrorizing a Milo speech, the cameraman who had full permission from everyone to film the event spent a night in jail. So like totalitarianism everywhere, when you break the law to advance the narrative, you get a pass. If you try and inform the public about political reality, you go to jail.

9. The world’s toughest diplomat strikes again! Canadian ambassador who was hailed a hero after shooting dead Ottawa terrorist now takes on a protester at an Easter Rising ceremony in Ireland

Thank you M., Wrath of Khan, Johnny U., Tania G., Egri and Nash and all who sent in materials. Lots and lots more to come today as well.

Here is an interesting summary of a Hungarian News item about Poland and Hungary’s lack of cooperation with the Soros international communism project.

Here is an add for a Chinese (I think) detergent which would land people in jail if it was shown anywhere in the formerly white world. Anyone think the usual groups will object to it?

Now look at the culturally Marxist version of the same add

I think the message is clear here.

Meanwhile, what may be the greatest 20 seconds of video of the 21st century: