1. Report: Extremist group affiliated with ISIS operating in a mosque in Windsor, Ontario

Al Forqan Newspaper? (????? ???????) is bi-monthly magazine printed in Windsor, Ontario and distributed in Windsor, London and Detroit. Its founder, CEO and Editor in Chief is Mohamad Hisham Khalifeh (???? ???? ?????), a Canadian of Lebanese descent.

The magazine has a regular section called “The Secrets of the [Muslim/ Arab] Community”. In Issue 35 (December 2015 – January 2016, p. 2), Al Forqan revealed the following “secret” related to the local Muslim community in Windsor, Ontario:

“Regarding this issue’s secret, it is reported that there is a ‘hard-lined group’ which holds meetings at a Windsor mosque. They are members of an extremist cell affiliated with ISIS [a.k.a. ISIL, Islamic State, Daesh, Caliphate]. Therefore, we call on those in charge of the mosque to rectify the matter, and especially during this difficult time.” 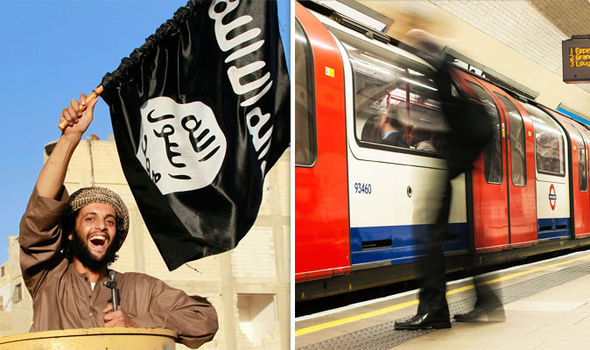 The deadly poison killed 13 people and seriously injured 50 more after a 1995 attack on Tokyo’s subway by the Aum Shinrikyo cult.

Earlier this year Russian officials revealed ISIS militants are using sarin – which can kill within a minute – against enemies in Syria.

(The guy lays a wreath at the Holocaust memorial and the media still call him “far-right”. I guess the only way to not be far right in Germany is to convert to Islam and marry another man)

JERUSALEM (Reuters) – The leader of Austria’s far-right Freedom Party, Heinz-Christian Strache, visited the Yad Vashem Holocaust memorial in Jerusalem on Tuesday, laying a wreath under the engraved names of towns in Austria from where Jews were expelled by the Nazis.

He said anti-Semitism had no place in his party and urged a common front against Islamists.

Strache’s party, which last year expelled a member of its parliamentary group for anti-Semitic comments, has sought to redress the worst of its past while retaining popular support with outspoken opposition to Muslim migration.

(German far left extremist agenda driven media is disgusting. They are nearly as bad as CBC)

(On the other hand, legacy media won’t report on this at all and if they do, they will not call the sect who issued this screed “Far-right”)

That this sort of Islamic hate is being waged in Canada should be worrying in light of the recent sectarian murder of Asad Shah, a member of the Ahmadiyya sect, by a devout Muslim who claimed Shah an apostate blasphemer. However my suspicion is that the Muslims of Calgary organization will be given a pass. Our betters insist Islam is a Religion of Peace after all and no one among them has the courage to upset that apple cart.

A web site called “Muslims in Calgary” has published the following anti-Ahmadiyya hate screed: Qadianiyyah in the light of Islam

(Note from BCF Qadiani or Qadiyani (??????? q?diy?n? in Urdu and Arabic) is a derogatory religious slur used by some South Asian Muslims to refer to Ahmadi Muslims, primarily in Pakistan. The term originates from Qadian a small town in northern India, the birthplace of Mirza Ghulam Ahmad, the founder of the Ahmadiyya movement.)

(This story deserves serious thought. The belief that the state OWNS these people who defected is 100% how the North Koran authorities think. It isn’t a rhetorical trick. They believe not so much that its abduction as much as its theft of people. Those of us raised under a rapidly diminishing culture of real liberalism where te individual is autonomous and has rights worthy of protection will not see it that way. But if we are to fight the North Koreans and the far-left wing extremists in our midst, we had better understand how they think)

A North (R) and a South Korean army soldier stand guard at the border village of Panmunjom that has separated the two Koreas since the Korean War, in Paju, South Korea, June 26, 2015. REUTERS/Ahn Young-joon/Pool

SEOUL (Reuters) – North Korea accused South Korea on Tuesday of abducting its citizens in China, four days after South Korea said 13 workers at restaurant run by the North had defected.

North Korea said the abduction of its citizens was an unacceptable provocation and it demanded their return.

“We sternly denounce the group abduction of the citizens of the DPRK as a hideous crime against its dignity and social system and the life and security of its citizens,” the North’s KCNA news agency quoted a spokesman of its Red Cross Society as saying.

Thank you M., Richard, Kathy, Kathy2, and many more. Its a crazy busy day and will be for the next couple of days I suspect. Stay tuned, more to come and apologies to anyone I lost track of and there will be lots of people who sent in fantastic stuff and I lost track of it. Check the daily links post.

4 Replies to “Islam and leftism poised to ruin any notion of individual autonomy: Links 1 on April 12 – 2016”