John McCallum, Minister for Immigration, Refugees and Citizenship, admitted that he has no answer to the question “How can we learn from refugees and conduct integration with them, not for them?”.

In a conversation with Ratna Omidvar, Executive Director of Global Diversity Exchange, at the 2016 Cities of Migration Conference in Toronto on March 2, 2016 (the video was published on YouTube on April 7, 2016), McCallum said that all Canadians are asked to help the government integrate the Syrian refugees in society.

He explained that the government – assisted Syrian refugees are the most vulnerable group of people, because on average they don’t speak the official languages in Canada, have “little education”, have “many many many many children”, have never been on an airplane and came from “a very vulnerable background.” The following is a transcript of McCallum’s answer (35:23-38:19):

3. Germany rapidly on its way to becoming sharia compliant, now, with women only rail carriages

Women are using the new female-only carriages that Mitteldeutsche Regiobahn is now providing on trips between Chemnitz and Leipzig as shown by footage shot on Friday. Women can be seen departing and boarding the gender segregated carriages at the Belgershain train station.
The train company introduced the female-only departments, situated between the quiet compartment and the service compartment, making the move in an effort to make women feel safe on their trains. Male passengers up to the age of ten are also allowed to travel in the carriages assigned for female-only use.

(So Germany is using the rightful fear of muslim migrants, the one the same German state brought in and denies are a threat, to justify making women ‘safe’ from them and introducing rules which are nothing less than anti civilization and sharia compliant. Fear of muslims, make us all live in an Islamic State. Germans, find the steel in your spine please)

4. Imam gives sermon to muslims at railway track border between Greece and

Prof. Fiamengo attempted to give a speech at Ottawa U a couple of years ago to discuss female privilege where a group of communists, chanting, blowing plastic horns and ‘singing’ the communist song, The International, closed down her speech. 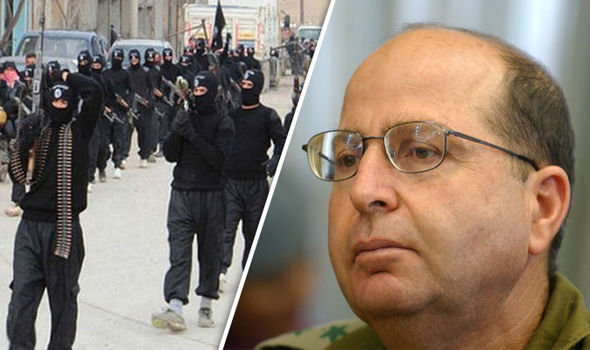 Defence minister Moshe Ya’alon has raised concerns that the devastating terror attacks in Paris and Brussels are the start of things to come.

Crazed terrorists fresh from war in Syria are also stockpiling weapons in Europe poised to strike using knowledge they have learnt on the battlefield.

8. According to a source, an armed group of militants in Syria has received no less than 85 heat-seeking missiles capable taking down aviation.

DAMASCUS (Sputnik) – An armed group of militants in Syria has received no less than 85 heat-seeking missiles capable taking down aviation, a source in Aleppo told Sputnik on Friday.

The source said the information comes from a conversation overheard between militants.

Thank you Gates of Vienna, M., Wrath of Khan, Buck, and many many more. Thanks for your contributions and more to come!

There has been a fantastic fund raiser on for Tommy Robinson to help get a decent defense for his latest round of prosecutions from the now totalitarian state of England. I had planned to do a sticky post the same as Gates of Vienna for him, but I have been hip deep in other related things and didn’t get to it as quickly as I wanted to.

People stepped up to the plate to support Tommy in a big way and the fundraiser is on going and you can join it over at Gates. But for those who wish to support Tommy in a more free market way, why not buy his book, which I am told by multiple sources is truly excellent and a really enjoyable read.

One thing is for sure. No matter how much is raised for Tommy’s defense at this time on these charges, the state has not finished with him yet.

4 Replies to “Germany takes the fast train to sharia compliancy and more: Links 1 on April 8 – 2016”