Blond haired activists with piercings and dreadlocks allegedly led three migrants to their deaths yesterday, distributing inaccurate maps and corralling them across a river. Hundred of migrants have been returned to Greece, and the activists walked free with €250 fines.

Around twelve to fourteen thousand mostly Middle Eastern migrants have been camped for nearly three weeks near the village of Idomeni, ever since the border between Macedonia and Greece was closed off.

2. [related] Migrant map to Europe: The leaflet in Arabic that sparked exodus of 2,000 migrants from squalid camp across a raging river into Macedonia – where they were told ‘buses are waiting’ to take them to Germany 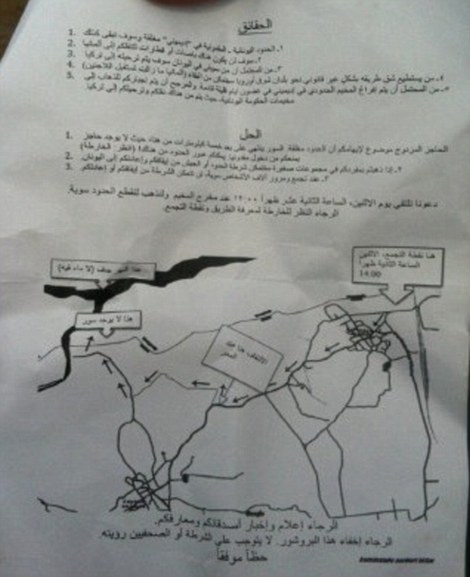 3. Fredericton asks Ottawa to delay next wave of Syrian refugees

Fredericton’s mayor is asking Ottawa to delay the next wave of Syrian refugees expected to arrive in the city.

The city is expecting another 200 or so, but Woodside said the city simply can’t absorb anymore right now.

“200 more, at this point in time, would overwhelm the community and the resources we have available to them,” Woodside said.

(and so reality begins to sink in even in Trudopia)

Does Labour, my party, have a problem with anti-Semitism? When someone like Gerry Downing, a member of the Socialist Fight organization, can demand that the “Jewish problem” be addressed, and then apply and gain party membership (albeit briefly), it’s clear that it might. And when Vicky Kirby, Labour’s former candidate in Woking, who was suspended after tweeting “What do you know abt Jews? They’ve got big noses and support Spurs. lol” gets readmitted to the party, one feels still greater unease.

5.  Washington DC subway to shut down for 29 hours for safety checks
(Cause that happens all the time in every city. Right?)

Washington DC’s subway system will be shut down for 29 hours from Tuesday night for emergency safety checks.

The unprecedented closure of the second-biggest US subway network will have an impact on hundreds of thousands of commuters.

Officials will carry out an inspection of power cables after a fire caused major delays earlier this week.

Last year, a similar incident caused a train to fill with smoke in a tunnel, killing one passenger.

All six lines and 91 stations will be affected. Some 700,000 people use the network daily.

6. Europe News, a left leaning org tat spins things to total misrepresentation, does this on Orban’s significant speech. We have it in Translation and look forward to seeing what he actually said.

But its mostly teachers complaining about textbooks

“Adversaries are developing kinetic, directed-energy, and cyber tools to deny, degrade, and destroy our space capabilities,” Hyten said in a prepared statement for a hearing of the House Armed Service strategic forces subcommittee.

“They understand our reliance on space, and they understand the competitive advantage we derive from space. The need for vigilance has never been greater,” the four-star general said.

Thank you M., ML., Richard, Wrath of Khan, and many more.

Several items were posted late on the 15th that are worth a look and more to come today.

8 Replies to “Leftist fined for killing illegals while helping them break in, much more: Links 1 on March 16 – 2016”