1. Teenager, 19, arrested after ‘man in his fifties was raped in the toilets at a Next store in Manchester’

A teenager has been arrested after reports a man was raped in the toilets of a major Manchester department store.

Police were called shortly after 11.30am on Friday after receiving reports of the alleged attack in the toilets of the Next store in the Arndale Centre.

It is understood a man in his fifties complained he was attacked in the toilets of the store which was busy with customers at the time. 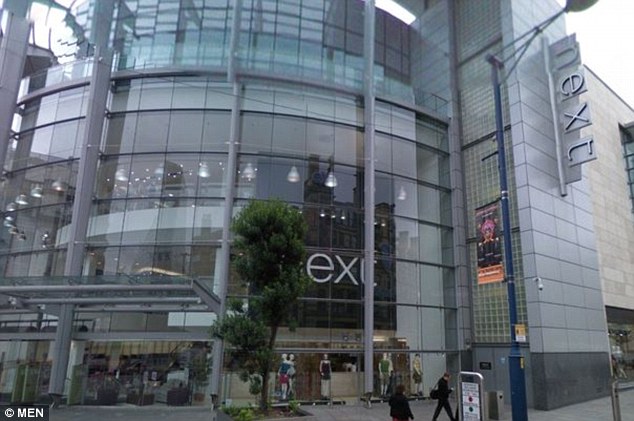 3. Workshop on methods of “sharing the message of Islam” held at the University of Alberta

(It needs to be understood that ‘Da’wah’ is not proselytizing in the way Christians or even Hari Krishna’s do it. It is preparing the ground for jihad. Da’wah is done right before the kinetic jihad as a rule)

MSA UofA states that its activities are aimed also at “people from diverse backgrounds and faiths” and that it is considered “one of the most active Muslim organizations” in Edmonton:

“In collaboration with other groups, and independently, we facilitate events that are enjoyable, memorable, and most importantly bring people from diverse backgrounds and faiths together to create a community of understanding. Our events attract students from campus, as well, as people from off campus. Alhamduillah (All Praise belongs to God), we are one of the most active Muslim organizations in the city despite the fact that we are only a student group. We have had numerous events discussing different topics with great guest speakers. We hope to continue in this endeavor of success, in sha Allah (God willing).”

According to the MSA UofA, one of its past guest speakers was Abdur Raheem Green (born Anthony Vatswaf Galvin Green), the founder of iERA international which established branches in Canada under the name iERA Canada.

Tunnels big enough to fit a truck have been discovered by the Egyptian military on the Sinai-Gaza border. These tunnels are allegedly the source of weapons being used by ISIS and Islamic Jihad in the peninsula, and point to a thriving weapons industry in the Strip.

5. Islamic State releases video that appears to threaten Israel with a promise to come to the aid (I think) Of ‘Al Aqsa mosque in Jerusalem. The mosque which is a classic example of the intended use of these buildings, which is to say as a beachhead.

6. Horror of life in Syria under the Islamic State

more and from Allen West

Man who attacked trump has interesting history and allegiances. Its almost like he is a Muslim who hates America or something.

Thank you Pym Purnell, M., Sassy, Oz-Rita, Wrath of Khan and many more. More to come.

Public trust in mass media appears to be about 20% higher than it should be.