(For the moderate muslim files) 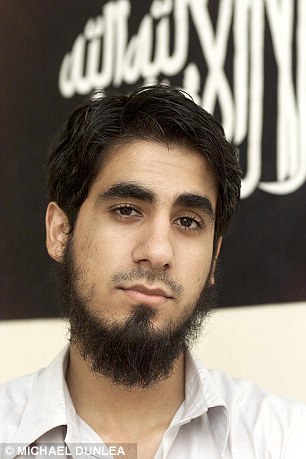 A notorious Islamic extremist who went on to advise Labour Ministers as a ‘reformed jihadi’ has been arrested on suspicion of funding terrorism after allegedly running a £1.2 million scam on eBay.

Hassan Butt, who once boasted of recruiting hundreds of Britons for the Taliban, is accused of conning thousands of customers out of money, after advertising and taking money for iPhones and iPads via the online auction site but never delivering the products. […] However, police suspicion that Butt was an extremist and terrorist sympathiser never went away, and before the latest arrest, Butt had been detained by anti-terrorist detectives five times on suspicion of terrorism.

2. Australia: A Radical Muslim group has been found guilty of discriminating against women after making them sit at the back of public meetings.

(I guess they will just have to declare all public meeting are actually in mosques and then make all the women sit in the back. Problem solved. Force Australia to sharia a little faster.)

(Video is very low quality. Will try and track down one which is at least 360)

(I’m willing to bet that this same woman with her same objections would be eerily and uncharacteristically silent when cities ban KFC’s, McDonalds, Burger Kings and so on in order to preserve the cultural heritage of their towns, cities and architecture)

5. Muslims redefine the term, ‘border town’ at the Greek border with Macedonia

7. Germany sets up explicit website telling Muslims (and other North African immigrants presumably) how to have sex etc. with german women. Some of the explicit drawings are not in this article but should be available on German govt. site once I find it)

8. Muslim procession in the UK

9. Warrant issued for Ismael Habib under suspicion of terrorism

(Be interesting to find a real picture of this guy. I suspect CBC is indulging in a little racist pink painting)

Thank you M., Richard, Shabnam, Nash Montana, Buck, Gates of Vienna and all who sent links in. More to come. In fact a great deal. A fantastic 25 minute speech by Geert Wilders ready tonight!

Here is a worthy comment about the steady diet of excreta we are fed by the political elites and media from Daffers.

Palestinian Media Watch had their Youtube account terminated for the usual reasons. Exposure of threats and hate speech can be turned around thanks to moral relativism and called hate speech and prosecuted and convicted while the speech it exposed goes on unmolested. Here is the link to the article on this. PMW asks you, and instructs on how, to go to the YT main page and complain about this.

Altogether this should take under 90 seconds and is well worth the effort and costs nothing. MEMRI had its channel shut a couple of times and they got it restored. So we can win this and need to as well.